It's highly probable, my heavily muscled friend, that you are a yo-yo dieter. (You're probably a bed wetter too, but that's the subject of another article.)

While once thought to be the purview of women who watch daytime TV, bodybuilders are just as likely to suffer from the metabolic effects of frequent weight fluctuations.

Add to that the very real concept that yo-yo dieting "awakens" fat cells that were previously non-functioning and you've got yourself one hefty case of metabolic damage.

And although one might argue that many of these variables return to normal in a few weeks or even days post-diet, researchers know "...studies have demonstrated that full recovery from weight loss may take months or years."(12) For purposes of illustration, let's compare two mock case studies, one focusing upon a serial dieter who reads too many tabloids and the other of a less typical, 20-something male bodybuilder.

Maggie is 38 years old, depressed, frustrated, and fat. She just doesn't feel like herself anymore. Looking in the mirror at her butt she thinks: "Can that thing really be mine?" She's too young to feel this way. She's lethargic, cloudy-of-mind, and embarrassed of her appearance. It is true that she wasn't always heavy. That junk in her trunk was never enough to open a salvage sale before! So what happened?

Unbeknownst to her at the time, Mrs. McButterpants started down a primrose path at a younger age. When she was 26 she decided the "Freshman 15" she had added in college now had too much company.

She wasn't fat, per se but wanted to lose 10-15 vanity pounds. She decided to fast for a few days to "get the ball rolling," then switch to a fast-slim drink mix from the local grocer. You know where this is going. She lost 4 pounds in the first week – half way to her goal. Hurray! But alas, somehow, two months later she had gained back the total of eight pounds she lost, plus three more. How could this be? (Of course we know, just see paragraph four of this article).

A year later, a magazine with a grapefruit-based diet made its way to her desk at work. Mrs. McButterpants stopped eating anything but these bitter fruits for three weeks. It was tough but worth it. She dropped four pounds in the first 10 days. "Hmm; pretty good progress," she thought.

A supportive boyfriend agreed and complimented her. But you know where this is going. She kept up the diet, increasingly with "modifications," for another three weeks. Yet within two months she had gained five pounds and within three months she had gained a total of eight. Guess why. Talk about reaping bitter fruits.

Then a friend at work recommended a cortisol-related (or was it growth hormone-related?) slimming supplement. Her friend insisted that her niece melted fat while she slept. No effort necessary, according to this colleague, just a pill at bedtime. It was expensive but as the marketing persuades, "sometimes a pill is worth that second mortgage" (or something like that).

After all, she was indeed now fat beyond a few vanity pounds. She lost a pound and a half in three weeks, perhaps from water losses due to eating fewer carbs, perhaps from more attention to her diet, and admittedly perhaps even in part due to the pill.

Disappointed and emotionally distraught, Mrs. McButterpants gave up... until the next diet came along.

Mike is no dummy. As a "former fat boy" (FFB), he's not about to go back to dough boy status. He's not about to act like some fasting, starvation-diet-struggling housewife. After all, he's been reading muscle magazines for two years!

Armed with this newfound enormity of "knowledge from the pros," he decided to compete. For his first show he "dieted" (restricted) pretty harshly for 12 weeks, checking every nuance of his aesthetic progress often. Although tough, his discipline got him through. To make a long story short, he dropped his relative fat percentage from 14 to an amazing 5, although he didn't place.

But Mr. Mirrorowski would not be defeated! After taking some time to bulk up and add 8-10 pounds of "mass," he redoubled his efforts later that year, this time extending the diet period to 16 weeks.

He now targeted carbohydrate reduction to a much greater extent. Fatigue hit hard, even though it did become less severe over the first couple of weeks. The aesthetic flatness bothered him during his frequent mirror checks, but the guys at the gym knew about his contest preparation and previous defeat. There was no turning back.

He struggled onward with religious post-workout "cardio" and energy deprivation, eating between 1600-1800kcal from the get-go. Again, Mike was partially rewarded with a very low percent fat, perhaps 3-4%, and placed fifth (out of eight) in a local show.

Motivated by his relative win and greater effort, Mr. Mirrorowski competed one or twice per year with his "successful" formula, for the next six years. Although he may have only added two to three pounds of actual muscle mass over this time, he felt stirrings of pride.

He was indeed a disciplined lightweight competitor. Sometimes he placed as high as 3rd, sometimes he didn't make the final cut due to "judging politics." On the years when no competitions landed in the spring or summer, he would diet a second time, getting ripped "out of self respect" during these poolside seasons. As he aged a bit, he did notice that pre-season prep became tougher, but he now had the experience to know that sometimes a harsh, disciplined diet took 22-24 weeks or even a little more.

By the time Mike was 35, however, he noticed that despite thrice weekly lifting (he had to work at the office more these days to support his home, so five times weekly was out), he was probably in the upper teens, body fat percentage-wise. And he weighed about 15 pounds more than he used to as an off-season twenty-something.

Considering work demands, he had a hell of a time losing more than three to five pounds and each time he tried, it came back fast. And let's not even get into the annual few pounds of fat gained during the holidays. Ultimately, before he was even 40, Mike was no longer a FFB. In fact he was closer to his old full-blown FB status than he ever imagined back when he was competing.

But perhaps you're thinking that it's blasphemy to even compare a typical American housewife to a bodybuilder! In part you're right. I'll tread carefully. I'm no psychologist but I do know a few things about the human body, so let's consider something else.

What do you think these two cases are like biologically? Take a minute and pick out the differences and similarities. Sure, Mr. Mirrorowski weight trained, apparently preserving, if not adding a little muscle mass. This is a huge difference from the housewife. But how much muscle do you think he might have added over six years without bi-annual diet phases? Could he be a middleweight? Would he have gotten big enough to get noticed with his shirt on?

Maybe over the course of his adult life he would have a better, stronger, more athletic physique had he focused more on healthful, aggressive lifestyle habits and less on the mirror. He may even have felt more content and less anxious with this latter approach – even as he aged into to a 40-year-old body of which he could be proud.

What strikes me about these two examples is the weight cycling that's going on. Lose 10% of your body weight, then gain it all back. Lose 15 pounds, then gain 17 back.

Whether it's luncheons with coworkers ruining a diet, or ramped up eating and relaxation after contest season, the physical effect is similar. This weight cycling effect has indeed been observed in healthy young active men on a 1000kcal daily deficit over eight weeks:

I don't think that bodybuilder-specific rebounds are as detrimental as those described in a fairly grisly talk on yo-yo dieting by Frank Katch at the 2004 ASEP conference, but I do think that over time, body composition and performance suffer. Aside from carefully chosen, rare competitions (which allow realistic time for actual physique change among natural guys, incidentally), I'm going to agree with researchers who state:

"Although conclusive data regarding long-term health effects [disease not aesthetics] of weight cycling are lacking, nonobese individuals should attempt to maintain a stable weight. Obese individuals who undertake weight loss efforts should be ready to commit to lifelong changes in their behavioral patterns, diet, and physical activity." (1)

I don't expect many readers to stop "dieting" (getting into negative energy balance for months at a time) just because of me. I know that I'm not going to change the whole subculture of bodybuilding and fitness. I've been there. Back stage. On stage. You name it. Indeed, I know that competition and other events sometimes call for it. What I can do, however, is to help educate readers with a few damage control suggestions. Note that some of these are best guesses from animal data, personal experiences with realistic time frames, etc. Here we go...

I guess in the end I'm just saying that frequent frivolous target-date types of diets are not the best solution for a heroic, truly athletic body. This is particularly true as we age into what could be peak physical years (30s and 40s).

As a 30-something, I am fatter than I used to be and I believe weight cycling had something to do with it. Now, I don't regret strategic, clean mass-building phases but I do think I dieted and bulked (weight cycled) without full awareness of possible consequences. I didn't realize that fat gain is actually easier when someone has cut his work outs and "dieting," compared to someone who's been steadily sedentary all along.

I didn't know that there was literature out there (however controversial) that heart disease and other risks could increase. I want to keep yo-yo syndrome from happening to you.

All I ask is that you plan your post-diet phase just as carefully as you planned your cutting phase.

Here's to a heroic, year-round physique!

Diet is the hardest piece of the puzzle for most lifters and athletes. But these tips will lighten the load. Here's how to eat better with ease.
Diet Strategy, Feeding the Ideal Body, Nutrition & Supplements, Plazma, Protein
T Nation February 21
You've heard it before: "Breakfast is the most important meal of the day!" Or perhaps you've heard it stated in reference to a long night of liver depletion and fasting catabolism: "Break the fast... breakfast!"
Feeding the Ideal Body, Nutrition & Supplements
Lonnie Lowery, PhD June 15
As kids, we all looked at superheroes with a sense of awe – not just for their heroic acts of fending off the bad guys, but also for their seemingly flawless muscular bodies. In fact, I know of more than one guy who started working out in order to emulate their favourite superhero.
Feeding the Ideal Body, Nutrition & Supplements
Dave Barr November 22 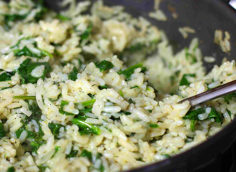