Maybe your man has the emotional depth of a canned ham and Dante needs to come up with a whole new circle of Hell to store his wickedly smelly socks, but you can forgive him for that stuff. Mostly. But what you can’t forgive him for is how easily he loses body fat compared to you.

His idea of dieting is passing on the third helping of lasagna and lazily peddling away on the exercise bicycle while he reads a single page of a new Clive Cussler book. Sure enough, he’ll lose five pounds by Tuesday.

But you? Ha! You spend every lunch hour since Labor Day lifting weights and flailing away on the NordicTrack ski machine and if anything, your bra bulges have gotten bigger. You’re even thinking of naming them.

That’s no reason to kill your man. Not really. This one’s not his fault. It’s just that when it comes to weight loss, women have certain disadvantages. That’s not to say there aren’t ways to overcome them. First off, though, you need to know what you’re up against.

That means women tend to get fat right under the skin, where it might be more noticeable in a bikini, whereas men are more likely to store fat around their organs, where it’s not quite so noticeable. 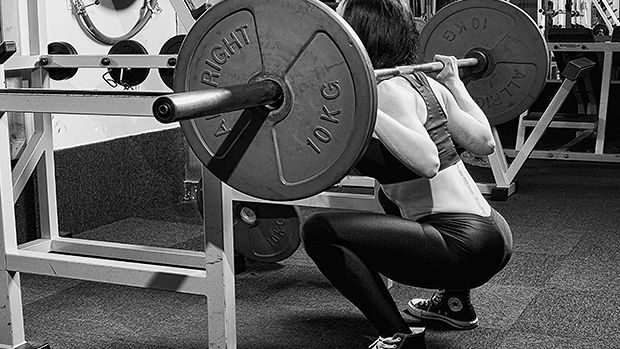 The Truth About Exercise For Fat Loss

You know how I just explained how women are at a metabolic disadvantage when it comes to exercise and fat loss? Well, now I’m going to tell you to ignore it, because it doesn’t much matter. The truth is, when it comes to fat loss, male or female, exercise is really an ineffective way to do it.

Some women (and men) try to lose weight by lifting weights, or lifting weights and taking really brief rest periods. You have to consider that the highest recorded energy expenditure during a weight lifting workout is a smidgeon higher than 8 kcal per minute, which isn’t much different than what you’d burn if you were out in the garden carrying a bucket to water some begonias.

If that example isn’t stark enough, doing a single rep of most weight lifting exercises doesn’t burn any more calories than sitting in a chair, just breathing.

Maybe you figure you’re different because your rest periods are short. The dead skin cells you showered onto the bench during your previous set haven’t even settled by the time you start your next set. Nice theory, but that just shortens the total duration of your workout, which means the total metabolic cost of your workout is less than you assumed.

There is proof, however, that a weight workout temporarily blunts the appetite, so at least you’ve got that going for you.

Maybe you’re thinking that this info regarding lifting and fat loss doesn’t apply to you because you’re one of the ones who spends an hour or two on the treadmill. To quote the episodically wise Dr. Phil, “How’s that working out for you?”

It probably isn’t, because the energy expended by cardio is also really, really, mediocre. However, if you’re okay busting your butt on any manner of cardio equipment for a half hour, only to burn up the energy equivalent of a handful of Tic Tacs, be my guest, my sad, moist, still somewhat pudgy friend.

So What Can Women Really Do About This?