It'll require hard training and smart eating to lose fat and keep it off, but there are several unexpected things that make the process easier. Think of these as fat loss accessories – cool things that'll contribute to a better body.

Cleaning up your house makes it easier to clean up your eating. You've probably sensed this, and now one study backs it up: a chaotic environment and an out-of-control mindset can wreck your diet.

But you don't need a study to tell you that stress makes eating crap really easy. As any stress-eater knows, your surroundings and mindset contribute to your behavior around food. De-cluttering is a great way of de-stressing your environment. If an out-of-control mindset is what's making you turn to food, then taking action is the best way of gaining back control.

Clean your kitchen. Organize your fridge. Tidy up your office. Keep the house from building up stressful clutter. And don't let the inside of your car get mucked up either. This is important if you tend to grab food on the go. Test it out and you might be mentally prepared to make the best choices given your circumstances.

The bacteria in your gut can drive cravings and increase or decrease your metabolism. Researchers have also found that the gut microbiota of the obese is different than that of lean people. And not only is it responsible for triggering a greater appetite for junk, it may also make it harder metabolically to get lean. So optimizing your gut's microbiome can improve your body comp by improving your food preferences and metabolism. How do you cultivate healthy gut flora? A few ways:

Rudy Mawer has written about this before. Certain starchy foods have a beneficial effect on gut flora and metabolism. They can act as prebiotics and feed the good bacteria already present. Starch coming from stuff like potatoes, beans, and oatmeal can all be beneficial. And they're even more effective when cooked then cooled before eaten. Cold baked potatoes!? Yes. They'll grow on you.

Some doctors seem to prescribe them and other meds liberally, even when they're not necessary.

Keep obesogenic foods to a minimum.

Will Probiotics Make You Leaner?

Maybe. Researchers did a study using 20 healthy young participants who were overfed a high-fat, high-calorie diet. One group was given the probiotic, VSL#3, while the other was given a placebo. The group who took the probiotics gained significantly less fat than the placebo group over a period of four weeks. So the use of probiotics may be helpful for preventing fat gain. If your gut bacteria is messed up, a high quality probiotic supplement may improve it.

Studies have also shown that probiotics can have an anti-anxiety, mood boosting effect. And anxiety goes hand in hand with excess cortisol production and even stress eating, which can make fat loss difficult when combined.

But the research is mixed. Another study has shown that certain species of bacteria, like Lactobacillus Acidophilus, a common one in probiotic supplements, can have the opposite effect: fat gain. But don't freak out if you're taking probiotics. Use them when you need them.

The bottom line is that obesity is associated with dysbiosis (messed up gut bacteria). So if you're already relatively lean, you don't have any digestive distress, and you're a healthy pooper, then probiotic supplementation isn't necessary for you – at least not continuously. Consider them if you've been taking antibiotics or other meds.

Being a negligent dog owner won't do you any good, but being a GOOD dog owner means the benefits will come right back to you. People with dogs live longer, have lower blood pressure, and experience lower incidences of heart attacks. In terms of fat loss, having a fur baby does a few additional things.

It increases oxytocin; it forces you to move more (especially if you get an active mutt); it decreases stress which is good if you're prone to stress-eating; and it may also increase your good gut bacteria.

Researchers have been studying the relationship between healthy gut bacteria and dog ownership. They believe living with dogs may have a probiotic effect. Science has already shown that people who live together share common gut bacteria, so you can see how this might also be true for pets and their owners.

How can sharing the same gut bacteria as your dog be beneficial? Maybe the same reason why it's good for kids to play in the dirt. Researchers haven't really gotten into how a dog's gut bacteria would benefit humans, but in our ultraclean, anti-bacterial obsessed, and antibiotic-pill-popping world, we're deprived of the dirty things that may actually make us healthier.

We also don't spend much time in the sand and soil. Sure, we'll pick up the latest bacterial infection at the gym, but we're likely not getting or spreading the good stuff... unless we're exposed to it by dogs, kids, or our own dirty outdoor adventures.

Romance, affection, sex, and all that stuff – it's not just about the calories burned in the sack. The "love-hormone" oxytocin has an inverse relationship to obesity.

One study has shown that mice with low oxytocin production and fewer oxytocin receptors are actually prone to fat gain even with a normal calorie intake. Which means the hormone plays an important role in metabolism regardless of how you eat. Researchers then gave obese rodents oxytocin and saw increases in weight loss and insulin sensitivity.

Getting busy – and actually enjoying it – has a positive impact on your ability to recover from hard training. Constantly racking up physical stress without downtime and the production of hormones like oxytocin is a surefire way to run yourself into the ground.

From your own personal experience, you know that good relationships and intimacy lead to stress relief. And stress relief leads to decreased cortisol production, decreased cortisol production allows the body to produce more testosterone, more testosterone contributes to more fat loss. Yes, this is a big oversimplification of the process, but the hormones are all interconnected. And sexy-time creates a domino-effect of benefits.

Carbs have gotten a bad rap because of insulin. Insulin is the hormone responsible for transporting energy into our cells, whether they're fat cells or muscle cells. Insulin is a highly anabolic hormone, more so than testosterone, which means that if you're trying to tamp down your body's production of it through chronic low-carb dieting, you'll likely struggle with building muscle.

In a perfect world, we'd all be able to eat plenty of carbs and produce insulin that would then shuttle those nutrients straight into muscle cells, increasing our stamina, strength, energy, performance, and sweet gains, bro. But instead, many of us eat carbs, then experience a spike in insulin, which then carries those nutrients to our fat cells and stores them. Without getting used, this accumulation becomes snuggly padding on our thighs, hips, waists, etc.

So what's the solution?

Lots of things can improve the way our bodies handle carbs, like lifting weights, getting enough sleep, and doing explosive jumps (according to Coach Christian Thibaudeau they don't just increase insulin sensitivity in muscle, jumps also jack up your metabolic rate). Obviously this isn't an exhaustive list.

But another fix is Cyanodin-3 Glucoside (C3G), sold as Indigo-3G®. It partitions nutrients toward muscle instead of fat, which means insulin sensitivity increases in muscle, driving nutrients preferentially into muscle cells.

C3G has been the most remarkable thing that's worked for me when it comes to carb intake and insulin sensitivity. I was a low-carb dieter for years because eating that way worked for me at one point in time, but habitually depleting my body of carbs eventually stopped working. (I looked chubby and couldn't poop.) And it didn't matter how much gym time I racked up, my body didn't respond well to a mostly meat and veggie diet. Nor did my stamina, power output, strength, or day to day energy. So I reintroduced carbs when I started using C3G and put them to work in the right places.

Yes, you can eat quite a lot of carbs and not get fat. You just have to fix the underlying issues. Indigo-3G did that for me. And now I feel sorry for people who are chronically trying to cut starches.

Studies have shown that cannabis use is related to a smaller waist circumference and lower fasting insulin levels. And now you're thinking, "correlation is not causation." Sure, more research needs to be done before we can say how, and to what extent, it may impact the metabolism.

But even so, there are a whole lot of lifters and athletes using it in states where it's legal because they're seeing improvements in performance, recovery, and sleep, along with pain relief and stress relief. These people don't need to see a study to know they're recovering better and training harder. And they're serious enough about their fitness that they'd stop using it if it made them worse athletes.

Research thus far has revealed that cannabis can improve gut microbiota in the obese, reduce their calorie intake, and prevent fat gain. They've also found a lower prevalence of obesity and adult onset diabetes among marijuana users than those who've never used marijuana before.

Some researchers estimate that laws allowing medical marijuana use would reduce obesity-related medical costs by over 100 dollars per person, per year. These researchers believe that for the elderly, cannabis reduces aches and pains allowing them to be more active. They also speculate that non-elderly marijuana users stay lean by using cannabis as a replacement for alcohol.

How would marijuana benefit a lifter? A couple different ways. First it contains compounds that make it a potent anti-inflammatory. And second, the species, cannabis sativa, makes people feel mentally focused, uplifted, and motivated, while another species, cannabis indica, makes people feel tranquil, unstressed, and helps them sleep better. And no, people who get these benefits aren't all couch potatoes or unemployable potheads. Many aren't even smokers.

Cannabis can be consumed in a myriad of ways including low or no-calorie edible products, mints, lotions, transdermal sprays, and sublingual supplements. And those who use them responsibly are often normal, successful, fit people... kind of like those who enjoy alcohol responsibly. And although alcohol doesn't have the athletic benefits, marijuana in some ways is a lot like it: best used judiciously. If you consume too much like a jackass, you're going to have a bad time. And if all you do with your time is consume cannabis, then you will become the pothead stereotype.

Obviously it's not a "magic pill" for weight loss. You can't treat your body like crap in every other way and expect to get lean by getting high. Plenty of fat people use marijuana. But if you're a lifter who wants to kick back with friends, cannabis is probably the better option for your body comp goals than cocktails, Coors, or even Coca-Cola.

Most people think nicotine is a cancer-causing drug because it's in cigarettes. All they know is "nicotine is bad because smoking is bad!" But no. It's tobacco and additives that contain the tar, carcinogens and other bad stuff.

Nicotine is a mental stimulant, ergogenic aid, appetite suppressant, and focus enhancer, a lot like caffeine. The Japanese have even put it in their energy drinks. Just don't start using it unless you're okay with potentially footing the bill for multiple boxes a month for a long time. Nicotine is highly addictive, even in gum form. It may not be much of a health-hazard, but it's a money-gobbler.

In my opinion, caffeine is a better stimulant. But many bodybuilders have used nicotine to help with appetite suppression pre-contest. Consider it, with caution. 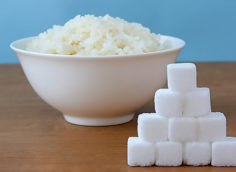