Gluten is a divisive issue. Many believe that unless you have celiac disease, it's nothing to worry about, and avoiding it is just a fad. But recent research has shown that most of us would be better off avoiding gluten and its wheat-protein cousin, gliadin.

If you just look at the numbers, there isn't much of a difference between pasta and rice. Both have about 130 calories, 25 grams of carbohydrates, a gram of fat, and very little in the way of vitamins. However, wheat pasta contains gluten and gliadin. More and more studies are showing how both contribute to the release of something called "zonulin," a protein that modulates the permeability of tight junctions between cells of the wall of the digestive tract. (1, 2).

Researchers are finding that zonulin opens up the spaces between the cells of the intestinal lining, a problem associated with autoimmune diseases and cancer (1, 3, 4, 5, 6). These spaces are indeed supposed to open up naturally, but zonulin basically causes them to open up too much.

If you think about our intestinal lining as a pipeline, zonulin puts big holes in it, allowing substances into parts of our body they don't belong, causing hosts of problems such as allergic reactions.

It doesn't matter if you're celiac or not. This is how our bodies are responding to the wheat we're eating today. Our bodies look at certain components of wheat as a harmful substances, like bad bacteria, and zonulin is released to open up the tight junctions in our intestinal lining (1).

If we're able to keep a strong and intact intestinal lining then we can keep food where it's meant to be, optimizing digestion and limiting any adverse food reactions. This is likely a huge reason why so many people that are non-celiac are going gluten-free – because they feel and perform better without wheat and other gluten-containing foods (7). 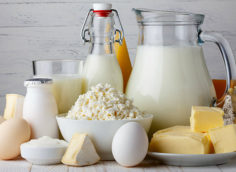 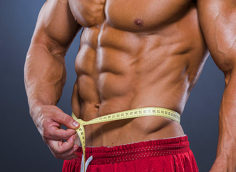 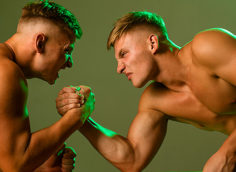