Pocrescophobia. It's the fear of gaining weight, and I see a mass onset of it every time I'm around health-conscious people at a party or special event. All it takes is for them to eat just more than they normally might, or worse yet, eat some foods that are heavy on the carb and fat side.

It's almost like that Birdbox movie, where catching just a glimpse of one of the monsters is enough to drive you insane with fear, but instead of throwing yourself in front of a UPS truck, pocrescophobians rush to the nearest mirror, strip naked, and nervously palpate their abs for any sign of laxity or tubbiness in general.

The thing is, overeating at a single meal won't make you fat, even if the "overfeed" is Caligulian in scope. In fact, it's unlikely you'll gain a single ounce of it and there are some good studies to back that up.

Scientists fed a cohort of healthy men a single meal of bread, jam, and fruit juice that totaled 480 grams of carbohydrate (about 1,900 calories), about 8 grams of fat (about 70 calories), and a smattering of protein (1). The scientists then tracked their metabolic responses for 10 hours.

The bulk of the carbohydrate was converted into glycogen (346 grams) while the other 133 or so was burned as fuel. It's true that their bodies converted some of the carbs to fat through a process called de novo lipogenesis (DNL), but it was only a measly 2 grams.

However, during the 10-hour follow-up, the subjects burned 17 grams of fat. That's 7 grams more fat than the combined total of what was in the meal (8 grams) and the fat they manufactured through DNL (2 grams), so they burned an additional 7 grams of body fat after the meal.

So the gross overfeed led to zero net fat accrual.

Another study soaked their subjects with carbs for multiple days. Healthy young adults consumed 150% of their daily caloric requirements for five days straight, but the extra 50% of calories came purely from carbs (684 grams, or 2,736 extra calories per day) (2).

The amount of fat manufactured (through DNL) by this practice was 10 times what you'd have seen if the subjects were on a maintenance diet, but it still only amounted to 5 grams a day.

So five days of pigging out only led to a gain of 25 total grams of fat, or approximately one eighteenth of a pound of fat. That's an amount so small that it probably wouldn't even cause an anorexic to blink.

Make no mistake, you do gain weight after a piggy meal, but as stressed by researcher Alex Leaf on an article on the subject (3) and pointed out above, the added weight is unlikely to be fat or at least any substantial amount of fat, especially if the meal or meals is a rare occurrence or limited to a short period (like a one-week vacation).

That's because several things happen when you eat the equivalent of all the foods from column A off a Chinese restaurant menu. Much of it's stored as glycogen in the liver and muscles, and along with each gram of stored carbohydrate comes about 3 grams of water.

The amount of glycogen stored varies enormously from one individual to another and may be particularly large in weightlifters, athletes, or muscular people in general, especially if they've worked out that day (thus depleting glycogen to a certain degree).

Then there's the effect the food itself has on the body. Eat a bunch of food and your body temp goes up as it struggles to process it (diet-induced thermogenesis). (Protein is the most "expensive" to metabolize, whereas fat is the least expensive.)

Some of it's also burned up from NEAT, or non-exercise activity thermogenesis, which is the energy we expend for everything that's not sleeping, eating, dancing, or doing sports – things like walking, typing, performing yard work, and even fidgeting.

The rest of the actual weight gain is heavily influenced by the amount of sodium and water in the meal, both of which affect blood volume, and then there's the actual weight of the food that's slogging through your digestive tract.

All of that gained weight, though, is much more transient than adipose tissue (fat). 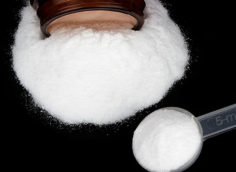 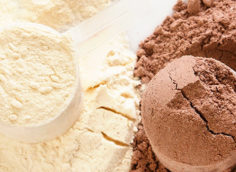