All of us diet and nutrition types were pretty sure we knew all the causes of Type 2 diabetes. Whenever the topic came up, we'd look for the nearest soapbox, hook our thumbs in our suspenders, and start to drone on about its causes.

We'd tell you how this here disease, folks, is brought about by obesity and physical inactivity in general, but that there's a genetic component, too, friends and neighbors, and that it's more prevalent in African Americans, American Indians, Hispanics, and Pacific Islanders.

We'd then stroke our chins and get all sciency, blathering about how all you were all led astray by the devil and ate too much sugar and carbs or food in general and it forced your pancreas to work overtime until it, like John Henry competing against that steam-powered drill, plain tuckered out.

Insulin resistance ensued, followed by fatness and inflammation and flop sweat. And then some of us would try to sell you an elixir to cure the disease. Even so, none of us really knew the exact molecular mechanism by which all this occurred.

It may be, though, that some scientists at the University of California, San Diego, just kicked that soapbox out from beneath our feet. They found that when test subjects – either healthy or diabetic – ate a high-calorie, high-carbohydrate meal, it led to insulin receptors on cells in the bloodstream being literally EATEN away, paving the way to insulin resistance and diabetes.

Professor Paul J. Mills and his colleagues recruited 30 people who fell into one of three groups: healthy, pre-diabetic, or Type 2 diabetic.

All of them were then fed a McDonald's breakfast consisting of an Egg McMuffin, two hash browns, a glass of orange juice, and a McCafe hot chocolate. Blood tests were taken before and after the meal.

After eating the high-calorie, high-carb meal, participants from all three groups exhibited higher amounts of enzymes in their bloodstreams. These enzymes, initially released in the stomach to digest the McDonald's meal, leaked through the gut and then continued to digest proteins, including the insulin receptors on cells in the bloodstream.

Normally, these enzymes (proteases, in this case) remain in the stomach, but something about this meal – either the high calories, the high amount of carbs, or the processed nature of the meal – caused intestinal permeability to increase, enabling the digestive enzymes to continue on their destructive path.

While, as stated, this "leaky gut" thing happened in participants from all three groups, the amount of proteases was lower, and returned to normal more quickly, in the healthy group.

You see what happened here? Eating a junk-food meal could allow proteases to eat up insulin receptors on cells, thereby mucking up the body's ability to regulate glucose levels and thus, potentially, leading to diabetes.

The previous thinking was that a person had to eat like crap for a long time to damage his insulin sensitivity, but this study suggests that even one bad meal can have a dramatic effect.

Obviously, there are questions to be answered, like what, specifically, about high carbs or high calories caused the proteases to leak through the gut? (Was it because the breakfast itself was inflammatory and caused the release of zonulin, the protein that regulates the gaps and fissures in the intestinal lining?)

And secondly, just how long does the damage incurred by these leaked enzymes last?

Their results may have also presented a therapeutic target for the prevention of Type 2 diabetes in that it may be possible in the future to block the activity of the digestive enzymes once they breached the intestinal tract.

In the meantime, we might all want to start thinking about the wisdom, or at least the frequency, of "cheat meals" as they may be doing more harm than we thought.

Hydration doesn't need to be so complicated. There are plenty of ways to stay fully hydrated without being a wannabe waterboy.
Dietary Myth Busting, Feeding the Ideal Body, Nutrition & Supplements, Tips
TC Luoma April 28 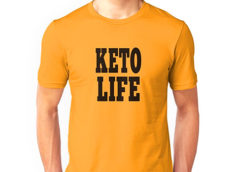