Here's an easy way to do that: pour vinegar in everything. Vinegar not only attenuates the glucose and insulin response from a carb meal, it raises insulin sensitivity. Several studies have confirmed this, and one study reports that vinegar raised insulin sensitivity at the 60-minute post-meal point by an impressive 34%. It does this because acetic acid (vinegar) suppresses disaccharidase activity, giving it physiological effects similar to acarbose or metformin, two drugs used to treat Type II diabetes. 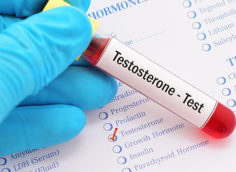