Shape Magazine thinks you should eat Cheez Whiz and related processed cheese sauces. No, really. Maybe they've rethought the whole "shape" thing and have decided that hourglass is out and ovoid is in.

No longer will men be distracted by all that those lithe bodies on the covers of their magazine as they wait in line to pay for their 12-pack and beef jerky. Instead, Shape will likely opt for rounder, more saftig models wearing sensible shoes and clothes that are weather appropriate.

But wait, what's this? It's not a change in aesthetic viewpoint? They actually think Cheez Whiz is healthy? Oh Lordy, Lordy, Lordy. But I guess they're not the only ones suffering from this Cheez Whiz delusion. Apparently, other internet influencers are pushing the Whiz as a health food, too.

I was as puzzled as you are until I started doing some research and figured out the identity of "patient zero" in this dopey internet rumor. Apparently, it goes back to early research on conjugated linoleic acid (CLA), the cancer-fighting, fat-burning, and muscle-building fatty acid.

One of the fathers of CLA research, Dr. Michael Pariza, discovered that ground beef had a relatively high concentration of CLA and that it had anti-carcinogenic properties. As part of his research, he started looking for foods that contained higher amounts of CLA. One of them was Cheez Whiz.

But Pariza didn't recommend that people eat any more Cheez Whiz than they had to at the occasional trailer park party. It was just an innocent observation.

Luckily, mankind's more sensible angels prevailed and his observation initially faded away into nutrition history, but someone must have recently found Pariza's remarks and taken them more seriously than they should have.

That person posted the Cheez Whiz factoid. A few morons re-posted it. Hence was some bad advice born, but at least their heart and part of their small minds were in the right place because CLA really does have some anti-cancer properties, along with some other effects that are of particular interest to people who want to look good.

Only there are better places to get your CLA than Cheez Whiz.

Would the CLA in Cheez Whiz Counteract the Heart-Damaging Effects of Cheez Whiz?

And while CLA was first investigated as a cancer-fighting compound, it soon proved useful in fighting heart disease, too. Further investigation found it to also burn fat, build muscle (perhaps by being anti-catabolic), prevent or improve Type II diabetes, and even raise testosterone levels.

Oddly enough, CLA and all its isomers are trans fats, the type you're supposed to avoid, but the preponderance of laboratory studies shows that CLA appears to be the exception to the rule.

But, as is the case with a lot of healthful compounds, whole foods don't contain therapeutic amounts. Even if you were whacky enough to eat an entire 15-ounce jar of Cheez Whiz, you'd only be getting roughly 325 mg. of CLA. That's a decent amount, but afterwards you'd have to have your heart Roto-Rootered.

No, to truly derive most of CLA's health benefits, you probably need to take a supplement. Flameout® is a good choice. In addition to having 352 mg. of CLA per serving, it also provides a combined 4625 mg. of DHA and EPA, which more than covers your omega-3 fatty acid needs. 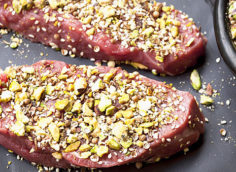 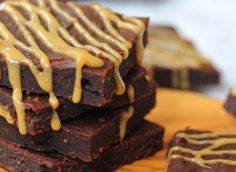