If you eat a handful of almonds in the late afternoon every day, your waist measurements will shrink and your lean body mass will increase. Yeah, I know, it sounds kind of like the magic beans in Jack and the Beanstalk, but based on the findings of a group of Australian researchers, it's no fairy tale.

Granted, we've known for a few years that the calories contained in almonds are, because of human physiology, overstated a bit. The lab may tell you that there are 162 calories in an ounce of almonds, but if you eat that same ounce, the amount of fat in your feces goes up. That means you're not ingesting all the fat or calories in the nuts.

However, no one was aware of just how effective these nuts could be in building muscle and burning fat. Until now.

Australian researchers recruited 137 subjects, all of who were riding the glucose train to Type II diabetes. They divided them into the 5 following groups, each of which was required to eat 43 grams (about 35 almonds) a day:

Keep in mind, though, that the 262 calories doesn't necessarily mean the body absorbs them all. Regardless, the subjects didn't get any fatter after the study was concluded. Furthermore, the almonds had a positive effect on the subjects' glucose and insulin levels.

The most interesting results were seen in the "late afternoon" group, though. The afternoon almond eaters had the greatest improvements in glucose and insulin levels and they also lost fat, whittled away at their waistlines, and gained lean body mass.

The Australians figured that all groups of almond eaters were less hungry after eating the almonds and thus ate less of other foods, but that doesn't really explain why the afternoon snackers in particular exhibited increased lean body mass and insulin responses superior to the other-time snackers.

Still, it gives a compelling reason to keep a supply of almonds in your pantry. 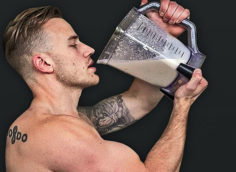 Don't be afraid of bulking if your main goal is building muscle mass, but do it wisely. Here are some simple guidelines.
Building Muscle, Diet Strategy, Nutrition & Supplements, Tips
Calvin Huynh September 27 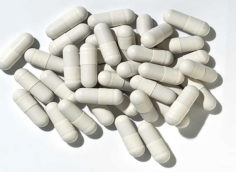 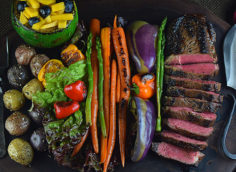 The paleo diet is based on a misunderstanding of history, genetics, and science. It's time to take a new diet approach.
Diet Strategy, Dietary Myth Busting, Feeding the Ideal Body, Nutrition & Supplements
TC Luoma December 20