Maybe you've got a grandparent or two that you care about, or some parents that are getting close to being grandparents themselves. You might have seen how they faced war, economic instability, and personal hardships, but none of it came close to defeating them. No, it wasn't until old age and maybe an intense affection for pastry that they started to crumble before your eyes.

But there is something you can do for them that can help them weather the hardships of old age a lot better and keep them around a bit longer, and all it involves is helping them understand the need for additional dietary protein.

As a lifter or athlete, you probably know everything you need to know about protein and protein requirements, but your view is probably myopic and focused only on building or maintaining muscle.

Consider that while the brain and its neurons are composed primarily of fat, they communicate with each other through proteins. Without protein, you couldn't even process what you're reading on this screen.

The hormones and enzymes that regulate most of your bodily functions are made of protein. Proteins comprise antibodies and they also transmit signals between different cells, tissues, and organs. On a larger scale, they form the scaffolding upon which cellular constituents are built.

The cells in your body couldn't even move without actin, a protein involved in contraction of muscle cells, cell locomotion, and even cell division. And none of the preceding takes into account that your body needs protein to regenerate the billions of cells that are constantly dying.

Protein isn't stored and if it isn't provided through the diet, the body starts stealing it from the muscles. The protein-deficient body gets weaker and weaker and this is exactly what's happening in a lot of old people.

A 2017 study found that old people who consumed the least amount of protein were almost twice as likely to have trouble walking or climbing stairs as those who ate the most (1). Another study done in 2018 had similar findings (2).

Carry out this loss of muscle to its logical conclusion and you can imagine falls and broken hips and living out the rest of their lives being painfully jostled between wheelchairs and beds. Often, that lack of mobility further weakens the body and sets the stage for infections and diseases for which there are no recovery. Mental functions fail, too. Hormones dwindle. Healing slows. And death comes early.

Not to mention all the stress these things might impose on the people that love these old coots.

Maybe you think that these worries are overblown. After all, the RDA says the protein requirement for normal, non-athlete types is only .8 grams per kilogram of bodyweight, which is just a duck snort of protein, easily accomplished by just having three-square meals.

Yeah, you'd think that, but we need to look deeper. First of all, the protein RDAs that are printed on every label were devised in 1968. Even then they were meant to meet the requirements of 97.5% of a healthy population over the age of 19.

That, sadly, doesn't reflect the needs of old people very well. Older people often have poor appetite, don't digest and process proteins very well, have dental issues or trouble swallowing, are often trying to fight off some sort of malady, and quite possibly vastly underestimate their protein intake and you can easily see how they might need more protein, a lot more protein.

Determining the exact amounts of protein needed by old folks is an imprecise science and highly individual, but research seems to point to an intake of at least 1 to 1.2 grams per kilogram, with Tufts University suggesting this amount be increased to 1.2 to 1.5 grams per kilogram in cases of acute or chronic illness, or after hip or knee replacement.

So at 1.2 grams per kilogram, the protein requirement for an elderly 150-pound woman would be roughly 82 grams while an elderly 180-pound man would need 97 grams. These numbers would escalate to 102 grams (for the hypothetical elderly woman) and 123 grams (for the elderly man) in cases of illness or surgical recovery.

This intake would best be spread out over three meals.

Maybe the prospect of losing muscle isn't that frightening to the old people in your life. Fine. Sell them on other, more quickly realized advantages of eating more protein. Tell them that additional protein can lower blood pressure, help control diabetes, allow them to watch their weight, and even maintain proper mental functioning.

Then educate them about the protein content of various foods. Having oatmeal or cereal and milk for breakfast isn't enough; they need to add yogurt, or maybe some eggs and sausage on the side.

Suggest they snack on cottage cheese. Advise them to always have at least a 4-ounce serving of meat or fish with lunch and dinner. If they don't have an appetite, or even if they do and they just want to make things easier, introduce them to protein powders, which allow them to take care of a good deal of their protein needs with a single, easy-to-digest drink. 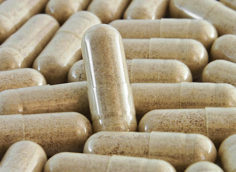 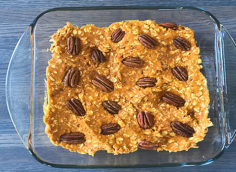 This muscle-building, workout-fueling breakfast has become a staple for many lifters. Here's a new way to whip up a batch.
Feeding the Ideal Body, Nutrition & Supplements
Chris Shugart October 19 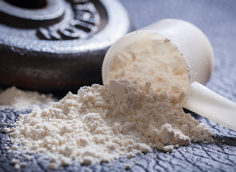