A while back, I wrote about a really exciting meta-analysis (where scientists combine the results from multiple studies) that showed how eating just a carrot a day could reduce a man's chances of developing prostate cancer by 50%.

The paper found that the more often men ate carrots and the greater the amount of carrots eaten, the less likely they were to develop prostate cancer. They even gave some concrete numbers: For every 10 grams of carrots consumed each day, men reduced their risk of developing prostate cancer by 5%.

That meant that eating just 50 grams of carrot a day – which you can easily get by eating a single average-sized carrot – would offer you some significant protection against one of the most frightening of male maladies, cutting the incidence in half.

But maybe that wasn't enough to make you start gnoshing on carrots. Maybe you need to be hit on the head not only once, but two or three times.

Fine, because science has since been hard at work on several other promising studies on carrots, including one on how they might help people lose fat and put on muscle.

When that study on carrots and prostate cancer came out, the researchers thought that the root vegetable's beneficial effects had something to do with the large amount of carotenoids they contain.

While that may still be true, scientists are now instead focusing on two fatty alcohols that are found in high concentrations in carrots and other root vegetables. These fatty alcohols are named falcarinol and falcarindiol and Danish scientists found that each of these fatty alcohols block fat cells from absorbing more fat, along with causing muscle cells to absorb more glucose.

The dual-effect of the fatty alcohols was so pronounced that the Danes compared it to rosiglitazone, an anti-diabetic drug that binds to PPAR-gamma (a protein that acts as a receptor for fat) in fat cells and makes them more sensitive to insulin.

The comparison is apt because falcarinol and falcarindiol also act on PPAR-gamma. Just like the drug, the two plant chemicals were actually exhibiting insulin sensitizing properties, which, when combined with proper nutrition and exercise, can lead to increased muscle and reduced body fat.

It looks like those two fatty alcohols found in carrots also combat colon cancer. A 2017 study involving rats found that falcarinol and falcarindiol greatly reduced the number of polyp clusters and tumors found in rats that had been fed large amounts of a carcinogen.

More convincingly, though, a 2020 study that followed 57,053 Danish people from the mid 1990s to 2016 found that those who ate between two and four carrots a day were significantly less likely to develop colon cancer than Danes who consumed fewer carrots.

How to use this information? Are you kidding? Do I have to spell it out for you? Eat a damn carrot! Every day!

One proviso, though: The carrots need to be eaten raw. Carrot juice will probably suffice, as long as you actually saw the carrot being fed into the blender instead of it being some grocery-store version that's been centrifuged or masticated to death, leaving all its falcarinol and falcarindiol beaten and bleeding.

I should also add that parsnip, another root vegetable, actually contains more of these two fatty alcohols than carrots, but I doubt if anyone wants to eat raw parsnips. Some of them have a tinge of sweetness, but overall they taste like a blend between a carrot, a potato, and a gym sock.

Do yourself a favor and stick with the carrots. 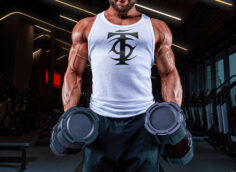 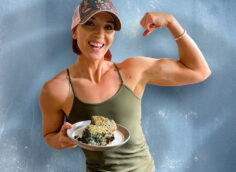 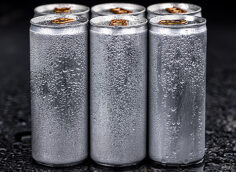