A team of Harvard scientists once put together a study that followed large populations and their disease rates. They linked potato eating to being overweight, blaming in on the resultant rise in blood sugar.

The thing is, there are plenty of other foods that cause similar or greater rises in blood sugar, yet they correlate with "healthy" body weights. As is often the case with scientists, they neglected to look at the whole picture. It turns out they mashed up their potato findings – they put all potato products together, including potato chips and French fries. No wonder potatoes correlate so highly with obesity rates!

But other, more elegantly structured studies have failed to find any correlation between potatoes and weight gain, or any diseases for that matter. The potato is actually a good guy, provided you boil it or bake it. 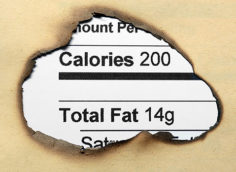