Are you one of those gamer geeks who stays indoors a lot? Or are you someone who lives far from the equator where there isn't as much sun? Maybe you always use sunscreen, or you have dark skin, or you don't consume very much fish or milk?

If any of these things are true, you may be deficient in Vitamin D3, which is one of the most common deficiencies in the world. It's bad enough for your health if you're low in this crucial vitamin, but a deficiency can really mess up you athletic performance, too.

To find out just how important Vitamin D3 is to exercise ability, Scottish researchers gave 2000 units to 9 people every day for 14 days. They noted dramatic differences in the way subjects responded to various tests, including endurance, perceived exertion, cortisol, cortisol/cortisone ratio, and blood pressure.

The following things were noted:

Why Did It Work So Well?

As far as the positive effects on cortisol and cortisol/cortisone ratios, Vitamin D3 appears to reduce the activity of an enzyme named 11-beta-HSD1, which is the enzyme that turns cortisone to cortisol.

How Much D3 Should I Take?

The cool thing about this study is that it used a sane dosage of Vitamin D3. Two thousand units is probably a perfect amount for most people to take, especially if their lifestyle (lack of sunlight in general) or dietary habits aren't conducive to healthful levels of Vitamin D3.

There are plenty of symptoms that possibly reflect a Vitamin D3 deficiency, like frequent illness, undue fatigue, depression, impaired wound healing, muscle pain, and undue sweating from the head area, but the only way to make sure you have adequate amounts is to have a blood test. (The optimal range is between 50 and 70 nanograms per milliliter.)

Regardless of whether you have overt symptoms or not, Vitamin D3 is one of those things you should be taking anyhow. It's a cheap but solid insurance policy against poor health and a poor response to training.

Bodybuilders do it. Figure competitors do it. Action stars do it. And they're all sending the wrong message.
Feeding the Ideal Body, Nutrition & Supplements, Tips
Tim Hendren February 13 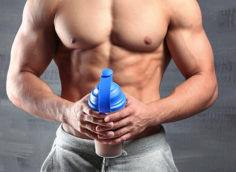 Is fructose as bad as some people say it is? Our nutrition experts have the answer.
Dietary Myth Busting, Feeding the Ideal Body, Nutrition & Supplements
John Berardi, PhD & Ryan Andrews February 26 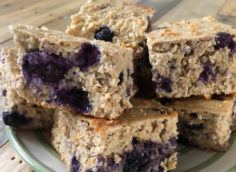