These diet mistakes not only backfire, they can seriously impede your long-term progress. Here's what NOT to do.

For fat loss, the most important factors are being in a caloric deficit and consuming sufficient protein.

Quality of food matters a lot when it comes to health and feeling good. It also has a small impact on fat loss. But the truth is, if you're in a caloric deficit, you will lose fat.

But a caloric deficit doesn't necessarily mean eating less (although that's normally part of the equation). It means consuming less energy than you're USING every day. You can create a deficit by reducing food intake, increasing activity levels, or both.

Look at the two situations below:

The higher you can keep your carbs while dieting and training to lose fat, the more likely you are to keep your muscle mass or increase it.

I worked with an IFBB pro-bodybuilder who had used a low-carb diet with no cardio for years. His top competition weight was 176 pounds. He switched to a higher-carb approach – eating about 300 grams per day while dieting down. He also did a lot of low-intensity activity like walking. He was then able to compete at 205 pounds and was just as lean.

The bottom line? Increasing non-stressful physical activity is a better approach to getting lean than using strict food restriction.

Walking or hiking is my favorite. I advise clients to shoot for 10,000 steps a day. Basically, just try to move as much as possible throughout the day. I also recommend adding steady-state cardio or playing basketball.

Increasing caloric expenditure via hard training will have its own set of problems. Your body won't be able to recover from it. But low-stress activity is perfectly fine.

I get it, though. You see the extra fat in the mirror and you hate it. You want it gone yesterday. You're willing to do whatever it takes to flush it out as quickly as possible.

But listen, if fat loss occurs too quickly because you cut out too much food, the consequences above won't wait long to appear. This makes it hard to reach your goal because the process quickly becomes unbearable. Or it makes it impossible to sustain the body composition you achieved.

A rate of fat loss of around 1% of your body weight per week is about right. Obviously, extremely overweight people can lose faster without suffering the consequences. But if you're a hard-training lifter looking to be ripped, 1% of your body weight per week is an adequate target. Up to 1.5% is sustainable, especially if it's achieved through a moderate food reduction and an increase in overall activity.

The more you reduce food, the more you increase your chances of bad things happening.

Consuming a caloric surplus with adequate protein is required to build muscle at a maximal rate.

Carbs are especially important because of the physiological response they elicit (increase in mTOR, IGF-1, and insulin, possibly decreasing cortisol) which facilitate muscle growth. Not to mention, carbs provide superior fuel for resistance training, leading to better performance.

A review of literature on keto dieting found that while it's adequate for weight and fat loss, it leads to inferior size and strength gains compared to carb-containing diets (1). While this review shows that keto is inferior for muscle growth and performance, it also infers that consuming carbs is important to maximize them.

Up to a point, consuming more calories and carbs will facilitate muscle growth. However, past a certain point, it will only lead to marginally more gains, if any.

For many, it's worth adding 10 or 20 pounds of fat if it allows them to gain 10 pounds of muscle. After all, gaining muscle is a lot harder than losing fat.

However, bulking can be a mistake if:

You already have a good amount of body fat.

If you're skinny, adding 15 pounds of fat to be able to pile on 10 pounds of muscle can be worth it. But if you have 20% body fat, bulking could take you up to 30% or more. At that point, not only are you looking worse despite the added muscle, but now your health will start to suffer.

Personally, I have no issues with adding fat to build more muscle because I know I can diet it off. I've done it tons of times. But if you've never been through a fat loss diet and don't know if you're capable of sticking with it – or worse, if you've tried to lose fat in the past but always failed – then adding a lot of fat is a bad idea.

I'm not saying to avoid eating a surplus if you want to build muscle. That doesn't work well. But there's a difference between consuming a 300-calorie daily surplus from good foods and eating a 1500-calorie surplus by eating mostly junk. 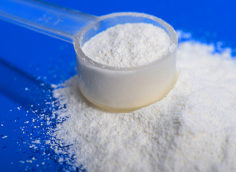