A few months ago, I speculated that curcumin might be able to help prevent or even treat viruses. I’m feeling more confident about what was pretty much an educated guess, though, because a couple of molecular biologists have championed my theory.

Ziteng Liu and Ying Ying, writing in “Frontiers in Cell and Developmental Biology,” argue that curcumin could play a significant role in the prevention and treatment of infection from respiratory viruses, and they’ve laid out their case in a way that even a medical John Grisham could admire.

But maybe we need to first address the 800-pound viral gorilla in the room, which is why would the average, robust, healthy, buff reader of T Nation even worry about contracting a respiratory virus, which, in the vast majority of cases, is only lethal to those that are either elderly or have some comorbidity?

Good question, Hoss. A few reasons. First, the definition of “comorbidity” is broad and getting broader every day. At first, scientists thought that only things like obesity, chronic obstructive pulmonary disease, cancer, heart disease, and diabetes would make you more likely to die if you contracted a respiratory virus.

That seems to be true, but new, possible comorbidities are being added all the time, things like high blood pressure, asthma, and smoking, so much so that probably half the people in the country, many of them quite young, probably have some sort of condition that makes it more likely that a respiratory virus could be fatal.

Secondly, death isn’t the only thing to fear from viral infection. Many younger patients who don’t have any comorbidities survive these diseases, only to find that they suffer from long-term lung dysfunction, heart damage, kidney damage, or nervous system damage, all of which might make it hard to pull a 500-pound deadlift or complete a HIIT circuit.

But regardless of whether a respiratory virus kills you or just damages your long-term health, the root problem is much the same and looking back at the Spanish Flu pandemic of 1918-1920 gives us a clearer picture of that root problem.

The really weird thing about the Spanish Flu pandemic was that it seemed to preferentially target those that were young. Not only that, but in some cases the healthier you were, the faster you died. You could be fine in the morning, whistling your way to work, and be found dead that evening, bleeding from multiple orifices and your skin blackened from the effect of oxygen deprivation (cyanosis).

The culprit, as Liu and Yang point out, was having an immune system that was a little too healthy and a little too robust, which at first seems like a paradox but turns out to make perfect sense. These healthy immune systems would sometimes, inexplicably, “overreact” to the virus.

This overreaction of the immune system, characterized by rampant inflammation and overproduction of immune cells and cytokines (small proteins that control the growth and activity of immune cells) is called a “cytokine storm” and it can lead to a type of pneumonia, resulting in congestion, pulmonary edema, acute lung injury (ALI) atelectasis (complete or partial collapse of the lung), or acute respiratory distress syndrome (ARDS), any of which can affect oxygen exchange and lead to death.

Distressingly, we’re seeing some of that same immune system overreaction and subsequent cytokine storms in some other respiratory viruses. 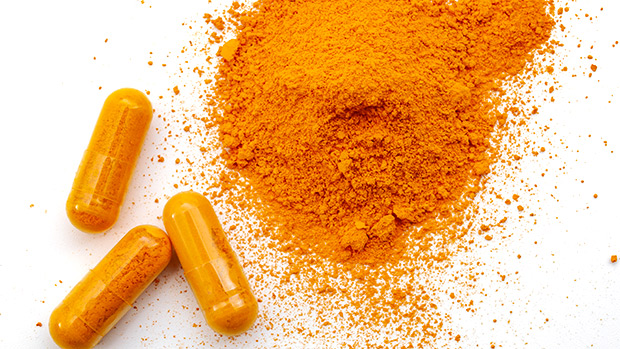 So Where Does Curcumin Come In?

Most people are familiar with curcumin. It’s held in wide regard by athletes because it enhances the effects of exercise by helping muscles perform better, generate more energy, and repair themselves more quickly. It also increases testosterone levels and simultaneously exhibits anti-aromatase properties while reducing body fat.

All of that’s great, but doctors, naturopaths, and other people fixated on health are more interested in curcumin’s beneficial effects in treating cardiovascular disease, diabetes, certain types of cancer, general anti-oxidant capabilities, and, lately, its record in battling infectious diseases – especially viral ones – as it’s been found to bring a lot of weapons to that particular battle.

Curcumin and the Cytokine Storm

Curcumin appears to dramatically diminish pro-inflammatory cytokines IL-1beta, IL-6, and TNF-alpha in the lungs and serum of mice with severe pneumonia. It also diminishes several other inflammatory mediators that regulate immune cells that promote fibrosis (thickening and scarring of connective tissue) in the lungs after infection.

“Therefore, in the context of inflammation,” write Liu and Ying, “curcumin can act as a double-edged sword, down-regulating pro-inflammatory cytokines and up regulating anti-inflammatory IL-10.”

By doing so, it can lessen the intensity of the cytokine storm, making it more of a cytokine drizzle and possibly prevent or treat the pneumonias that sometimes result from infection by respiratory viruses.

Curcumin has a pretty good history of fighting viruses in general as it can disrupt viral infection through multiple mechanisms before a cytokine storm can even become an issue. It’s been shown to directly target viral proteins and block the entry of viruses into the cell, in addition to impeding replication and budding (how viruses exit the cell to infect others).

Here’s a list of human pathogens against which curcumin has been shown (mostly in vitro) to exhibit anti-viral effects:

Once your lungs are inflamed by viral infection, you develop lung edema, hemorrhaging, neutrophil infiltration, and alveolar thickening. Studies show, however, that curcumin is capable of attenuating those insults to lung integrity by effectively reducing airway inflammation and the unwanted proliferation of bronchial epithelial cells.

As mentioned earlier, viral infection often leads to acute lung injury, or ALI, which is often followed by pulmonary fibrosis (scarring of the lungs) and death. While it was just a mouse study, curcumin was found to reduce collagen deposition, thus decelerating the development of pulmonary fibrosis.

Curcumin for Treatment AND Prevention of Respiratory Viruses

It seems a pretty solid bet that the cytokine storm plays a primary role in the development of and progression of the fatal pneumonia that sometimes strikes patients infected with respiratory viruses. In short, the high mortality rate seen from these types of pneumonia are caused by the over-reaction of immune cells in the lung.

Currently, most hospitals attempt to treat cytokine storms by using hefty doses of glucocorticoid steroids. They often appear to offer some relief, but they come with a price. They can cause osteoporosis and, more likely, set the stage for secondary infections with other pathogens because the drugs suppress the immune system.

Based on these observations, Liu and Ying feel that there’s a need for effective alternatives with low toxicity, and they feel curcumin might be just what the doctor/virologist/epidemiologist/microbiologist ordered.

They conclude their paper with a barrage of pro-curcumin facts:

They present a good case, but here comes the one sour note in their academic opus: There’s currently no data in humans on the link between curcumin and infection by some of these respiratory viruses, but they offer the following closing argument:

“…in light of its preventative and therapeutic role in viral infection and cytokine storms common to all viral infections, curcumin could conceivably be considered an attractive agent for the management of these viruses.”

It makes sense. Curcumin is a natural plant extract with a high safety and low toxicity record and there are enough preclinical trials (studies in animals) and in vitro studies to give even the most cautious clinician reason to be a little bit optimistic. 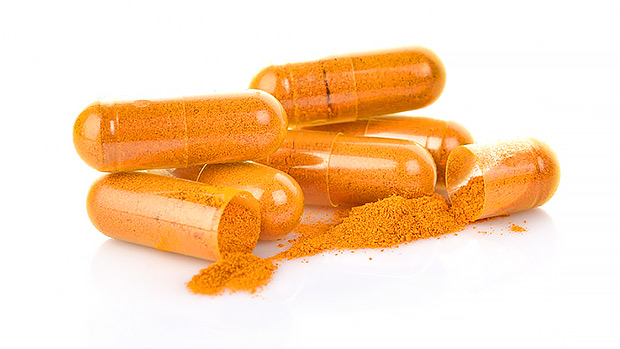 Here’s the part where I hem and haw a little. If you actually have a respiratory virus, or know somebody who does, I don’t have a clue as to how much curcumin you should take or even if you should take it. I don’t think anyone knows.

For one thing, telling someone to take a particular drug or supplement while they’re sick is rife with moral and legal peril. That being said, if I were starting to feel ill from the effects of a respiratory virus and I weren’t currently taking the supplement already, I’d sure as hell start taking it.

I take one 500-mg. capsule twice a day, but even if I never get within 10 feet of an aerosol cloud of virus, I’ll still benefit from all of its other benefits (its anti-aromatase and body fat reduction properties, along with its disdain for cancer, diabetes, and cardiovascular disease, among others.)

One Additional Piece of Advice

Curcumin is notorious for being poorly absorbed, so taking ordinary curcumin is dicey. Look for a product like Biotest’s curcumin that incorporates piperine (an extract of black pepper), which is a known inhibitor of hepatic and intestinal glucoronidation (chemical reactions that metabolize certain substances), resulting in up to a 2,000% increase in its bioavailability.

Each orange capsule contains 5 mg. of piperine and 500 mg. of curcumin complex that’s standardized (a rarity in the curcumin market) to contain 95% curcuminoids (the family of biologically active compounds in curcumin).

Lastly, while it may sound self-serving (given the company I work for sells curcumin), I really believe that taking curcumin might ultimately prove to be as valuable or even more valuable than some of the current strategies recommended to either ward off or possibly treat respiratory viruses, along with many of the other viruses that continue to plague us.