The benefits of supplementing with the three branched-chain amino acids (leucine, isoleucine, and valine) are clear:

As such, branched chain amino acids (BCAAs) have long been a mainstay in bodybuilding and sport supplementation in general, but we've learned a lot along the way. Case in point, we now know that just taking the branched chains by themselves – without the company of the other amino acids – actually diminishes their effectiveness when it comes to increasing muscle protein synthesis.

The effect is fairly pronounced, too. One study showed that consuming a drink with 5.6 grams of BCAAs led to a 22% increase in muscle protein synthesis, but the effects were 50% less than what was observed when subjects consumed a whey protein shake that also contained 5.6 grams of BCAAs.

So just taking the three branched chain amino acids, as a whole lot of supplement manufacturers would have you do, doesn't do very much at all.

That's why Biotest's BCAA Structured Peptides formula actually works while a lot of other BCAA products don't – it contains not only the three BCAAs, but the other amino acids that are necessary to grow muscle, too.

The advantages don't just stop there, though. BCAA Structured Peptides have a lot of other things going for it that its wanna-be competitors don't.

Why BCAA Structured Peptides Are Better

The resultant di- and tri-peptides (the "structured" amino acids) are up to 250% more effective in stimulating growth than traditional free-form amino acids.

Unlike free-form amino acids, these di- and tri-peptides are traversed through the intestines into the bloodstream by a protein transporter (PEPT-1) so they can quickly initiate protein transcription. 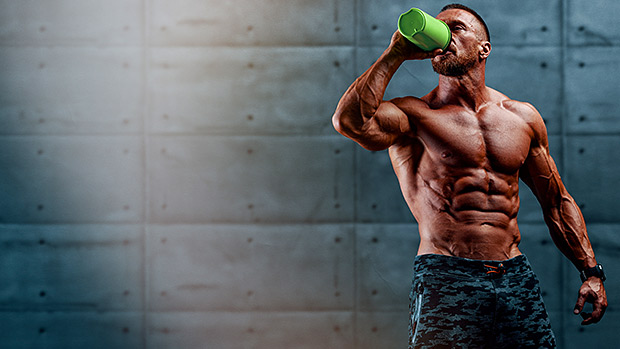 Ways to Use BCAA Structured Peptides

Making BCAA Structured Peptides is a lengthy, delicate process, but using them is incredibly easy.

I keep a ceramic container of it on my kitchen countertop (the kind you use to store coffee or tea) and regardless of whether I'm in a heavy lifting, wanna-get-stronger phase, or a dieting, don't-want-to-lose-any-muscle phase, I just throw a scoop of it in my coffee, my oatmeal, my protein shake, or most anything else I might be preparing.

No reaching your physique goals? Are you making one of these common mistakes? Check out the list.
Diet Strategy, Feeding the Ideal Body, Nutrition & Supplements
Mike Roussell, PhD May 3