We all have a friend (or maybe we are that friend) who finishes their meal in about 10 seconds flat. It’s as if they’re competing to scarf their food down faster than anyone else at the table.

Regardless of how hungry you might be, there’s ample research to demonstrate the importance of fully chewing your food before you swallow it.

In fact, adequate chewing just might be the key to getting a chiseled jaw, a leaner physique, and improving your digestion. So let’s dig in. 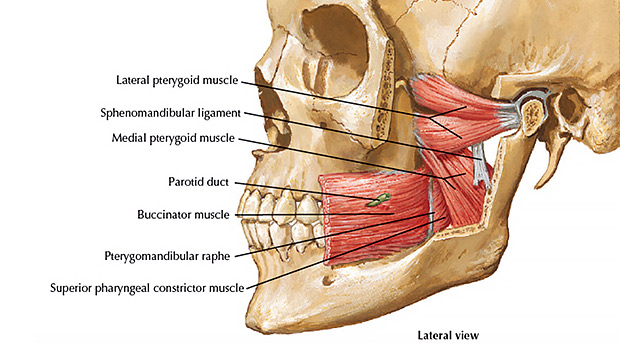 The Recipe for a Weak Jaw & Double Chin

A sculpted jaw is highly sought after by bodybuilders, celebs, and people who just want to be pretty. But jaw strength is about more than just aesthetics. In an era where soft foods and liquid calories are common, the answer is clear: you need to prioritize solid food and chew it well.

Food scientists have engineered our food to be softer, which requires less chewing. Think about the staples in a standard American diet: chips, cereals, breads, candy, etc. Even healthier foods like eggs don’t require a whole lot of chewing.

As we shift away from eating tougher foods, like meat, fibrous vegetables, and tubers, our jaws continue to get narrower, weaker, and softer. If we keep trending in this direction, all our future generations will have tiny jaws and double chins.

Chewing tough foods requires the activation of several muscles and bones of the face that’d otherwise become flaccid. If you want a nice jaw, you have to chew.

This doesn’t mean taking 3-5 bites of a food and then gulping it down—it means 30-50 chews until you’ve broken the food up into small enough pieces to swallow with ease.

If you rush through your meal, you’re missing out on hundreds of extra “reps” to build muscles like the masseter, temporalis, medial pterygoid, and lateral pterygoid. These muscles consist mostly of slow twitch fibers, which means you want to accumulate lots of volume.

You could even buy a tough chewing gum to continue to engage these muscles. (Just don’t go overboard because chewing all day could cause jaw pain and even arthritis in the mandible.)

The First Step in Digestion

It’s chewing. And doing it properly helps your body produce the necessary digestive enzymes to break down the food you’re preparing to swallow. It also triggers the production of hydrochloric acid and saliva to guide food through the digestive tract.

Digestive enzymes are proteins that effectively signal the other systems in the body that you’re consuming food, and they begin to break down those food particles as they enter the stomach.

Different types of enzymes are responsible for breaking down different types of foods: amylases help you digest carbs, lipases facilitate the digestion of fats, and proteases are responsible for breaking down proteins. There are several other types of digestive enzymes, each of which is released in a different area of the body – the mouth, the pancreas, the stomach, and the small intestine.

The longer we chew, the lighter the load on the esophagus, the easier it is for these various enzymes to do their jobs, which creates less work for the stomach.

Several studies have shown an inverse relationship between chewing duration and calorie intake during a given meal. One study compared the chewing habits of lean and obese individuals. At baseline, obese subjects consumed more food overall and relied on fewer chews per gram of food consumed than the lean subjects.

Researchers compared differences in overall calorie consumption during a meal and subsequent ghrelin (a hormone that increases the appetite) between subjects who chewed 15 times per bite and 40 times per bite.

The group who chewed 40 times ate fewer total calories (nearly 12% fewer) and had a lower concentration of ghrelin.

Did you catch that? Those who chewed the most ate the least and felt more satiated after the meal than those who only chewed each bite 15 times (Li et. al. 2011).

Have you ever eaten a huge meal and still felt hungry afterwards? You may have just eaten it too quickly. 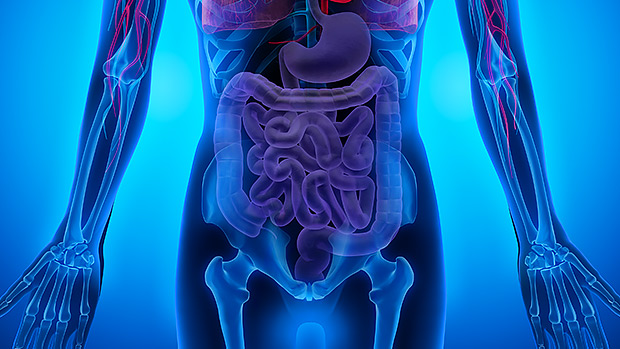 The Thermic Effect of Chewing

In addition to improving your satiety while eating, fully chewing your meals can boost the thermic effect of the foods you eat. A study conducted in Japan concluded that fast eating actually decreases the thermic effect of food (TEF). Think of this effect as the calories required to digest the food you’re eating.

So if you eat a meal rapidly, your body doesn’t expend as many calories digesting the food compared to eating slowly (Tomaya et. al. 2015). Scientists estimate that 10-20% of your daily calorie expenditure comes from the thermic effect of food, so chewing more thoroughly could actually have a significant effect on metabolic rate in the long term.

As a personal trainer, I hear an increasingly large number of clients complain of digestive issues. From IBS, to constipation, to acid reflux, digestive issues can lead to physical discomfort and further health complications. If you suffer from any type of gastrointestinal issues, increasing chewing duration may be one way to help improve your digestion.

Measurements of the diameters of two major arteries and the blood velocities within them showed that there was greater blood flow to those organs after meals with slower chewing rates (Hamada et. al. 2014). I’m sure you won’t be surprised to hear that areas of the body with greater blood flow typically function more efficiently.

One of the key findings was that “there was a significant positive relationship between a lower chewing sufficiency (in individuals who did not chew all foods) and the risk of IBS.” It seems that chewing rate and efficiency has a notable effect on symptom severity in this population.

To optimize digestion, it’s important to chew your food efficiently.

Speed Eating Is Not Your Friend

No matter how famished you may feel, don’t rush through your meal! Not only will you truly savor the taste of your food—you’ll also improve body composition, jaw strength, and digestion.

This small lifestyle intervention can have a myriad of downstream health benefits. Take your time, chew your food thoroughly, and eat mindfully.