Remember the last pair of frayed shoelaces you had? The little plastic thingies at the ends of the laces (aglets) gradually flaked away, leaving you with a clump of unruly fibers that made it hard to thread the laces through the eyelets. If you ever had that experience, you're on the cusp of gaining an understanding of how chromosomes age and deteriorate.

At the end of each chromosomal arm or "lace" is a specialized structure known as a telomere that's composed of a specific sequence of nucleotides. In effect, it's one of the chromosome's aglets, and every time a cell divides, it gets shorter. If these telomeres get too short, they can start to unfold. It's the biological equivalent of the frayed end of a shoelace.

A "frayed" chromosomal strand is directly related to health and lifespan. The short telomeres that caused the chromosomal fraying lead to "replicative senescence," which blocks further cell division. Genetic instability ensues, possibly leading to cancer, cellular old age, or programmed cell self-destruction (apoptosis). An animal that experiences this throughout multiple organs is often referred to by scientists as "a goner."

Scientists spend a lot of time trying to figure out how to actually lengthen telomeres, or at least prevent them from shortening. Surprisingly, there might be a really simple way to do this. All you have to do is eat a handful of pistachio nuts every day.

I'll get to the association between pistachios and telomere lengthening in a sec, but we need to spend a minute looking at why pistachios, of all nuts, might be special.

For one thing, they recently made the list of the top 50 functional foods with the highest antioxidant potential, which is kind of a Golden Globes award for foods but without all the cleavage.

They contain monosaturated fatty acids (MUFAs), alpha-tocopherol (vitamin E), beta-carotene, resveratrol, lutein, zeaxanthin, selenium, flavonoids, and various other polyphenols. They contain more phytosterols than any other nut. They're jammed with potassium and fiber, and every 100 grams of pistachio contains 21.4 grams of protein.

It's probably for all these reasons that Spanish scientists decided to test the effects of pistachio intake on telomere length and other aging-related parameters of glucose and insulin metabolism.

The scientists recruited 49 pre-diabetic subjects and included them in a randomized crossover clinical trial. I'll skip all the particulars and just let you know that one group supplemented their iso-caloric diet with 57 grams of pistachio (about two ounces or half a cup) every day for 4 months.

They found that the pistachio eaters exhibited a marked increase in the amount of enzyme responsible for telomere maintenance (telomerase). They also found an inverse relationship between telomerase and plasma glucose concentrations, suggesting that pistachio consumption might also have a beneficial effect on glucose metabolism.

Granted, the subjects in this study were all pre-diabetic, but the definition of pre-diabetic is mighty loose and might comprise a hell of a lot more people than commonly realized. Besides, it's not too bold a presumption that the telomerase-raising effects wouldn't be restricted to those suffering from glucose metabolism problems.

As described, pistachios are rich in monosaturated fatty acids, resveratrol, carotenoids, anthocyanins, and vitamins E and C, all of which have strong antioxidant and anti-inflammatory effects. Oddly enough, these nutrients have previously been associated with increased telomerase activity and longer telomeres, but in much larger doses than those used in the Spanish study.

Maybe the specific blend or ratio of nutrients and phytonutrients found in the pistachio act synergistically to orchestrate telomerase and telomere length? It's an intriguing thought and, of course, worthy of further study.

However, in the meantime, this reporter is going to start chomping on pistachio nuts every day until new research tells him to do otherwise.

Eating a handful of pistachios every day! How fun! Okay, before you get too excited, I should reveal that the roasted and tastiest kind you're most familiar with might not work as well in modulating telomere length. However, puzzlingly, the authors of the Spanish study didn't even bother to mention if they used raw or roasted pistachios.

However, I found another study, this one conducted by Persian scientists, where they compared the nutritional makeup of the roasted variety of pistachios to the raw variety. They found that roasting significantly reduced the antioxidative capacity of pistachios. Chlorophyll levels went down. Carotenoids went down.

Flavonoids and vitamin E levels, however, were unaffected.

Roasted nuts also generally contain salt, vitamin C (as a preservative), and a heavy-duty preservative known as sodium metabisulphite. All of these also contributed in varying degrees to hacking away at the antioxidative properties of pistachios.

Clearly, raw is the way to go. They're harder to find, of course, because most people prefer the type that's roasted and salted, but you can find the raw variety at most granola cruncher stores. Amazon also carries a nice product from Zaica.

The Zaica brand is shelled, too, so you don't have to come down with pistachio shell broken-fingernail syndrome.

As I mentioned earlier, the subjects in the Spanish study consumed about two ounces a day, or a little less than half a cup. I don't know if that's the optimum "dose," but it gives us a good idea of the neighborhood we need to be in. 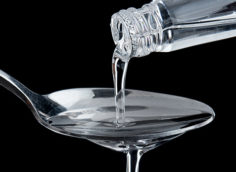 When do you get a cheat meal when dieting? When you deserve one. And you probably don't deserve one yet. Here's why.
Diet Strategy, Feeding the Ideal Body, Nutrition & Supplements, Tips
Paul Carter May 14