If you train hard using a non-idiotic plan, you'll gain muscle and strength. Are some plans better than others? Sure. But as long as you don't make obvious mistakes, your plan should allow you to build muscle.

Where a lot of people go wrong is their nutrition. Lifters will do one of these two things: fail to eat enough food to support growth, or eat way too much in the hope of forcing even more growth.

If you do the first scenario, you'll lose some fat but limit muscle growth. If you do the second, you'll build muscle but add a lot of fat. And the muscle growth likely won't be much more than what you'd get with a more controlled approach.

Let's explore exactly how much you should be eating to get the physique you want.

The process of building muscle requires a lot of energy (2500 to 3500 calories to fuel the growth of one pound of muscle) as well as hormonal/enzymatic support to increase anabolism.

The higher your natural anabolism (testosterone levels, IGF-1 levels, insulin and insulin muscle sensitivity, mTOR activation level) and the lower your natural catabolism (mostly cortisol levels), the better and more efficient your body is at using nutrients to build muscle. That means you require less of a surplus to be able to reach that optimal muscle growth rate. This is why steroid-using bodybuilders can build muscle in a caloric deficit: their anabolism is super high.

Those with a lower natural anabolism will need to eat a larger surplus, mostly from carbs, to reach maximal muscle growth. It's not because they need more nutrients, but because a large surplus increases several factors involved in increased anabolism and decreased catabolism.

The most obvious are:

Consuming a caloric surplus helps with muscle growth. Does that mean more is better? Not always.

First, let's establish what the purpose of the caloric surplus is. The main purpose is not, as most people assume, to give you more fuel for the muscle-building process, although it does play a role there.

The primary purpose of consuming a lot more food (mostly carbs) is to increase the hormones and enzymes that maximize muscle growth. The energy aspect can be fueled by your stored energy, although that's less efficient.

Think about it. Some people can build muscle while in a caloric deficit if protein is sufficient. Why? They have enough stored energy to fuel the muscle-growth process. If they have a naturally high level of anabolic hormones, they'll be able to build some muscle while in a deficit, even if they get less "anabolic enhancement" from their food.

However, most won't be able to build a significant amount of muscle while in a deficit, not due to lack of fuel but because of a less favorable anabolic profile.

The problem is, in the hope of building more muscle, some people go "all-out" with the bulking. They resort to a huge caloric surplus and poor food choices. Sometimes it can give the illusion of more size (mostly from fat and water), but it invariably leaves you with a lot of added body fat.

If you're willing to accept that fat gain because you know you can diet it off, fine. But for many, it just pushes their goal of a muscular and lean physique further away.

Also, if you're natural, there's a limit to how much you can increase your body's anabolism. And at some point, the added food will not contribute to more muscle, at least not directly. It can provide a benefit by allowing you to lift more weight, which can help trigger more growth.

With that said, let's look at the four basic nutritional strategies to build muscle. 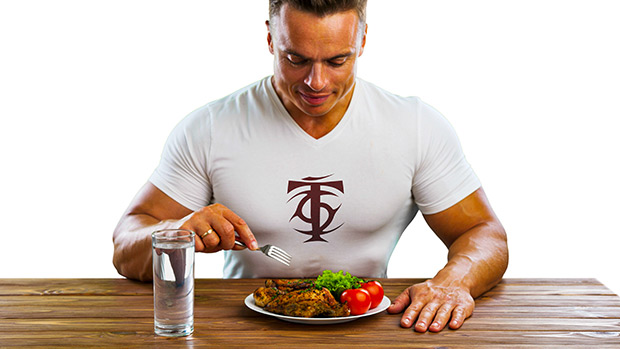 The Four Nutritional Strategies for Growth

There are three main approaches when it comes to nutrition to build muscle. Here they are.

This refers to ingesting a large surplus (750 calories or more per day) to make sure your body is flooded with nutrients and that all the anabolic factors are maximized.

One benefit? The increased water retention and fat will give you better leverages and makes you stronger. The downside? It comes with more fat gain. Typically, it's a 2:1 to 3:1 fat-to-muscle gain ratio. That's why it should be done only if you know you can diet the fat off. It can also be unhealthier because of the weight swing and the fact that a lot of time, it's just an excuse to eat bad foods.

With this approach, you consume roughly a 300-700 calorie surplus per day.

This is still enough to make sure your body has all the nutrients it needs to build muscle and keep the anabolic factors high. It comes with less water retention and fat gain than all-out bulking. Typically, a fat-to-muscle gain ratio ranging from 1:1 up to 2:1 is acceptable.

This is a term coined by bodybuilder Greg Doucette. It refers to eating from maintenance up to a 200-calorie surplus per day to basically gain muscle while not adding any fat, or very little.

If someone is using steroids or has naturally high anabolic factors, they can likely gain almost as much muscle as they can with controlled bulking. Most, however, will gain anywhere from half to two-thirds of the muscle they could while bulking, but they won't have to diet off the fat gained.

This refers to building muscle while losing fat. While it's technically possible, it mostly fails. Most people who try to do it end up not gaining any muscle. 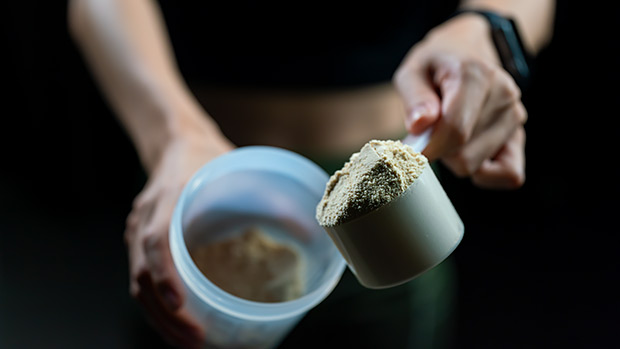 What Should Your Protein Intake Be?

This is complex, even though some people mention a simple answer (normally 1 gram per pound, or 0.45 grams per kilo of bodyweight). But it actually depends on many things:

Furthermore, very little of the protein you ingest is actually used to build muscle. I mentioned earlier that you need 200-220 grams of protein to build one pound of muscle tissue. But that doesn't mean you simply need to ingest that amount to have enough to gain a pound of muscle.

Only 10-12% of the ingested protein is used to build muscle. And that's with powdered protein, which has better bioavailability than food.

So right off the bat, you'd need more like 2000 grams of protein to build one pound (0.45kg) of muscle. Of course, you can't just shovel protein down your throat, consuming 500 grams per day so that you can build 2 pounds (1kg) per week.

So let's look at the research on protein per meal and per day:

Dr. Schoenfeld concluded that the ideal protein intake per meal was 0.4 grams per kg of fat-free body mass or .88 grams per pound (2). Consuming more simply leads to increased oxidation of the protein, not more muscle protein synthesis.

The optimal protein intake is between 0.9 to 1.35 grams per pound (2 and 3 grams per kg) of fat-free mass (total weight minus body fat weight). You'd go by the lower end if you're in a caloric surplus with plenty of carbs, and closer to the upper limit if you're in a deficit or consuming fewer carbs.

Where Should the Rest of the Calories Come From?

Remember, carbs have an advantage over fat. As such, most people should maximize carbohydrate intake when trying to build muscle.

You'll also need to consume enough fat (especially "good fats") to have the material to produce hormones and keep the nervous system healthy. It's likely around 40-60 grams of fat per day, less if you're using a high-quality omega-3 supplement like Flameout®.

But remember, carbs should be the most abundant, not fats.

A beginner, or someone who hasn't built a lot of muscle yet, can build around 1.0 to 1.5 percent (0.5 to 0.75 percent for women) of their body weight in muscle per month.

For example, a 170-pound man can build around 1.7 to 2.25 pounds per month. Of course, if you carry a lot of fat, you should lower that number. If you're a 300-pound beginner with 40-percent body fat, you won't be gaining 4 pounds of muscle per month.

If you're advanced or have already gained 20-30 pounds of muscle, your capacity to build muscle comes down to 0.25 to 0.5 percent (0.125 to 0.25 percent for women) of your body weight of muscle per month. A 205-pound advanced lifter would therefore be able to gain 0.5 to 1 pound of muscle per month.

If you've gained 40 pounds of muscle or more already, gains will come even more slowly.

For simplicity's sake, use these numbers to evaluate how much muscle you should be gaining per month:

If we consider the fat-to-muscle gain ratio of each of our four strategies, here's how much weight you should be looking to gain per month:

If you're gaining weight FASTER than you should be, based on your level and nutritional strategy, you'll need to lower calories accordingly (via carbs and/or fats).

If you're gaining weight SLOWER than you should be, you'll need to increase calories (mostly in the form of carbs and/or protein).

Most of the time, if you fail to gain muscle – especially if you're passionate about training – the issue is nutrition, not training. Figuring out how much to eat is essential to the achievement of your physique goals. Don't leave it to chance.