Just How Important is Diet Diversity?

Make no mistake about it, Tony was one fatty pancakes. He carried about 260 pounds on a 5'10" inch frame, and very little of that was muscle. He once had a picture taken with a fat Elvis impersonator in Vegas while dressed in white pants and a white windbreaker and you could hardly tell them apart.

Thank you, thank you very much.

He eventually got tired of being such a chonk and he asked me for some advice. Oh, I gave him advice all right. I got behind my nutrition pulpit and my eyes glowed red like burning anthracite as I spoke unto him the diet gospel of TC.

It appears though, that out of everything I said, he only glommed onto two words: broccoli and salmon. And he got it into his head that that's what he should eat for lunch and dinner. Every day. For two years.

Oddly enough, it worked. He lost about 60 pounds. Clearly, eating the same foods every day has some advantages, but is it healthy? Just how important is diet diversity?

Spanish researchers wanted to know if different degrees of dietary diversity had any measurable effects on longevity, so they got 1540 participants between the ages of 20-97 to complete the Valencia Nutrition Survey.

The survey asked about how often the participants ate any one of 93 different food items from 10 different food groups (vegetables, fruits, meats, fish, eggs, dairy, etc.). The researchers then hovered over them for 18 long years.

The group with the second greatest dietary percentage of dietary diversity saw a 29% reduction in mortality over the group who tended to eat mostly the same things.

While there wasn't a heck of a lot of difference in death rates between the most diverse and second-most diverse-eating groups (only 1%), the study, despite all the confounding factors you might see in a self-reported study, clearly showed that "a higher diversity in food intake, particularly in vegetables, may be associated with a lower risk of all-cause and CVD (cardiovascular disease) mortality."

There are plenty of people, though, who seem to do well with eating mostly the same things.

Similarly, Henry Cavill, while preparing for any of his Superman roles, would wake up with a protein/berry shake, followed a little later with a ham omelet. After he worked out, he had a post-workout shake. Lunch was chicken and white rice with curry sauce (for the flavor). The third meal was the same, but with brown rice instead of white.

Meal four was four ounces of beef with sweet potato fries because he's not a "huge fan" of ordinary sweet potatoes. The last meal was a pre-bed protein shake.

Of course, both diets come with a huge asterisk. Those diets, while limited in diversity, were temporary, merely a means to an end, the end in this case being the achievement of superhero shreddedness and buffitude.

One has to assume that Johnson and Cavill went back to a normal or semi-normal diet after the films wrapped up, at least until they prepared for their next film. Even so, you wonder, at least a little, what the health effects of eating that kind of diet every day for long periods of time would be.

We'll never know, but we've all met bodybuilders/athletes who ate that way for long periods of time, but let's let them digest for a minute while we look at another person who eats the same food every day.

Enter Donald A. Gorske, a placeholder in the Guinness Book of World Records for having eaten an average of two Big Macs a day (almost always washed down with Coca-Cola) and little else for 50 years. That's roughly 36,000 Big Macs.

Gorske claims to have no known health issues. He's 6 foot 2 inches tall and weighs 185 pounds. As of 2011 (the last time he went to see a doctor), his total cholesterol was 156 mg/dl, well below the national average of 208 mg/dl.

Gorske has to be an anomaly, right? Otherwise, our whole world doesn't make sense. We'd all be like the Woody Allen character in "Sleeper" who wakes up to a future where cigarettes and cream pies are healthy.

Yeah, I'm sure Gorske is a unicorn of sorts, and Hercules' and Superman's movie-role diets, while lacking in diversity, would still result in far better long-term health outcomes than the diets of the average American, Gorske's case notwithstanding.

But let's compare the pros and cons of eating the same foods every day and see if the advantages of one outweigh those of the other.

Nutritional Consistency – If you devised a daily diet that contained all the nutrients and macronutrients you needed for health, along with a formidable variety of polyphenols and carotenoids, you could, theoretically at least, tell death "Not today," for a long, long, time.

Convenience – Eating the same thing every day would make it unnecessary to track your daily nutrition at all. It'd be a no-brainer, kind of like having your own Purina Pro Plan for young puppies, adult dogs, or senior dogs.

Digestion – Presumably, the diet you chose to be your forever diet wouldn't contain any foods that caused digestive problems. You could take comfort in knowing that indigestion, flatulence, or irritable bowel in general are problems for mere mortals and not you.

Compliance – A diet you don't have to think about is easy/easier to practice. Eating the same food(s) every day doesn't require any decision-making or that much willpower. It's the dietary equivalent of being a UPS driver who doesn't need to think about what outfit they're going to wear that day. They just pull out a hopefully clean pair of brown shorts and a brown, short-sleeve shirt and they're off to work.

A Polyphenol and Carotenoid Wasteland – Let's say your chosen diet contains 20 foods, two-thirds of which are plant-based. You'd be doing better than most, but even so, you'd be shortchanging yourself of hundreds of polyphenols and carotenoids that are native to the fruits, vegetables, grains, etc.

Nutritional Inconsistency – Dietary consistency, as explained above, can be an advantage. It can also be a disadvantage. Life isn't static. Your dietary needs aren't static. Stress intervenes. Disease intervenes. Your body likely needs different nutrients based on the adversities it's facing. But eating the same thing every day doesn't allow you to call an audible.

The nutritional qualities of foods aren't static, either. One crop may differ enormously from the previous crop, nutrients-wise. Out-of-season fruits and vegetables have probably sat on the shelf for weeks or months and likely have different nutritional properties.

And woe be to you if you miscalculated your nutritional needs; if the foods you chose to comprise your perfect diet weren't so perfect after all. Maybe you'd shortchange some vital metabolic pathways; maybe you'd develop some insidious nutritional deficiency that caused you to have to breathe through your eyelids like the lava lizards of the Galapagos Islands, or something like that.

Boredom – You know how your mom used to pull out a big pot and start throwing stuff into it for dinner? You'd get a sinking feeling in your gut because you knew that pot/cauldron represented leftovers galore and you'd be having the same meal for the next two or three nights.

And that's just a microcosm of what you'd be facing if you ate the same foods every day. No walking into the kitchen and asking what's for dinner because you already know. It's 6 ounces of flank steak, a dollop or two of rice, and some flaccid asparagus. Bon appétit, you poor, miserable bastard.

A Mucked-Up Microbiome – Gut science is still in its infancy, but we're pretty sure that having a diverse number of wee little beasties in our digestive tract is a good thing. They help us digest things, and they produce all kinds of healthful metabolites that appear to have a great influence on human health.

However, if your diet lacks variety, you might not be introducing new, possibly healthful bacteria to the neighborhood, or feeding the ones you do have. Your gut has a block party and the only ones who show up are Bob and Carol Klebsiella and Margaret and John Bifidobacterium and both couples bring warm potato salad and it's a dreary affair.

Hidden Contaminants – Nearly every food contains some sort of chemical contaminant, be it mycotoxins, arsenic, dioxins, mercury, cadmium, acrylamides, or some other chemical horror we've yet to discover. Eating the same food(s) every day likely means that you're becoming a repository for that particular chemical or chemicals. People who eat a diverse diet, however, might be less likely to accumulate harmful levels of any contaminant.

While most readers might say that this article doesn't apply to them; that they eat plenty of different foods, but they're delusional. They think they're eating from a Golden Corral buffet of various foods, but they're really eating from Papi's food truck that serves three types of burritos with red or green chili and that's about it.

Most athletes/bodybuilders find about 20 foods that seem to suit their needs and their taste buds and they ride them until the sun rises in the west and sets in the east.

It's the same with almost all trainers. They listen attentively to their clients' dietary concerns/needs and then give them the same limited list of foods they give all their clients. They might as well be WWII propagandists, mimeographing their food puffery and dispersing it from their propeller-driven airplanes onto the ignorant masses below.

Let's use some dietary street smarts here. Clearly, eating the same foods every day is a great way to get in shape for a particular event; to Ginsu off the fat while preserving or possibly even building muscle, but it's not the healthiest way to live.

Diversity equals health, as long as the foods that comprise that diversity are smart choices.

I offer, perhaps, a compromise, one that's worked well for me. I eat largely the same foods/meals for breakfast and lunch and snacks, but I diversify the hell out of my dinner. Granted, that dinner might still be comprised of meat, vegetables, and possibly some grain, but it's rarely the same meats, vegetables, or grains.

I also give myself some insurance by supplementing with SuperFood, a combination of 18 different freeze-dried fruits and vegetables that contains no added sweeteners, no food coloring, no added flavoring, and no fillers or chemicals of any kind.

That way, I get the best of both dietary worlds: I have the convenience, compliance, and physique control of a diet low in diversity, and the nutritional variety, diverse microbiome, and sensory pleasure of a diet high in diversity. 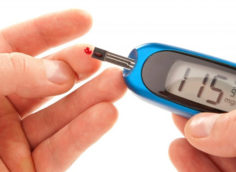 Here's how out-of-range blood sugar can be affecting your ability get shredded.
Diet Strategy, Losing Fat, Nutrition & Supplements, Tips
Susan Birch June 19
I've been brought back to the basics of solid–one might even say "manly"–nutrition too many times lately for it not to affect my writing.
Feeding the Ideal Body, Nutrition & Supplements
Lonnie Lowery, PhD April 16