I’m embarrassed to say it, but they fooled me for a few seconds. I’m supposed to know better.

The article was about a certain brand of protein powder and how it contained a mammoth 50 grams of protein per serving. Let’s call it Muscle Moo 5000 just to keep the lawyers happy.

That’s a helluva lot of protein. It’s more protein per serving than anything I can remember seeing. With that amount of protein, you could meet the entire RDA for most old people and probably a lot of small people that live under bridges.

Have two servings, or even three of that stuff, and you’ll practically satisfy the protein needs of everyone but the most dedicated and hell-bent bodybuilders.

Then I looked at the tub it comes in. It contains 2.45 pounds of powder and it contains a meager 14 servings. No wonder there’s so much protein in a serving – the serving size is enormous. If it were drywall paste, you’d have enough to fill all the bullet holes in the walls after the Valentine’s Day massacre.

You’d surely be declared the winner of the protein wars, even though you’d have to worry about people succumbing to terminal bloat before finishing it and ending up face down in the stuff, only to be found hours or days later looking like Hans Solo entrapped in carbonite.

I Did Some of that Math Stuff

I work for Biotest and we make Metabolic Drive®, a protein powder that contains micellar casein – the crème de la crème of the protein world. A serving, depending on the flavor you’re looking at, contains about 21 grams of protein.

So when the average yokel looks at our label (and most other protein powder labels, to boot) and compares it with labels that boast 40 or 50 grams per serving, he might gravitate to the “high protein” formulations, thinking they’re more powerful or potent.

The reason the Muscle Moo 5000 has less protein per equivalent serving size is because it also contains a number of essentially superfluous vitamins and minerals, along with some sugar, which dilutes the protein “density.”

So don’t be fooled by “per serving” protein claims. 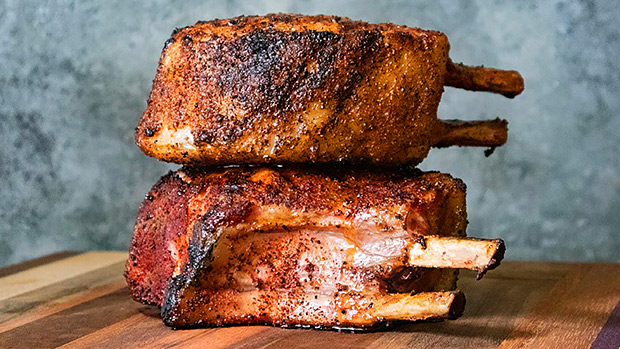 Here’s another protein charade that annoyed me. This one is from an article on the Men’s Health website. It was titled, “This Pork Chop Has a Whopping 62 Grams of Protein.”

Rather than immediately transition to a pork-only diet, I decided to read on until I came to the recipe for this magical cut of meat. Here’s the first ingredient:

Of course it has 62 grams of protein! It’s a 10-ounce slab of meat! It’s as big as a dainty woman’s toilet seat! You know what else has around 62 grams of protein per 10-ounce portion? Steak. Chicken. Buffalo. Kangaroo. Mallard. Sandhill crane. Labradoodle.

Saying that particular pork chop dish is somehow endowed with supernatural amounts of protein is harebrained. (FYI, the brains of hares only have about 12 grams of protein per 4-ounce portion, but if you served up a basket of them and called it a serving…)

Probably the only exceptions to this meat “protein barrier” are horsemeat and ostrich meat, which have a lower fat to protein ratio, making them slightly more protein dense per four-ounce serving.

Aside from them, meat is pretty much meat, which makes you shake your head at all those articles in the lay press extolling the virtue of specific types of meat because “they’re high in protein.”

They’re all high in protein, buttheads. 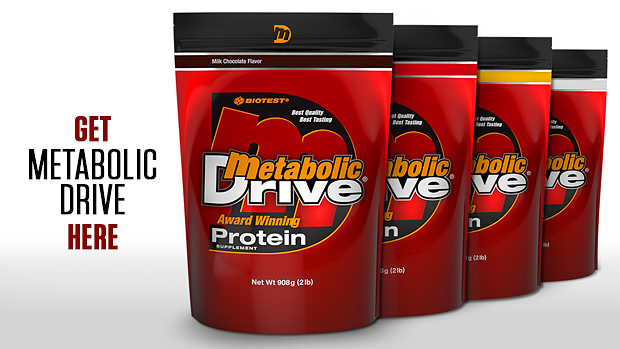