A few years ago, a French Polynesian guide made my wife a "ceremonial headdress" out of some coconut tree fronds. He placed the huge, willowy thing atop her head and it, combined with her beaded bikini, made her look like some sort of Polynesian goddess from centuries ago. I was so enchanted that it took all my will from sacrificing her to some nameless coconut god.

And that was the last time I had any special interest in any part of the coconut tree, including the nut, or as it's known among botanists, the drupe. Don't get me wrong, I'm fine with coconuts and have the same nutritional respect for them that I have for most plant products, but I don't think they, or their oil, possess any special juju.

I blame the disproportionate adulation of coconuts on the keto diet people. They read about the medium-chain triglycerides (MCTs) they contain and they embraced the oil as a fat-burning, energy-giving elixir.

Other health-hungry consumers, no doubt disappointed in the effects of their cleanses and detoxes, tucked that bottle of coconut oil underneath their arms and ran with it, ascribing to it along the way all kinds of healthful benefits, some legit and some hopelessly aspirational.

There are generally two types of coconut oil available. One is virgin coconut oil (VCO). It's extracted from a single press of fresh, grated coconut meat that's been dried for a couple of hours at a temperature less than 104 degrees Fahrenheit.

Since there's no second press and the extraction temp is comparatively low, the yield of oil is low. That's why it costs more. But the price isn't the only indication that you've got your hands on some of the good stuff – it has to smell like fresh coconuts. If it doesn't, it's not virgin.

Contrast VCO with refined coconut oil (RCO). It's made from dried coconut, known as copra. It's made from multiple extractions at high heat and has to be filtered to get the impurities out and make it more stable. It has less flavor, much less coconut smell, and it's fairly suitable for deep-frying foods, even though its smoke point is less than a lot of other oils.

While RCO contains that same fatty acid profile as VCO, it's lost a lot of its polyphenols, which are compounds found in plants that have been shown to greatly benefit the human body and help fight diseases.

As such, virgin coconut oil is the way to go, unless you just need some oil with which to fry up your hushpuppies.

Coconut oil is the darling of the keto dieters, as they often use it to provide energy to their carb-starved bodies and to facilitate their mystical transition into ketosis... or so they think.

Many keto dieters are under the impression that coconut oil is synonymous or virtually synonymous with the fatty acids known as medium chain triglycerides, or MCTs.

MCTs are cool because, unlike long-chain triglycerides (LCT), they skip an important biochemical step and are directly transported into the portal vein and shuttled to the liver, where they quickly provide energy.

MCTs also enter mitochondria independently and are converted to two ketone bodies that are then further metabolized to produce CO2, water, and energy instead of being deposited as fat. That's huge.

Contrast that with LCTs. They combine with proteins to form chylomicrons that enter blood through the lymphatic system and mostly bypass the liver. Unfortunately, as these lipoproteins circulate round and round the body, they deposit fatty acids to tissues, thereby contributing to your porkiness. To make matters worse, some of these fatty acids are troweled onto artery walls.

Now here's where it gets tricky. Coconut oil contains three fatty acids that are usually considered to be MCTs: caprylic acid, capric acid, and the most abundant and mythologized one, lauric acid.

Depending on who you talk to, between 15% and 55% of the oils in coconut oil are MCTs, but let's be generous and assume that number is 50%. Great, but lauric acid, the predominant "MCT" in coconut oil, is metabolized more like a long-chain fatty acid, thus throwing the MCT magic of coconut oil into question.

Between 70 and 75% of lauric acid is absorbed and transported by the same chylomicrons that are associated with LCTs and run around the body slapping fatty acids against your blood vessel walls and fat cells.

That means that if you're lucky, only about a third of the fatty acids in coconut oil are absorbed like MCTs and wouldn't be stored as fat or muck up your cardiovascular system.

The lesson here is that none of the research on the alleged benefits of MCTs can be applied to coconut oil because it's made up of a variety of short-chain, medium-chain, and long-chain fatty acids.

Proponents of coconut oil always point to the Polynesians as Exhibit A in their defense of the oil's benefits. They tell you that Polynesians have low levels of heart disease and it's because of all the coconut oil they ingest.

It's true... or at least it was before the Polynesians started eating the same cookies, crackers, candies, and fast foods that Westerners eat. They now have pretty much the same or worse cardiovascular health as all of us non-islanders.

And while they might have once had reduced rates of heart disease, it was probably for a variety of reasons. Yes, they ate a lot of coconuts (and still do), as in whole coconuts – the meat, the fiber, the "milk" inside, and yes, the oil that's contained in the meat, but therein lies my point.

They're eating most of the entire coconut and thus getting ALL of its polyphenols and nutrients instead of just swilling the oil. So sure, their past, collective heart health could have been attributed to whole coconuts, but it was more likely that they live(d) in a virtually stress-free freaking paradise where fruit and fish abound.

Regardless, there have been a number of studies involving coconut oil's effects on the cardiovascular system. Some studies show positive effects, some negative, and some show no effects. It's the same with blood pressure studies. Two found no difference from ingesting coconut oil while one showed that it reduced elasticity of blood vessels.

The reality is that coconut oil is extremely high in saturated fat, much more so than butter, even (by about 50% more). It's also been shown to raise cholesterol (both kinds) more than plant-based oil. Its profile might have looked better if its levels of MCTs were close to what they are in the imagination of coconut oil proponents, but they're not.

And yeah, it's uncertain as to whether saturated fat is really the demon it's been purported to be and whether we're even close to figuring out the significance of high or low cholesterol values. Regardless, you need to know the facts before you crown coconut oil as the elixir of health.

Whether it also works on humans is less certain.

There's an ancient Ayurvedic dental practice where you swish oil in your mouth on an empty stomach for 20 minutes. In what just has to be a case of onomatopoeia, it's known as "gundusha."

Surprisingly, at least to us jaded Western type, the procedure seems to work. One study compared swishing coconut oil around your mouth against swishing water (the control) or a germicidal mouthwash (chlorohexidine) and found that coconut oil worked as well as the mouthwash in killing Streptococcus mutans, a significant contributor to tooth decay. Apparently, the lauric acid in coconut oil appears to have antimicrobial effects.

Other studies and empirical observations have reported the practice to lead to less instances of bad breath, reduced inflammation, and possibly even whiter teeth.

Coconut oil may not prevent Alzheimer's, but it definitely seems to protect hair from bleaching, UV light, or plain over-washing.

Rub a small amount on your hair before you wash it to reduce the amount of water absorbed by the hair shaft and prevent the cuticle scales on the hair from popping up.

Alternately, apply a thin coat after washing to protect it from styling (heat, friction, and torque) and make it softer and smoother, so much so that Gauguin's ghost will want to paint you naked like one of his Polynesian girls.

Applying coconut oil to your skin, preferably virgin coconut oil, has shown consistent improvement in atopic dermatitis. This again is presumably from the antimicrobial effects of lauric acid, in this case significantly decreasing levels of Staphylococcus aureus, a common cause of skin infections.

I'm afraid coconut oil's been taking credit for someone else's work again, as any rep it has as a fat-burner is based on studies of the MCTs, caprylic and capric acid.

Each have been shown to cause a 5% increase in energy expenditure, along with increased fat oxidation (at least in animals), but as pointed out, those fatty acids are in short supply in coconut oil.

Coconut oil contains a large amount of phenolic acids, which is of course contingent on how much the coconut gets beat up in processing. That's why virgin coconut oil is the way to go, whenever possible.

The major polyphenols in coconut contain caffeic acid, syringic acid, p-coumaric acid, vanillic acid, and ferulic acid, in addition to a bunch of different flavonoids. The "trouble" is, the combined (or even individual) beneficial effects of polyphenols are hard to assess.

Science strongly believes, though, that ingesting multiple polyphenols from all of the polyphenolic categories is beneficial in fighting disease and aging.

My best advice is to keep virgin coconut oil, along with all saturated fats, to less than 10% of total calories. I'd also recommend treating virgin coconut oil as just another pitcher in your rotation, giving equal time to unsaturated plant oils like olive oil and canola oil. 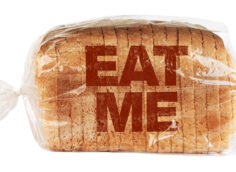