Allulose: The Sweetener of the Future

I know, it sounds like maybe somebody sold their soul to some demon in exchange for seven years of prosperity and an idyllic sweetener. The way science is discovering new allulose superpowers, I wouldn't be surprised if they found it treated diminution of the marital impulse in less than accommodating spouses.

There's more, too. Unlike a lot of sugar substitutes, no one with any degree of credibility has yet to say that allulose will cause cancer in mice, moose, marmots, mealybugs, manatees, or man. Neither will it cause cavities or muck up your microbiome like some other sweeteners (artificial) are purported to do. No, bacterial inhabitants will likely welcome allulose, maybe even inviting it to the Colon-palooza music festival, featuring headliner Elvis Klebsiella.

The USDA has even given it GRAS (generally recognized as safe) status, making it one helluva' appealing sweetener when all its attributes are considered.

So, what exactly is this stuff?

D-allulose is what you call a "rare sugar" because it only exists in small quantities in plant foods like brown sugar, maple syrup, figs, raisins, and wheat. In chemistry terms, d-allulose is the C-3 epimer of d-fructose. (Epimers are sugars that differ in configuration at a single asymmetric carbon atom, e.g., glucose and mannose.)

While not entirely calorie-free, allulose contains only 0.2 to 0.4 calories per gram, or about 10% of the calories of table sugar, while being approximately 70% as sweet.

Since it's a monosaccharide – a lone sugar molecule – it doesn't even need to be digested. About 70% of it gets absorbed by the digestive tract and is excreted intact through urine, while the remaining 30% rides the poop train out of Dodge. Because of its chemical nature and the way it's metabolized, it has zip effect on blood glucose or insulin levels.

This is why allulose has got the keto people all excited. Now they have some hope of eating something considerably sweeter and tastier for dessert than a liver snack, or whatever the hell they eat.

Allulose doesn't affect blood glucose or insulin levels, but there's more to it than that. It also kicks up glucose uptake from the liver and suppresses liver lipogenic enzyme activities. It's also been shown to lower food intake while increasing energy expenditure (at least in mice fed a high-sucrose diet).

Other studies have shown that it inhibits dietary fat absorption in the small intestine and increases beta-oxidation in fatty tissue (again in mice, but this time in those fed a high-fat diet).

The net effects of all this were decreases in body weight, fat mass, and food intake.

Happily, d-allulose has also been found to ameliorate insulin resistance and glucose tolerance while reducing fat accumulation in humans, too.

The fat reduction occurred because of increased after-meal (postprandial) fat oxidation. One study (Han, 2018) that involved 121 subjects found that using d-allulose resulted in the loss of abdominal and subcutaneous fat compared to a placebo group. But admittedly, it did use rather large and impractical doses of the sugar (4 grams twice a day).

A more recent study highlighted another aspect of d-allulose. It, like some of the others, only involved mice, but its possible implications for humans are mind-blowing.

I'll spare you the tedious details about how many mice in which control group ate this or that, or how much time they spent running on their exercise wheels. Suffice it to say, the study in question appeared to be well-designed.

Here's what they found in the group that had been administered a daily 3% d-allulose solution:

It's unclear whether practical doses of d-allulose will lead to fat loss or increase the aerobic performance capacity of humans, but at the very least, it should make for a very palatable, multi-purpose sweetener with low insulinogenic properties.

Despite all these positive attributes, d-allulose is still unknown to most consumers (outside of the keto cult, at least), even though it's found its way into well over 180 new products, mostly chewing gums, ice creams, pastries, and salad dressings.

However, you can buy packages of d-allulose on Amazon for home use. It has the same functionality as table sugar, so you can use it in baking with impunity.

Pretty soon, though, d-allulose will likely be ubiquitous – assuming production can keep up with demand and prices don't become prohibitive. 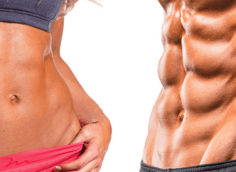 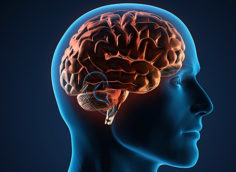