As we say in the muscle-building world, nutrition is responsible for 50% of your results. Or is 75%? Heck, I've even heard 90%!

Whatever. We'll let the experts argue numbers. But this much is certainly true: If you aren't paying attention to the foods you eat, you're severely hurting your chances of building a muscular, lean, healthy body.

But let's go a step beyond the obvious.

Tell me, what do fat people and scrawny people have in common? What does the powerlifter have in common with the competitive bodybuilder? The pro athlete and the weekend warrior? The 17 year old newbie and the 25-year veteran?

Answer: They all eat. Every day. Several times per day. And if they aren't getting the results they want, then I'll bet you a shiny new quarter that their diet is a big cause of the problem.

And that's why I love to read, edit, and write nutrition articles: They apply to everybody and they can give your physique-building efforts a blast of nitro.

Do you eat? Good. This article is for you.

A few years ago, TC wrote a great article about what he called "power foods." There he listed 13 foods that have powerful, drug-like effects on human physiology – foods that not only make you healthier and potentially boost your lifespan, but also foods that support your physique and athletic goals. In other words, foods that make you look good nekid and keep you looking good for years to come. Here's TC's list:

Now I'd like to add to that list. Here you'll find 8 "new" power foods that I've discovered, both as an amateur cook and fitness journalist who's in contact with the best nutrition dudes in the biz.

Pull up a chair. Let's eat!

One day as a child I toddled into my grandmother's kitchen and got a noseful of boiling cabbage.

I didn't get near the shit again for 20 years.

Too bad for me. It turns out that cabbage can taste great raw or in Asian dishes – any bad smell is actually caused by overcooking it – and it's a bona fide superfood. Testosterone contributor Dr. Jonny Bowden calls cabbage "probably the most important vegetable in the world from the point of view of nutritional benefits and cancer-fighting ability."

One way to eat more cabbage is to use it as a salad alternative. Sauerkraut is another healthy option.

Next, check into kimchi, a Korean dish made of fermented cabbage and other veggies that's been named one of the five healthiest foods in existence by Health magazine.

Not only does kimchi contain lots of Chinese cabbage, you also get the health benefits of fermentation, making this a natural probiotic. Look for it at Asian food stores and even in the international section of major grocery store chains.

Finally, kale, which is a type of cabbage, is sort of a "super-spinach." Although everyone seems to think spinach is top dog among leafy greens, kale actually beats it on the ORAC (oxygen radical absorbance capacity) scale. In fact, kale is the highest ranking veggie when it comes to antioxidant capacity. This is one reason why kale is a major component of Biotest's Superfood – it's a health-boosting, cancer-fighting ass-kicker.

Now, tell your granny to stop boiling the cabbage. That just ain't right.

This oil – mostly saturated fat – comes from pressed coconuts and...

Huh? Yes, I did say "saturated fat." And no, there's no need to panic! This plant-based saturated fat isn't exactly the same stuff found in fast food and chemical-laden red meats. In fact, it's quite good for you since it's a natural saturated fat consisting of medium-chain triglycerides (MCTs).

Coconut oil got a negative rap a few decades ago after some really crappy animal studies concluded it wasn't healthy. The dingdongs in lab coats used hydrogenated coconut oil that was purposefully altered to make it devoid of any essential fatty acids. [Slaps forehead.] Luckily, things are changing for coconut oil. The newest studies show it's quite healthful.

The best thing about coconut oil is that you can cook with it without ruining any of its healthful properties. I use it for everything from stir-frys to eggs and pancakes.

On a mass plan and think you have to eat junk food to take in enough calories? You don't. Spoon some sweet coconut oil into your shakes for a healthful "weight gainer."

You can find coconut oil at any health food store. Just look for the unrefined, virgin, or organic variety.

This buttery fruit – yep, it's a fruit – is full of healthy monounsaturated fats, shown to lower "bad" LDL cholesterol and triglycerides while raising "good" HDL cholesterol... and that spells less heart disease. Monounsaturated fat has also been linked to reduced risk of cancer and diabetes.

By the way, this ugly fruit's name is derived from the Nahuatl word āhuacatl, meaning testicle. Now you know in case it ever comes up on Jeopardy or something

Toss your "testicles" in with your breakfast eggs, use them in salads, or smear them on burgers instead of mayo.

Where'd that myth come from anyway? Well, early studies on eggs didn't differentiate between the types of cholesterol. So yes, eggs raised cholesterol and were deemed "bad," but it was the good kind of cholesterol – HDL. Well, what do you expect from a study done by the makers of breakfast cereal, the direct competition of eggs! One recent study concluded that eggs were "not associated with high serum cholesterol concentrations."

I'm not worried about the health impact of whole eggs anymore, but I do prefer the omega-3 enriched variety. All you do is feed hens a vegetable diet with lots of flax seed and even some fish oil, and they lay eggs with three times the omega-3 as regular ones.

Now, it's not much, and it won't replace your Flameout®, but every little bit helps. Plus it's comforting to know that the layer of your eggs is being fed flax instead of "rendered cattle matter" like the diet of a regular factory hen. I don't even wanna know what that is.

Eggland's Best eggs and other brands can be found at most grocery chains.

Quinoa is a high-protein seed that contains all nine essential amino acids, which is pretty uncommon. That's probably why it was so valued among the Incas who called it "the mother of all grains," although it's not really a grain. Quinoa is recommended by Dr. John Berardi, Dr. Jonny Bowden, and Charles Poliquin, among many others.

Since quinoa is a seed that thinks it's a grain, it's safe to eat even for those with grain allergies. It has loads of fiber and a low glycemic index, so if you're skeered of carbs, then quinoa can still be your friend. When cooking it, you can think of it as a replacement for oatmeal or rice.

I like to think of Greek yogurt as a real man's yogurt. Because it's strained, Greek yogurt contains about twice the protein as foo-foo regular yogurt, while at the same time containing fewer carbs and almost no lactose. Its good-for-ya live and active culture content is also much higher than that of regular yogurts.

The straining process not only makes it creamy and rich, it also produces a yogurt that stands up better to heat, so you can cook with it as well as toss it into protein shakes or eat in plain. One of my favorite uses for it is to toss a couple tablespoons into low-fat ground meats like turkey or venison for added moisture and flavor.

I really dislike onions, at least raw onions. But because of their potent cancer-fighting abilities, I've learned to eat them. Why would I go against my personal food preferences and learn to enjoy onions? Because onions:

Want the most benefits? Then take a tip from Dr. Bowden and choose the strongest tasting onions. These contain the most health-improving chemicals.

My tip for the non-onion eater? Thinly slice a milder onion like a shallot and grill it in olive oil with a dash of balsamic vinegar and a pinch of organic cane sugar. Smells like greasy onion rings when cooking, but ya know, won't take years off your life and stuff. Great topping for a turkey burger or as an omelet stuffer, plus it allows for a gentler introduction to onion eating.

Of beans, Dr. John Berardi notes: "Beans are a magical fruit, containing soluble fiber, lots of B-vitamins, calcium, a good dose of amino acids, and a big whack of anthocyanins, known for their powerful antioxidant capacity. I throw a cup or two of legumes on my plate a few days per week."

People who eat beans regularly typically have lower rates of heart disease and certain types of cancer, including prostate cancer, something we dudes over 35 need to start thinking about.

Think beans are a pain to make because of all the pre-soaking and such? No worries, canned beans are fine. Even the American Institute for Cancer Research suggests you always keep canned beans in your pantry for quick additions to meals.

By the way, the USDA recently tripled its previous intake recommendations for beans. They now recommend three cups each week... which probably means that double that amount would be even better given how behind-the-nutritional-times these organizations can be.

Nutritionist Mike Roussell lays out some of the basics (and some of the not-so basics) for eating your way towards muscularity.
Diet Strategy, Feeding the Ideal Body, Nutrition & Supplements
Mike Roussell, PhD July 15 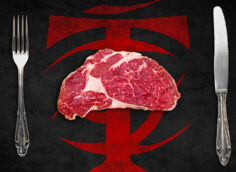 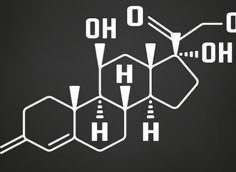 Cortisol is necessary for bodybuilding, but too much at the wrong time can put the brakes on your gains. Here's how to take charge of it.
Feeding the Ideal Body, Nutrition & Supplements
Christian Thibaudeau August 22