You can eat all the food you want, but if your body can't assimilate your protein, carbs, or fats, it doesn't do you any good.

That's why when nutritionist Robert Yang has a client who can't gain muscle, he doesn't increase his protein or change his training program. He watches him chew.

"It's insane how many guys will eat a huge steak and only take five or six bites before swallowing it," he says. "They eat like my dog. And they've completely screwed their chances of getting all the high-quality protein and fat from the steak."

According to Yang, failure to fully digest your meals can lead to poor muscle growth, lack of energy, and even bouts of depression.

"You may be eating all the nutrients your body needs, but if your body doesn't have the capability to digest them–whether it's a lack of HCL (hydrocholoric acid) production or other causes–you won't get the benefits eating the nutrients in the first place."

So if you want a better body, it's not just what you eat. It's how you eat, too.

There are two phases to digestion: mechanical (chewing) and chemical (the actual breakdown of nutrients in your body).

But let's back up a minute. Yang says digestion starts when you see food.

"Imagine you have a lemon sitting in front of you," he says. "See how yellow it is, how juicy it is? Smell the citrus. I guarantee that if you really think about it, you'll automatically start salivating."

But why is that important?

"Saliva contains an enzyme called amylase. When you mix the food with your saliva, you actually start breaking down the carbohydrates right there before it even gets to your stomach."

And not only should you chew your food, you should also "eat" your protein shake.

"If you're a typical meathead you'll just slam the protein shake," says Yang. "But you gotta treat it like wine. Swish it around in your mouth. Intertwine it with your saliva and start breaking it down."

So we're chewing our food and our protein shakes (and getting weird stares from our friends). But how do we know when we've chewed enough?

"Think of this way," says Yang. "Let's say you put a block of ice in the sun. It takes a long time to melt, right? Now say you put a handful of ice chips in the sun. They'll melt a lot faster. Your body is the same way. If you chew enough times–say, 15 to 20 times per bite–then what you'll have is essentially liquid. It's much easier for your body to break down."

And here's another tip from Yang: don't drink water with your meals.

"It's a sign you're not chewing enough. You're just drinking the water to help push the food down. Also, the water may dilute your stomach acid, which you need to break down the liquefied food that travels there."

Which brings us to the chemical phase of digestion.

Once the food passes through the esophagus, it goes through the lower esophageal sphincter and into the stomach. There, the presence of food stretches the stomach and signals your body to release gastrin and HCL.

Now, here's where things get a bit tricky. Gastrin is important for protein breakdown because it signals for pepsinogen to be released. But the pepsinogen can only convert to pepsin–the enzyme that breaks down protein into amino acids–if there's HCL.

And most guys don't have enough.

"If you don't have enough HCL to convert pepsinogen to pepsin, then it doesn't matter if you eat 300 grams of protein, because you're hardly going to digest it all," says Yang.

So if carbohydrate breakdown starts in the mouth with saliva, and protein assimilation starts in the stomach with HCL converting pepsinogen to pepsin, what about fats?

"Think of the gastrin, HCL, and food blending together like they're in a cement mixer," says Yang. "This glop makes up a mixture called chyme."

Now secretin also releases cholecystokinin (CCK), which triggers the gallbladder to release bile. And bile production helps you assimilate your fats. But the bile can't be triggered if your stomach isn't as acidic as it should be.

So if you go up the chain, from the small intestine to the stomach to the mouth, you see just how important HCL is for helping you absorb all your nutrients. (And, of course, you see how important chewing is.)

Based on his studies with clients, Yang hypothesizes that more than 80 percent of people have low HCL.

Here are some of signs that you may be deficient:

What to Do If You Have Low HCL

But sometimes you need to pull the trump card and actually supplement with HCL.

"Guys like us who are on the bodybuilder diet aren't the norm," he says. "We're willing to eat more calories and protein than most people, and I just don't think our bodies are used to that amount of food. So I believe if you're a guy who's eating a ton of protein, you need to take extra digestive support."

If you feel like you need to pull out the big guns, order a bottle of HCL (Yang recommends finding one with pepsin in it) and try the following:

"If you have burning in your throat or stomach it's a signal that your body produces enough HCL and you don't need to supplement with it," says Yang.

But if you don't feel a burning sensation, Yang suggests bumping it up to two capsules before every meal for two days.

So, what exactly should you feel?

"Well, you probably won't 'feel' anything, but you'll notice that your bloat goes down, you'll have less gas and less constipation."

And if you don't have any of those effects after taking two capsules at the beginning of every meal for two days?

"Bump it up to three and finally four capsules before each meal for two days. That's the highest I recommend in this situation, though."

To recap: a burning sensation is bad and lets you know you either produce enough HCL already or that you just took too many capsules before your meal and that you should scale back.

But how long should you take HCL?

"As long as it takes to get your stomach acid back to normal," says Yang. "It varies, but most people will be taking HCL for quite a while. It's just something that has so much benefit that you'd be doing yourself a disservice to not take it."

Can You Stomach It?

While you may not need to get fancy with the HCL supplementation (though Yang is pretty sure most of us could use it), becoming conscious of the way you chew–along with avoiding water at meals–can make a huge difference in your digestion, and therefore your muscle-building abilities.

Now excuse us while we go chew our protein shakes. 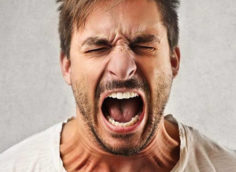 There are a ton of different ways to fast. Here's one that's not too painful and will get you shredded fast.
Diet Plan, Diet Strategy, Feeding the Ideal Body, Nutrition & Supplements
Paul Carter June 8 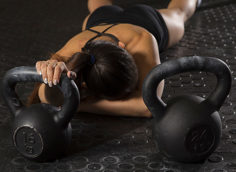