Shortly after Pumping Iron first hit movie theaters back in 1977, gyms around the country were overrun by thousands of muscle-hungry young men looking to pump up and become the next Arnold, Franco, or Big Louie.

These newbies wanted one thing: a muscular body. And they obviously weren't embarrassed to admit it; on the contrary, most celebrated their love of muscle, as seen in some of the outrageous fashions that graced bodybuilding through the 1980's.

They talk about training for explosiveness or core stability, even bragging about improving 40-yard dash time and vertical jump scores, despite not playing football since being cut by their high school teams. 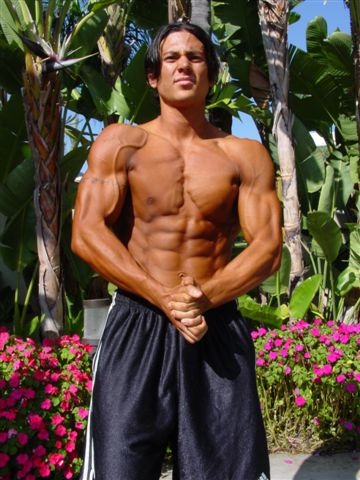 They all say building a pretty body is the least of their concerns.

And they're all liars.

The 32-year-old San Francisco-area trainer thinks wanting a lean, muscular body that makes girls blush and guys jealous isn't something to be embarrassed about. He's embraced his own desire to train for beauty first – he's his gym's resident "ripped guy" – and he's built a successful business helping others achieve similar results.

Skeptics might agree that Miyaki might be ripped, but in bodybuilding terms, he's also kinda' small, and likely has never been fat a day in his life.

"That's a laugh," says Miyaki. "I think I have about the worst genetics in the world. As a kid I was so chubby that my brothers called me Baby Sumo. I've spent most of my life as a skinny-fat guy. That's the worst kind of physique, because you're fat but not even big or strong. I've had to battle most of my adult life to get in shape."

As for being small, even by natural bodybuilding standards?

"I agree," says Miyaki. "At my height, I should be at least 10 pounds heavier in contest condition. So I'm working on building more mass. But I love being in shape all year and it's very good for business, and I have no aspirations of pursuing bodybuilding as a career. So I'm reluctant to get too heavy in the off-season."

Nate's fitness journey had its share of twists and turns and even the occasional bodyslam. After completing a variety of pre therapy and premed courses during his undergraduate years at the University of California, Berkley, Nate entered postgraduate studies at San Francisco State with the intention of being a physical therapist. To help pay the bills, he also took on an interesting part time job: professional wrestling.

"I was scouted by a promoter for a wrestling organization while performing Capoeira (a Brazilian dance-martial art). The next thing I knew, I was touring the wrestling circuit as 'The Kamikaze Kid.'"

"I did that for a few years and it was a lot of fun, but it puts a huge stress on the body," says Miyaki. "Towards the end, I got body-slammed hard and thought I broke my back. Fortunately, it was just impinged nerves." That essentially ended my wrestling career. It was a good experience though."

His other career was also evolving. Once the internship side of physical therapy began, Miyaki started to question whether he'd chosen the right path. The accompanying dubious nutrition courses essentially sealed the deal.

"I realized it wasn't for me. Some of the stuff we were learning just didn't click with what I believed in. But I still loved nutrition, and I loved research. So I studied on my own and combined it with my experiences in my personal training business."

Since then, Nate Miyaki has been getting clients – and himself – in tremendous condition, naturally. And he's been doing it with a practical spin on a healthy yet controversial nutrition framework.

Miyaki says the best way to describe his philosophy is Paleolithic (Paleo) plus sports nutrition.

The Paleo Diet is a reduced carbohydrate diet that's often described as the "caveman diet." The philosophy is, if a caveman had access to it, you can eat it, which leaves meats, vegetables, nuts, and some fruits on the table while eliminating most carbohydrates derived from wheat, grains, or sugar.

"The Paleo-style diet is the basic foundation," says Miyaki. "It's shown numerous health benefits and is the ideal plan for both overweight and sedentary populations."

But for athletes it's a different story.

According to Miyaki, a considerable segment of the research showing the health benefits of low-carb plans used sick or compromised subjects, like the obese or Type 2 diabetics – the polar opposite of a typical hard training physique athlete.

"A bodybuilder at 12% bodyfat struggling to get to 4% isn't the same as a sedentary 40% bodyfat couch potato. It just doesn't make sense," says Miyaki.

Further, much of the research showing benefits to low-carb plans compare a low carb plan to an extremely high carb diet, with as much as 70% of the calories coming from high glycemic, processed carbs like breads and cereal, and very low protein. Rarely was the competing diet a moderate, natural carb-based plan.

Finally, Miyaki cites research showing that being on a low carb diet too long can lead to impaired thyroid function and decreased leptin, adding that new studies even show that the Testosterone-cortisol ratio gets impaired after too many days of low carbs.

"It's not a good scenario for any athlete," says Miyaki. "The answer is to compromise." 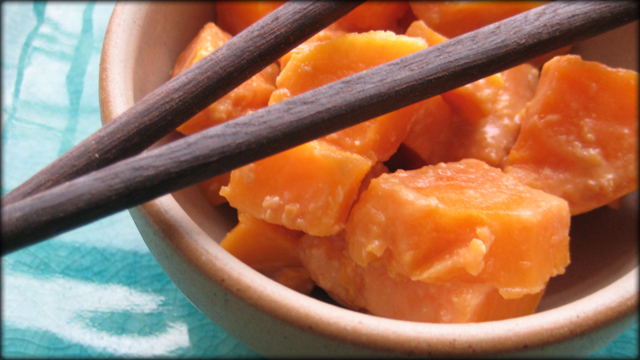 "Cavemen were eating simply to survive," says Miyaki. "Modern physique athletes are eating and training for much more than just the fulfillment of the general life cycle. They're trying to reach the pinnacle of aesthetic physique development. Still, most modern foods like sugar, dairy, bread, juices, and whole grains (as are typical in many physique athletes' plans) remain off-limits to avoid the host of metabolic, hormonal, and digestive diseases associated with modern eating."

The Bodybuilders' Paleo: Step By Step

"I've seen guys get ripped to shreds on a high carb, low-fat diet like the kind Scott Abel uses, while others can get diced on zero carbs. More often than not, genetics and body type are the determining factors. Leaner people are generally more insulin sensitive, and can effectively handle more carbs, whereas a fat person needs to follow a more strict Paleo approach.

In other words, someone at 10% body fat can get quite a bit of carbs at periods when insulin sensitivity is highest (post-workout), whereas someone at 30% bodyfat will get green veggies and a bit of fruit, period.

But as they get leaner, they can get more carbs. So it's like what Poliquin and others have been saying for years: 'You have to earn your carbs,'" says Miyaki.

The key is to stick to clean carbs like rice, sweet potato, and the like. No gluten, wheat, grains, sugar, refined flour, or high fructose corn syrup.

Here's an example for a 200-pound male bodybuilder at 15% bodyfat:

The Ripped and the Pendulum 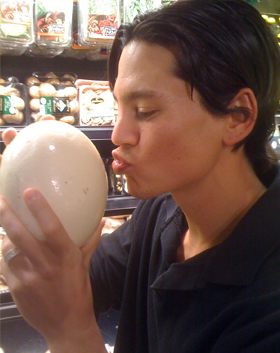 Nate Miyaki's approach to Paleo eating could be seen as a pendulum shift back towards a more balanced approach to healthy eating, but he also warns not to forget the Paleo diet's bigger message.

"As a society, we need to move back to our ancestral roots, and return to a more natural way of eating," he says. "A Paleo-style diet is the best way to accomplish these goals. It helps improve health, reduce major disease risk factors, control blood sugar, and eliminate food allergens and digestive disorders.

But we're bodybuilders, not couch potatoes," says Miyaki. "Our goal is to be lean and muscular andhealthy. And I don't know of one natural bodybuilder who uses a strict Paleo diet to get shredded. We need to tweak things a bit.

There can be a happy medium between Paleo eating and the benefits of science-based sports nutrition, one that's backed up by real research and delivers results."

It's that last word, results, that deserves another mention. Because deep down, most of today's gym rats – despite catch phrases like functional training, relative strength, and core stability – aren't that much different from the new guys who showed up at the gym the day after they saw Pumping Iron. They want to look jacked.

"I've been there," says Miyaki. "I was a skinny fat bastard, and it drove me to research and experiment until I found the healthiest, most effective dieting system for natural bodybuilders looking to get into great condition.

That's what I hope to share with T NATION readers." 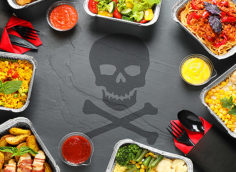 All those meals you eat every day to keep blood sugar stable? They're gradually causing you to become insulin resistant. Here's what to do.
Carb Control, Nutrition & Supplements
TC Luoma August 24