People buy organic food for many reasons: to reduce the toxic load on their body, to eat more nutritious foods, to be environmentally friendly, and to support local and/or sustainable farms. In this article we're gonna save the moral dilemma of organic vs. conventional food for your ethics class or Greenpeace rally and instead ask the question: is organic produce better for us?

In 1900, the amount of organic food being consumed was considerably high, since almost none of it was treated with pesticides. In 1945, two hundred thousand pounds of artificial pesticides were sprayed on US food. In 2002, two billion pounds were sprayed. (I could delve into a hodgepodge of maladies and chronic diseases that have also been on a rapid rise over the same time period, but I won't as it's damn near impossible for scientists to make definitive correlations with diseases since there are too many uncontrollable variables.)

To get a USDA Certified Organic seal a producer must be a licensed organic farmer, and must adhere to the following guidelines: no use of synthetic pesticides, herbicides, or fertilizers, no use of genetically modified seeds, no use of sewer-sludge fertilizer, and no use of irradiation treatments. They also must be inspected regularly and let the inspectors onto their farms at any time.

Despite what some Internet doom-and-gloomers would have you believe, the USDA Certified Organic seal does mean something. However, it's under constant attack from agribusiness lobbyists who are funded by powerful conventional farming conglomerates. Most of these attacks have been thwarted in court.

(The only successful one I know of was in 2006 when a Congressional agricultural bill was passed allowing the use of non-organic ingredients when organic ingredients were not available. The bill allows companies to still display the USDA Certified Organic seal on the package. This, however, doesn't affect organic produce since they're not packaged, processed food products.)

We already know that people who eat conventional foods have higher levels of artificial pesticides in their bodies. This issue thus boils down to personal belief: do you believe that your long-term health and performance will suffer from having higher levels of artificial pesticides accumulating in your body? If you answered "yes," I'll have a few strategies for you below to keep your sanity (and wallet) intact while grocery shopping. If you answered "no", well, you should keep reading anyway, because the next question is a doozy. 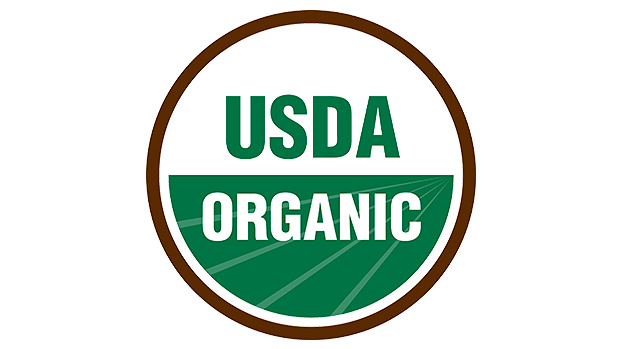 Plants produce their own natural pesticides in order to survive in the wild. These are of no negative health concern to humans as we have evolved to not only be immune to the adverse effects, but actually benefit from some of them, too.

The answer: kinda. The vast majority of studies have concluded that, at best, organics are only slightly more nutritious. The nutritional content of any produce item is highly dependent upon its ripeness level, and whether or not it was grown in season. Any possible increase in vitamin and mineral content gained from organic growing standards will be minimal when compared to its conventionally grown counterpart.

One point that isn't often brought up in the literature, however, is phytochemical content. Phytochemicals are the health promoting (cancer fighting, antioxidant, etc.) components of plants. There are several thousand known phytochemicals, and probably countless others that have yet to be discovered. Soil contains many microorganisms that play a key role in generating the nutrition to feed and provide much of the immune system of the plant. Artificial pesticides kill off many of these beneficial microorganisms.

What Kinds of Fruits and Veggies Should You Buy Organic?

Some produce grow fine with only a minimal amount of pesticides and also may have fewer threats from pests. So you can still significantly reduce your exposure to artificial pesticides by buying a few choice organic items and the rest conventionally grown.

Here's a list of produce that you ought to purchase organic due to high levels of contamination: pears, apples, strawberries (most berries), nectarines, cherries, bell peppers, coffee, celery, lettuce, spinach, grapes, raisins, potatoes, and tomatoes. 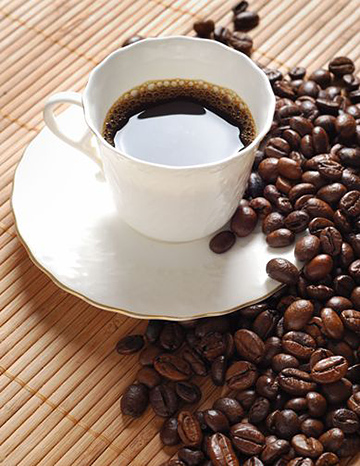 (Coffee is the big one here. It's been stated that if you were to buy only one thing organic, you better make it coffee since most of it is grown in third-world countries where the laws are less stringent and many use harmful pesticides such as DDT, which is a known carcinogen and outlawed in the US.)

Pears and apples have the highest levels of contamination of all produce, and apples are the second most commonly eaten fruit in the US.

Some produce presents very little risk of contamination to you, and can thus be bought conventionally: asparagus (fewer pest threats), avocados, bananas, broccoli (fewer pest threats), cabbage (requires less spraying to grow), sweet corn, sweet peas, cauliflower, kiwi, mango, onions (less pest threats), papaya, and pineapple. Obviously, eating all organic produce would reduce your exposure to pesticides the most, but by sticking to the above lists, you can be sure to get the most bang for your organic buck.

It's important to note that all produce should be thoroughly rinsed before cutting into it or eating it. This includes thick-skinned produce like pineapples and avocados. Germs, microbes, and artificial pesticides are caked onto the outside of produce. If you don't rinse before cutting into them, then you're simply pushing the bad stuff inside to the edible portion.

The Bottom Line on Organic Produce

Currently, the USDA Certified Organic seal is something you can trust. Eeating conventional produce does cause artificial pesticides to accumulate in the human body. Whether this is of any health or performance concern is up to you to decide for yourself. However, you shouldn't buy organic produce to get more nutritious food, but rather to minimize your exposure to artificial pesticides, and for the possible increased phytochemical content.

If you're a broke college-student or just a tightwad, at least buy organic coffee, apples, and pears, and remember to thoroughly rinse all produce (even thick skinned organic ones) before cutting into or eating.

Most importantly, remember that even a highly contaminated conventional apple will still do a number of wonderful things for your body. As Dr. John Berardi has so eloquently stated, just eat the damn fruit! 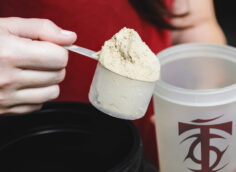 What's the best protein powder? With all the different protein scoring systems out there, here's how to know which is best for you.
Nutrition & Supplements, Protein
TC Luoma December 16 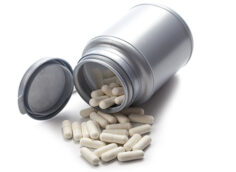 If you're low in this mineral, it could bring on the symptoms of depression. Could fixing the deficiency be a depression treatment?
Calm Down & Sleep, Magnesium, Nutrition & Supplements, Tips
Chris Shugart December 5 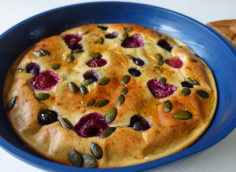