For lifters and athletes who often regard food as fuel, I'd go with white rice almost every time.

Granted, the pony-tailed girl in the hemp peasant dress who works at the food co-op will tell you that brown rice is better, but she's got a whole "anything that's processed at all is bad" thing going.

Sure, brown does have more nutrients than white rice, but it's a moot point because the bran that makes the rice brown contains phytic acid, which grabs onto, or chelates, the minerals, along with inhibiting the enzymes we need to digest food.

White rice, since it's had the bran removed, is free of phytates, but removing the bran also removes the nutrients. No worries. They then fortify the white rice with iron, folic acid, other B vitamins, zinc, and vitamin A, so white rice ends up nutritionally ahead of brown rice.

True, removing the bran means that the white rice doesn't have as much fiber as brown, but tough. Eat a sprig of asparagus with it. In truth, brown rice contains less than 2 grams of fiber per half-cup serving. A medium-sized apple contains more than twice that.

Brown rice is absorbed much more slowly and as such, doesn't cause as much of an insulin release. A just-released study out of the Brigham and Women's Hospital in Boston documented 10,507 cases of type 2 diabetes and concluded that people who ate a lot of white rice (5 servings a week) had a 17% higher risk of getting the disease than those who only ate it once a week.

The thing is, hardly anybody eats white rice by itself, unless they're on the Bataan Death March and it's all they've been given by their captors. Instead, they eat it with meat and vegetables, which slows the rate the rice is digested and thus leads to a smaller and more sustained release of insulin.

There are all kinds of ways to make white rice more "resistant" (slower to digest). According to the work of Sudhair Hames and Dr. Pushparajah Thavarajah in India, preparing white rice the following way can reduce the number of calories in rice by up to 60% by bridging the polysaccharides amylose and amylopectin and making them indigestible:

If you're concerned about arsenic, then white rice is clearly the better choice. Consumer Reports said that brown rice has roughly 80% more inorganic arsenic than white rice of the same variety (the arsenic is contained in the bran).

Likewise, white rice isn't associated with any food allergies, bloating, or any other digestive problems often associated with grains in general (and which often plagues lifters and athletes who tend to eat a lot). 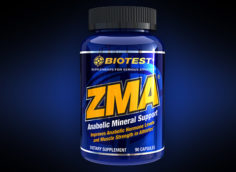