Vitamin D deficiency is common. Fewer people are getting outdoors, and those who are vitamin D deficient will get even less during winter months. As you know by now, this has numerous health implications. But new research by Jung et al. found that vitamin D status can influence performance as well.

The researchers used 35 collegiate Taekwondo athletes with a low serum vitamin D concentration and randomly assigned them to two groups:

How to Use This Research

First, get a blood test to see if you're vitamin D deficient. Some health professionals even encourage people take it year round... without any testing beforehand.

But if it's winter or you live in an area that stays overcast and rainy most of the year, or you spend most of your time indoors, there's a higher likelihood you're deficient. Then find a dose that will raise your blood concentration levels. In the current study, 5,000 IU did the trick.

We already knew getting sufficient vitamin-D could make you healthier and less susceptible to illness. And now there's evidence it can make you stronger and more powerful too.

This substance, with its broad list of abilities, is the Superman of supplements.
Curcumin, Nutrition & Supplements, Tips, Workout Nutrition
TC Luoma January 20 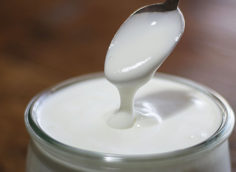