Time-restricted feeding (TRF) plans are a type of intermittent fasting. Basically, you give yourself a "window" of time in which to eat. Most of these plans, no matter how scientific they try to sound, can be summed up as "skipping breakfast." So, if you have a snack before bed, sleep 8 hours, then fast until lunchtime, you've fasted for about 12 hours.

Some plans have you fasting for 16 hours, which gives you an 8-hour eating window. This may reduce inflammation, "detoxify" the body, and of course lead to some fat loss, provided you don't go buckwild and eat nothing but syrup-soaked donuts during your eating window.

As long as you don't have disordered eating tendencies – which turn intermittent fasting plans into very slippery slopes – it can work, at least when done strategically for a short amount of time.

Now some researchers out of the University of Surrey are looking into a kinder, gentler version of time-restricted feeding.

During the 10-week study, participants were given some simple meal-timing guidelines:

Those following the 90/90 plan lost twice as much fat as the control group which just ate normally.

This was just a pilot study, but here are some takeaways:

Think about it: Delaying breakfast 1.5 hours may cause your first meal of the day to fall right into the timeslot where you have to be at work, school, or the gym. And moving dinner up 1.5 hours may not work with career schedules or family mealtimes:

"Mommy, why doesn't Daddy sit down and eat with us?"

"Because he's on a diet. Also, you're adopted." 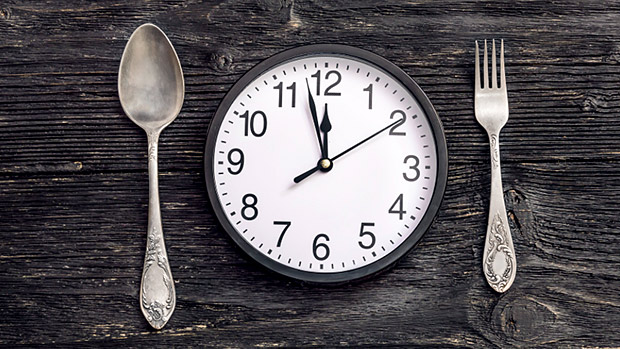 If the 90/90 plan fits your schedule, it may be worth trying, especially if you avoid "free eating" like the regular folks in the study. Instead, keep it clean and pack in the protein, like you're probably already doing.

Two things to keep in mind if you decide to try the 90/90 plan. Fasted weight training is pretty much counterproductive, so if you train in the morning then break your fast with targeted workout supplements to fuel hypertrophy and recover from training.

Many people just find it easier and more convenient to move this 3-hour fasting time to the end of the day. Multiple studies have shown that not eating 3 hours before bed leads to as much fat loss, or more fat loss, than a 90/90 split plan.

If you're used to late-night snacking, this may be a test of willpower at first until your appetite signaling mechanisms and behavioral habits adjust, but it's easier for most people to fit into their normal schedules. 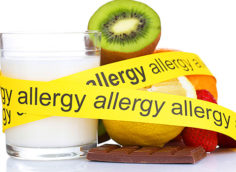 Controlling hunger is the single most important aspect of creating a diet that works for you. Here's the science-backed way to do it.
Diet Strategy, Dietary Myth Busting, Feeding the Ideal Body, Nutrition & Supplements
Dr Jade Teta December 12
If you drop about a roll and a half of Mentos mints into a 2-liter bottle of Diet Coke, you'd better run like hell because the Mentos causes the Coke to erupt into a beautiful, 15-foot high, sugary-sweet Coca Cola geyser.
Feeding the Ideal Body, Nutrition & Supplements
TC Luoma June 27