Unfortunately, none of them seem to realize that Soylent is essentially just SlimFast for geeks, nerds, and hipsters, but of course a diet food for fatties just isn't as cool as a meal replacement for over-achievers who don't have time for all that dreary cutting and spooning and chewing.

Whatever you call it, it's a piss-poor substitute for food and any techie who's subsisting on Soylent powders, drinks, or bars for any length of time is introducing nutritional malware into their system.

How This Particular Shit Hit the National Fan

In January, 2013, Rob Rhinehart was a simple software engineer working in San Francisco's tech scene, struggling to make his monthly nut. One thing stuck out as he looked at his expenses – the bulk of his paycheck was going to groceries. Goddam food.

This bothered him because, like lots of bloodshot-eyed programmers and obsessive types in general, he thought food was a thief of time.

"I resented the time, money, and effort the purchase, preparation, consumption, and clean-up of food was consuming... I hypothesized that the body doesn't need food itself, merely the chemicals and elements it contains. So I resolved to embark on an experiment. What if I consumed only the raw ingredients the body uses for energy?"

So Rhineheart flipped through a biochemistry textbook and scanned some U.S. government websites to learn what he thought he needed to know about human nutrition. Based on his brief studies, he purchased 35 chemical ingredients that he deemed necessary for survival.

He glopped all the stuff together in water and lived off it for 30 days, after which he reported a host of health benefits, in addition to a much-reduced grocery bill. Jazzed by his concoction, he raised a ton of money through a crowd-funding campaign.

By April of 2014, Soylent – named after the all-nutritive wafer made from dried-up dead people in the science fiction movie, Soylent Green – was in full-scale production.

The original product was a powder but it's since branched out to pre-made drinks, bars, and wafers. The product is the darling of the tech industry, having freed workers of what they think of as their whole-food and mealtime prison.

It's since been adopted by the aforementioned Hollywood types, Wall Street masters of the universe, and assorted trend setters and trend followers who yearn to be on the cutting edge of the latest nutrition trend, yet tragically know little about nutrition.

And now it's infiltrated the domains of the common man. Wal-Mart now carries Soylent products, as does 7-Eleven. Well-meaning mothers will soon dole it out to innocent children and mentally pat themselves on the back for being a good parent. 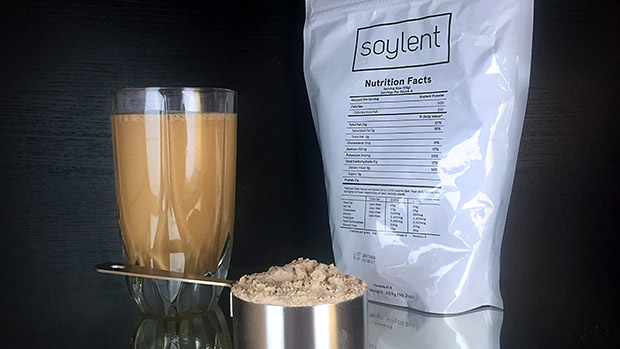 Companies that made supplements for bodybuilders used to be guilty of the same hubris as Rhineheart, but that was 30 years ago. High-protein meal replacements were incredibly popular, but we soon learned that it took a lot more to make an all-encompassing pre-packaged meal than some protein, a single source of carbohydrate (maltodextrin), and a few vitamins and minerals.

Soylent has admittedly improved on the products of the 1990's by adding fiber and healthy fats, but most of the first few ingredients on the label read like any meal replacement from that era, or really any candy bar or "weight loss" shake you can find in the grocery store:

Each powdered packet contains 20 grams of fat, 20 grams of protein, and 39 grams of carbs (of which 15 grams are sugars) for a total of 400 calories. One Soylent bar contains roughly one-fourth of the number of macronutrients of the powder, but they're intended to be eaten individually as snacks or, alternately, in bulk (4 of them) to make a "complete" meal.

That's not an entirely horrible macronutrient comp... for computer programmers and stockbrokers, but it sucks for most athletes. Never mind that its protein source is soy, which is problematic all on its own, but what's missing from the formulation is more important than what it contains.

Soylent's formula doesn't have any phytonutrients or antioxidants from plants in it, which, as more and more evidence suggests, form the backbone of real health. It also doesn't contain anywhere near the amount of essential fatty acids you'd want to see.

Furthermore, we only have a basic idea as to how many vitamins and minerals we truly need as a species, let alone as individuals, so making a one-size-fits-alls prescription is just nuts.

To be fair, Soylent does contain isomaltulose, which is a pretty cool, "slow-burning" carb, but that's about all that's high-tech about it.

So no, this stuff isn't the gateway to a "post food existence," as its users pretend and portend. Granted, living off them is probably not as bad as living entirely off fast food, but if you really want to take a stab at drinking all your meals, do SlimFast and slap a Soylent label on it. It's cheaper. 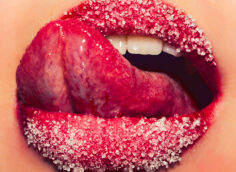 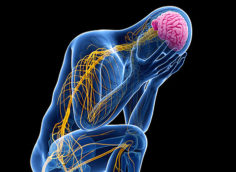