For about 6 years I ate a strict low-carb diet... and I built very little muscle. Like most former fat boys, I was carb-phobic.

I should've known better because the science is clear. Carbs don't make you fat; EXCESS carbs do. There's a difference. The thing is, we're used to seeing average people eat excess carbs on an everyday basis. And since it's the norm for average people to be overweight, it's easy for us to vilify everything in their diets.

But keep in mind, most people get fat from carbs because they overeat the least satiating kinds and can't control themselves once they start. But if you eat the right amount of carbs, they won't make you fat.

From Keto To Carbs: A Story

One of my new trainers (I have 20 trainers working for me) was a hardcore keto advocate, a card-carrying member of the Keto Klan! He complained that his fat loss had stopped and that he never felt his muscles full – even if he increased his calories. He also hadn't gained any muscle in the past year or so.

I explained carb science to him and was able to convince him to add workout carbs to his diet, but no carbs during the rest of the day (to lessen the psychological shock). When I saw him a week later he looked like a completely different animal – fuller, harder, leaner looking, and he was in a much more better mindset.

A week after that he decided on his own to add some carbs in the evening. Then his girlfriend even started to ask him if he was on steroids!

The Mental Aspect and the Muscle Math

Eating carbs for many of us is a mental barrier, especially those of us who had a hard time getting lean and then finally got very lean by cutting carbs. But it doesn't have to be that way.

As long as your muscle glycogen stores are not close to full, the carbs you eat won't get stored as body fat, but as muscle glycogen. It's only when those stores are full that you'll begin converting carbs into fatty acids.

Again, most people eat too many carbohydrates, and most people are sedentary. An average male can store around 300-400 grams of carbs in the muscles.

If you're sedentary, you'll use around 100-150 grams of those carbs for energy on a daily basis. So if that person eats 500 grams of carbs per day it doesn't take long for his muscle stores to be full. Heck, even at only 300 grams of carbs a day, they'll be full in less than one week.

So how could simply adding 45-60 grams of carbs around your workout make you any fatter? In your state, it can't. Heck, if you've been on a low-carb diet, it probably won't even kick you out of ketosis. But it WILL make your workout more productive.

You'll have more energy, which will help you put in more effort, you'll have a better pump, and you'll be able to recover faster. You'll also decrease cortisol production, which will allow you to build more muscle.

If you're a person who avoids carbs, you're saying something like this: "Yeah, but what I really care about is getting leaner."

Well, adding carbs can even help you get leaner. How? First, by allowing you to train harder you can stimulate better fat loss, and by reducing cortisol levels you also can increase metabolic rate.

Metabolic rate is impacted by the levels of the T3 thyroid hormone. The body doesn't make it directly; it makes by converting T4 into T3. That conversion can be inhibited by chronic cortisol elevation. If you overproduce cortisol, you can (in the long run), decrease metabolic rate. But carbs around your workout decrease the amount of cortisol produced during your session.

The bottom line is, adding carbs around your workouts won't make you fat. If you're tracking your macros, then you might want to decrease fat intake slightly to compensate for the 45-60 grams of carbs you'd be getting. Just decrease fat by about 15-20 grams, but that might not even be necessary.

With the introduction of an appropriate amount of carbs from the right source, like Plazma™, your muscles will get harder, you'll recover faster, you'll get better workouts, and you'll feel like a million bucks.

Are your bulking phases, or just the act of eating like a bodybuilder, shortening your athletic career or your life? It's possible, but Dr. L's got a plan and it involves "calorie restriction mimetics." Read, learn, live long and prosper.
Feeding the Ideal Body, Nutrition & Supplements
Lonnie Lowery, PhD January 30 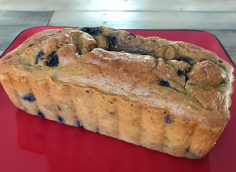 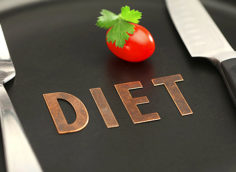 Maybe not, but you have to be very aware of your SHMEC. Here's what that means.
Feeding the Ideal Body, Nutrition & Supplements
Dr Jade Teta August 5