Stevia is certainly having a moment. This herb is two hundred times sweeter than sugar, has little or no calories, and doesn't affect blood sugar levels (unless it's mixed with some other filler). But while stevia may be a good option for some people, for others it may be doing them more harm than good.

Stevia is part of the plant family Asterceae: the daisy family. Just like your own family, even though each member is somewhat different you share characteristics with them even if you don't want to (like your weird uncle).

The same goes for plants. Stevia's siblings include marigolds, dandelion, burdock, artichokes and endive. The real black sheep of this family? Ragweed. Yep, stevia is related to that nasty stuff that makes allergy sufferers miserable from July to September when it spits the majority of its pollen into the air. 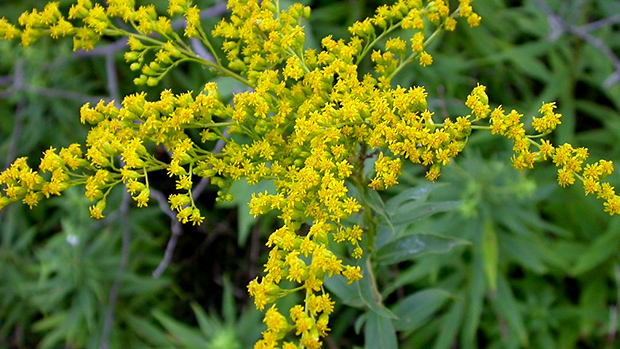 Ragweed allergy is one of the most common allergies in the US, affecting 10-20% of the population. Symptoms include:

In severe cases, ragweed can cause:

Okay, I'm Allergic to Ragweed. What About Stevia?

The password is "cross reaction." For example, if you're allergic to ragweed, this can show up when you consume bananas, cantaloupe, watermelon, zucchini, and chamomile tea. This is due to the cross reaction between the pollen and the proteins in the food. You'll get an itching or tingling sensation (oral allergy syndrome).

Ragweed is a member of the Asterceae family, like stevia. In this case, you may not be allergic to stevia but you are allergic to ragweed. So, when you eat stevia, your body thinks, "This is ragweed. I hate this shit!" and you start feeling symptoms. These symptoms can range from sneezing to the more serious ones like breathing difficulty.

What Can I Do?

First, eliminate all the foods (including stevia) in the Asterceae family for 2-4 weeks and see if you notice a difference. If you want to test to see which food you're most sensitive to, add them back in one by one for three days (some symptoms don't show up right away) and see if you have a reaction. Repeat this for as many foods as you want. Give yourself a three day break between foods to help distinguish one food from another.

There are several alternatives to stevia of course. Here are a few you may not know about yet:

If you're constantly dealing with allergies, keep in mind that it could be due to cross reactions like ragweed and stevia. Disowning the Asterceae family in my life improved my symptoms dramatically in less than a week, and could do the same for you if you're sensitive.

What do competitive physique athletes and sedentary housewives have in common? They’re both yo-yo dieters and suffer the same health issues because of it. Here’s how to avoid the problems.
Bodybuilding, Diet Strategy, Feeding the Ideal Body, Nutrition & Supplements
Lonnie Lowery, PhD July 27 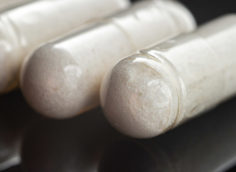