The World Health Organization considers bacon to be a Group 1 carcinogen. Other Group 1 carcinogens include plutonium, uranium, asbestos, and cigarettes. This is probably why you see so few bacon-wrapped tobacco products on the market.

The American Heart Association doesn't much like bacon, either. They'd prefer that every time you want a piece of bacon for breakfast, you just eat a soy sausage instead. This may make you want to kill yourself, but the AHA figures that that's the American Psychiatric Association's problem and not theirs, so go pound sand.

Despite all that, the average man adores bacon more than life or wife itself. That puts bacon in a strange position in that no other food is so loved and so loathed by varying segments of the population. It's kind of like a tasty Justin Bieber.

I'm here to tell you, though, that bacon has been hugely mischaracterized. Bacon can easily be made less carcinogenic, or even non-carcinogenic, just by using a few nutrition and preparation hacks. As far as its alleged heart-damaging problems, they're way overblown.

If you're wondering why I'm going to such great lengths to protect bacon's rep, it's not because a package of bacon I was carrying in my jacket stopped a sniper's bullet from penetrating my liver. Nah, I'm a fan of bacon simply because it's delicious, surprisingly nutritious, and deserves to have a place in your health-conscious diet.

Here's what happens: Bacon makers use salts and nitrates (they draw out the moisture) to preserve bacon and to help keep its red color. These nitrates, when exposed to acidic conditions (like in your stomach) form nitrosamines, which are indeed carcinogenic.

Now, this process definitely happens in vitro, but when scientists duplicated their experiments in vivo, the nitrates turned instead to nitric oxide (NO), which plays a big role in achieving and maintaining erections, not to mention reducing blood pressure.

Don't get too excited yet, though. The results of that experiment aren't widely accepted yet, and besides, nitrosamines can also be formed through high-heat grilling or frying.

And, if the heat is high enough to cause some burning or charring (as in crispy bacon), it can also lead to the formation of heterocyclic aromatic amines (HAAs) and polycyclic aromatic hydrocarbons (PAHs), both of which are carcinogens too.

So is the WHO right about bacon being a potent carcinogen? Yeah, sort of, but there are a few things you can do to make bacon practically as non-carcinogenic as a kiss from your momma.

First, you can microwave the bacon. This results in a lot fewer HAAs and PAHs (in bacon, and in fact, all meat products). It doesn't require as much heat in general and doesn't char or blacken the bacon unless you put the microwave on "Blistering Inferno" setting and leave the house to go get a mani-pedi.

If you think microwaved bacon is the meaty equivalent of 3.2 beer, then you can compromise: Microwave the bacon until it's almost cooked and then finish it on the grill or in the pan, being careful not to char it. That'll at least reduce the occurrence of HAAs and PAHs. (Baking is another alternative.)

Secondly, you can drink a glass of orange juice with your bacon. That will block or partially block the formation of nitrosamines. Anything with Vitamin C will work, though, like green tea, garlic, or various fruits and vegetables. 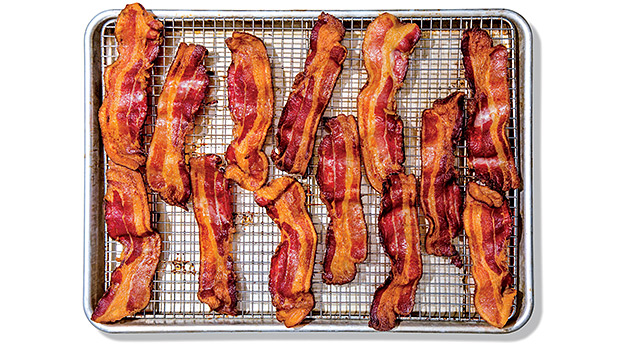 About 50% of the fat in bacon is monounsaturated, a large part of which comes from oleic acid. That's the same fatty acid in olive oil that ordinarily makes the AHA so happy. Now it is true, though, that bacon is also about 40% saturated fat, along with having a fair amount of cholesterol.

While dietary cholesterol isn't so much an issue anymore, scientists are still conflicted over the alleged negative effects of saturated fat on heart health. The thing is, nobody shy of Homer Simpson eats a flitch of bacon in one sitting. (Bonus for trivia fans: A flitch is a side of unsliced bacon. In old England, newly married couples were often given a flitch as a wedding present.)

Instead, most people just eat a rasher of bacon, which is about three slices, so the amount of total saturated fat ingested would be fairly minimal, especially if the bacon were allowed to lounge on paper towels for a bit prior to eating.

You Say It's Nutritious, Too?

Nutritionist Mat Lalonde gets hopped up about nutrient density, which, in the case of animal protein, is essentially meat that has a lot of vitamins or minerals per calorie. Surprisingly, bacon rates really high on his scale.

Of course, when possible, try to get bacon from pigs that were raised organically and fed grass, roots, tubers, and vegetables. Otherwise, you'll be settling for bacon that has fewer omega-3 fatty acids, but that's of more importance if you eat a lot of bacon and eat it frequently. 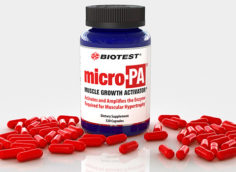