White rice has a lot of things going for it. Nutritionally savvy people prefer it to brown rice because brown rice contains phytic acid, which inhibits the absorption of important minerals and makes it more difficult to digest proteins and starches.

White rice is also free from a lot of nutritional entanglements you get with other carbs. It doesn't cause gastrointestinal stress or food allergies and lifters love it as part of a post-workout meal because it facilitates recovery.

It's also inexpensive, and its tiny grains make it the most physically adapted to mixing with hunks of chicken, beef, pork, or fish. The trouble is, most people have no restraint when it comes to rice. They shovel out a portion size as big as a rice-picker's head and when their definition starts to blur, they don't take the blame; they lay it on the grain.

There is a simple way, though, to cut the calories in a portion of rice by up to 50% so that you can fill up on this valuable carb without putting on pounds.

Sudhair James, an undergraduate at the College of Chemical Sciences in Sri Lanka, and his mentor, Dr. Pushparajah Thavarajah, were worried about rising obesity rates in Asia. That part of the world eats about 90% of all rice, and while it's a great food for athletes, all those carb calories aren't so good for regular, sedentary people, especially when it's their staple food.

It's remarkably simple. By boiling the rice in water mixed with coconut oil, you change the architecture of the rice, turning it into a "resistant starch," where two polysaccharides, amylose and amylopectin, connect to form indigestible bridges.

Chilling the rice for 12 hours leads to further conversion of starches. The result is a food with far fewer calories. 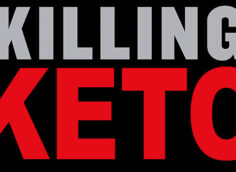 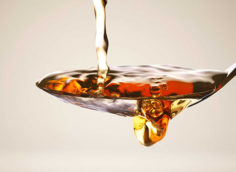 People have been using this stuff for thousands of years, and now science has its back. Here are three ways to use it.
Carb Control, Motivation, Nutrition & Supplements, Tips
TC Luoma October 28

Understanding and manipulating this powerful hormone can be the difference between a lean and muscular body and being known as a strong fat guy. Here’s how to do it.
Diet Strategy, Feeding the Ideal Body, Nutrition & Supplements
John Meadows & Bill Willis, PhD January 16