A simple cup of coffee can actually help you lose fat. It's loaded with compounds that have been shown to increase metabolic rate, make you more efficient at burning fat substrates, improve exercise performance, increase satiety (the feeling of being full), and dull cravings.

Even with good diets and training programs, our bodies fight to keep us at our old body-fat levels. This is often referred to as your "body fat set point." Coffee can help fight this set point by increasing the metabolism, helping you to burn more calories even when you're not training. In one study, the metabolic rate of those consuming caffeinated coffee was raised 3 to 11% for three hours post consumption.

Chlorogenic acids (CGAs) found in coffee inhibit intestinal glucose uptake. In studies feeding rats CGA, the plasma glucose dependent insulinotropic peptide (GIP) response was blunted and had a lower peak blood glucose concentration 180 minutes after a meal. GIP is glucagonotropic, meaning it encourages the production of glucagon – a hormone that promotes the breakdown of glycogen and conversion to glucose. This is beneficial for people trying to get ripped because glucagon initiates a neural signaling to your brain that contributes to satiety.

During the later stages of most fat-loss diets, the hypocaloric effect tends to cause fatigue and a feeling of slight weakness when training. Caffeine ingestion leads to increased rates of lipolysis which is glycogen sparring, allowing you to improve your time before exhaustion.

Even if you're not yet a well-trained athlete, increased catecholamine release from caffeine will allow you to train at a higher level than you would otherwise.

What Kind of Coffee is Best?

Robusta has been shown to have a bit more caffeine and chlorogenic acid than Arabica, but both have enough to provide beneficial effects. The roasting process of coffee decomposes chlorogenic acid. The longer you roast the more you lose, but if you stick to a medium roast you'll be able to keep about 50% of coffee's chlorogenic acid component with the remaining portion forming quinic acid and caffeic acid, which can also help with fat loss.

Different people have different levels of sensitivity to caffeine. The longer you drink it and the more you drink, the less sensitive you become. For fat loss and hunger suppression, cycle caffeine to make its effects more pronounced during your fat loss phase.

Besides just having a cup of coffee before training, you can also add it to your Metabolic Drive® shakes to scare off cravings. 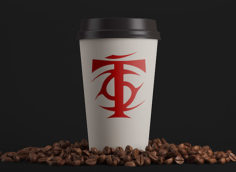 Your diet is tight and your training is on point. So why hasn't the scale budged? Here are two common, but easily overlooked problems.
Diet Strategy, Losing Fat, Nutrition & Supplements, Tips
Akash Vaghela April 13

Here's how to know whether or not you could benefit from a cheat meal or refeed during your fat-loss diet.
Diet Strategy, Losing Fat, Nutrition & Supplements, Tips
Paul Carter May 22
Who is he? Why, he's Neandrethal man. The biggest, baddest, bipedal evolutionary ancestor on the block.
Feeding the Ideal Body, Nutrition & Supplements
John Berardi, PhD & John K Williams, PhD August 8