Stupid people don't know they're stupid. Psychologists call it the Dunning-Kruger effect. They explain it as "a cognitive bias whereby people who are incompetent at something are unable to recognize their own incompetence."

But there's a particularly stunning case of the Dunning-Kruger effect evident in people who are opposed to genetically modified organisms (GMO) – at least that's what a team of researchers from three different American universities found (1).

The team surveyed more than 2,000 American and European adults. Those that hated GM foods thought they knew the most about the science behind them. It turns out they knew the least.

What Do GMO Haters Know, Or Think They Know?

People who froth at the mouth against genetically modified foods believe that they can be poisonous, cause Idaho-potato-sized tumors to grow out of their spleens, or somehow cause genetic mutations in humans – and not the good X-Men kind where you can fly or materialize into a nice ocean side cabana in Cabo San Lucas.

They point to a study in 2012 where GM corn caused rats to grow tumors at a freaky-fast rate. Never mind that the variety of rats used in the experiment develop tumors easily; 80% of the poor furry bastards grow tumors just by hanging around the ol' water bottle – just by existing.

Then, as further evidence of the devilry of GM foods, they may whisper the name of the company who must not be named, Monsanto. They say Monsanto is evil. They believe it's poisoning the world, all for corporate profit. Ask them how they know and they'll shout "Roundup!" and tell you about farmer suicides, tumors, and toxicity.

No need to listen to me. Listen to Scientific American:

"Monsanto and the other big ag-biotech companies have developed reliable, biologically insect-resistant and herbicide-tolerant commodity crops that benefit people, farmers and the environment, and are nutritionally identical to their non-GM counterparts (2)."

Monsanto makes GM insect-resistant crops that contain a gene that codes for a bacterial protein that kills insects but doesn't affect humans or animals. That means less insecticide is needed and that's helpful because insecticides aren't as discriminating in who or what they poison.

And yes, Monsanto develops crops that can withstand an insecticide known as glyphosphate, aka Roundup, which anti-GM people worry about as being a carcinogen. To be fair, the World Health Organization says it probably is one, and that's certainly of some concern, but a lot of chemicals used by non-GM farms use carcinogenic chemicals.

In its favor, glyphosphate is one of the mildest of all pesticides. Its toxicity is 25 times less than that of the caffeine in your coffee. Beyond all that, the use of this insecticide facilitates no-till farming and decreases topsoil loss. It also reduces CO2 emissions and improves soil quality.

And if that doesn't convince you, let me throw the economic argument at you: If all the rumors about tumors and toxicity were true, the company would have gone out of business, the victim of countless non-frivolous lawsuits. Additionally, dead customers are the worst of all because they rarely make for repeat business.

I'll acknowledge that Monsanto might be evil in other ways, like exploitation of workers or resources, but not so much in trying to produce stronger crops. 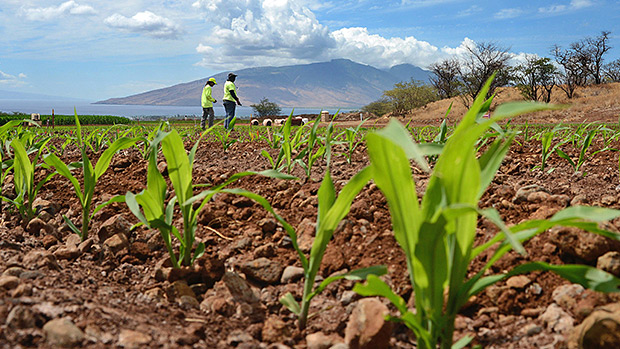 What Does Science, Real Science, Say About GM Food?

The American Association for the Advancement of Science, the American Medical Association, and the National Academy of Science are all firmly in GMO's corner. The US Food and Drug Administration, a bunch of scientific sticklers if there ever was one, has examined the research and found GM foods to be safe.

Likewise, the European Commission has funded 130 research studies on GM foods, carried out by more than 500 independent teams, and none found any unique risks.

Maybe tangible, real world facts rather than safety statistics carry more weight with non-believers: GM crops have lowered the price of food, increased safety by lowering the amount of pesticides used, and increased output of several crops by 20 to 30%, perhaps allowing some people to survive who otherwise might have perished.

That GM-Zucchini Ate My Aunt's Face

"Frankenstein monsters. Things crawling out of the lab. This is the most depressing thing I've every dealt with. Today, we're facing the same objections we faced 40 years ago.

"In spite of hundreds of millions of genetic experiments involving every type of organism on earth, and people eating billions of meals without a problem, we're back to being ignorant (3)."

Will people ever accept the safety (and wisdom) of GM foods? Can we nullify the Dunning-Kruger effect as it pertains to GMO? Nicholas Light, co-author of the study that found the inverse knowledge gap among GM haters said, "Our findings suggest that changing peoples' minds first requires them to appreciate what they don't know."

Here's hoping that this article will play a small part in that.