We know through written historical accounts that ancient people and not-so-ancient peoples often used plants and herbs to treat sickness. Through years of trial and error, they were able to figure out which plants had healing powers.

What they’d probably stumbled on were plants that had high concentrations of certain natural phenolic compounds, which are more commonly referred to as polyphenols.

Institutionalized medicine didn’t pay much attention to them, though, because the things these healers used just didn’t work well enough to inspire interest or confidence. No amount of vile-tasting herbal teas was going to fix diabetes, lower body fat, or prevent heart disease.

But science has since been able to identify, extract, and concentrate these plant chemicals and use them in a way that would do all those ancient folk-medicine practitioners proud.

Common examples of these polyphenols include resveratrol, green tea extract, quercetin, caffeic acid, anthocyanins like cyanidin 3-glucoside, and the current darling of the polyphenol world, curcumin.

But a new player is ready to make its entrance and it might eventually rival curcumin in its accomplishments. It’s called fisetin, and its list of reported and purported benefits is pretty long.

What Dose Fisetin Do?

Like many polyphenols, fisetin seems to be a utility player, playing nutritional shortstop just as well as it plays nutritional right field. One problem, though – even though over 800 studies have been conducted on fisetin, only one of them involved humans. Most of what we know is based on experiments with mice and rats.

Still, if some of the following benefits extend to humans, as they often do with polyphenols in general, then we might really have something:

How Does Fisetin Work?

Like most polyphenols, fisetin is a powerful antioxidant, which explains or partly explains many of its effects.

Secondly, it blocks an inflammatory switch known as NF-kB. Block this protein complex and you help thwart the evil plans of cancers, allergies, and autoimmune diseases.

Fisetin also influences mTOR, a kinase that acts as kind of a cellular switch. Having higher levels of mTOR after a workout is a good thing as it helps you grow muscle, but having perpetually high mTOR levels is associated with a variety of diseases. Fisetin could be used to modulate mTOR levels to your advantage.

Fisetin, like most polyphenols, seems to only have better angels perched on its shoulders in that it doesn’t seem to have any negative side effects, even at high doses (at least in animal studies).

Still, pregnant women and children should heed the usual warnings since we don’t yet know enough about the substance. The good news is that the Mayo Clinic is currently investigating fisetin in three separate studies involving diabetes, kidney disease, and frailty, so we should have more info on its safety and efficacy soon. 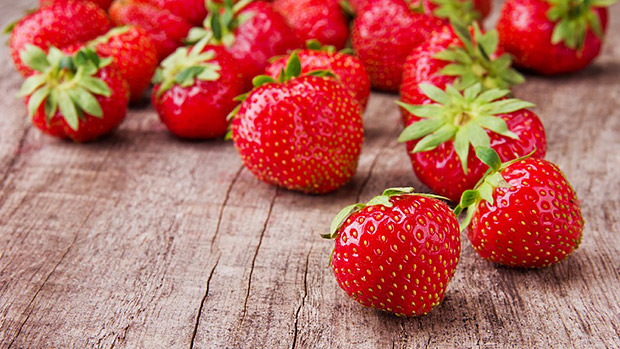 Of all foods analyzed for fisetin levels, strawberries contained the most, but you’d have to eat about 37 of them a day to shoot for the enhanced kidney function seen in one mouse study.

Taking fisetin as a supplement is more realistic and there are currently some offerings on the market, but even so, we’re not exactly sure of the optimal dosages need for human health.

The Mayo Clinic studies I mentioned earlier are using doses of between 1,000 and 2,000 mg. daily, which is a hell of a lot. However, in the one human trial that’s currently in the literature, just 100 mg. a day proved effective in reducing inflammation in cancer patients.

To further complicate things, fisetin, like many polyphenols, is poorly absorbed, but taking it with fish oil or olive oil might help get it into your system.

Of course, early on, we didn’t know to combine curcumin with piperine, or cyanidin 3-glucoside with a self-emulsifying delivery system, to enhance their bioavailability. Science will no doubt soon unlock the key to fisetin’s absorption problems, too.