I saw professional bodybuilder Lee Priest sitting in a refrigerated bin at the grocery store today. It's the off-season, so he was his famously plump, off-season self. Oddly, his short, pink body was totally naked, but I figured it might be something Australians do to literally chill out.

That's when I noticed that, oh-my-God, Lee Priest didn't have a head! Still, it wasn't until I took this headless Lee Priest home, barbecued him, and bit into his enormous, succulent thigh that I realized that Lee Priest was really just a grocery store chicken. 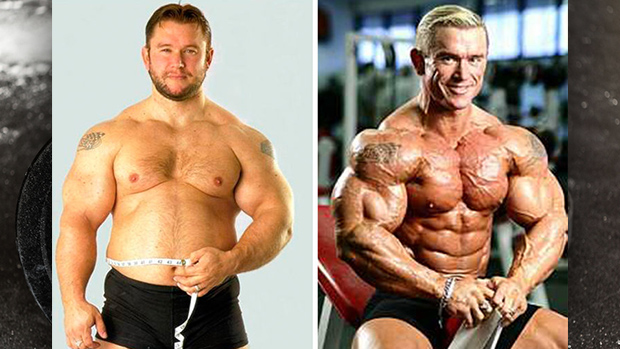 I remember chickens being a lot smaller. What the hell has happened to chickens to make them look like they could compete, albeit headless, in the short man class at a professional bodybuilding show? And what has all that perverse animal husbandry done to their nutritional content, if anything?

The Chicken of Tomorrow

Back in the 1920's, chickens were too scrawny to eat and were used primarily for egg production, but some time in the 1940's scientists discovered that antibiotic-laced feed caused chickens to grow 2.5 times faster and a lot bigger.

Then there was that damn "Chicken of Tomorrow" contest in 1948, the one sponsored by the U.S. Department of Agriculture and designed to find America's biggest chicken. They found it, alright, and that chicken and all its cross-bred, antibiotic fueled progeny resulted in the giant creatures we see today.

Case in point, today's average chicken is four times bigger than a chicken from the 1950's. Chicken breasts are 80% larger. They don't even bother making chicken underwear in S, M, or L anymore. It's double XL or triple XL or nothing.

While these advances have made chicken universally available and cheap, they've come at a nutritional cost.

Compared to a 1940's chicken, today's behemoths have twice the fat, about one-third more calories, and even one-third less protein. In fact, the modern chicken provides more energy from fat than it does from protein.

And the fat the modern industrial chicken does have has been horribly mucked up because they're fed grains instead of grass. Chickens are one of the few land-based sources of the essential fatty acid DHA, but today's typical mass-produced, soy-eating chicken has less than 25 mg. of the stuff, compared with about 170 mg. in a 1980's chicken. That gives chicken a 1 to 15 omega-3 to omega-6 ratio, when ideally you'd like to see a ratio of 1 to 5 or lower.

But the worst part of the Frankenchicken is what it carries with it.

Today's industrial chicken takes an ice bath in chlorinated water after it's killed, but it doesn't kill all the bacteria. Hardly. In 2013, Consumer Reports tested 316 packages of chicken breasts from stores across the country and found that 97% of them carried Salmonella, Campylobacter, and Enterococcus, among others.

To make it worse, there's evidence you can transmit these bad-boy bacteria to other people by both intimate and casual contact.

Giant Lee-Priest chickens are likely here to stay, but there are things you can do to turn back the chicken clock and eat birds that are more like those of a safer, more nutritious, bygone age: 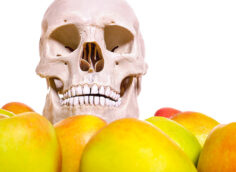 Some diet experts and influencers avoid vegetables and fruits because of the natural toxins they contain. Should you? Get the facts here.
Dietary Myth Busting, Nutrition & Supplements
TC Luoma September 1

No, you don't have to gain a ton of fat to build muscle, but you do need to be realistic. Here's a little reality check.
Bodybuilding, Feeding the Ideal Body, Nutrition & Supplements, Tips
Tom MacCormick December 21