Someday relatively soon we'll be consuming protein powder made from insects. I know you're making a scrunched-up little disgusted-Yoda face right now, but everything points to this eventuality.

Protein Powders: Behind the Scenes

Current proteins derived from dairy are hugely expensive and the price is ever escalating. Caseins and wheys cost protein companies upwards of 6 dollars a pound, which is about 500 to 600 percent more than what they cost in the 90's. And that's just the basic stuff. Very high-quality proteins can cost as much as 20 dollars a pound.

Then, on top of that, companies have to make a profit, and they determine a price point that rewards the store that sells it, the middlemen that got it into the store, and of course, themselves.

Oftentimes, to cut costs, disreputable companies "spike" their protein with keratin from hair, feathers, fur, and who knows what else. (Now you can make your scrunched-up Yoda face.) It all registers as protein, but by no means does it contain all the amino acids you need to grow muscle (or any other tissue). However, it lets these scoundrels shave a few dollars off their production costs.

Costs will likely continue to rise, though. That's why companies, reputable and disreputable alike, will eventually have to consider a less expensive alternative to casein and whey. 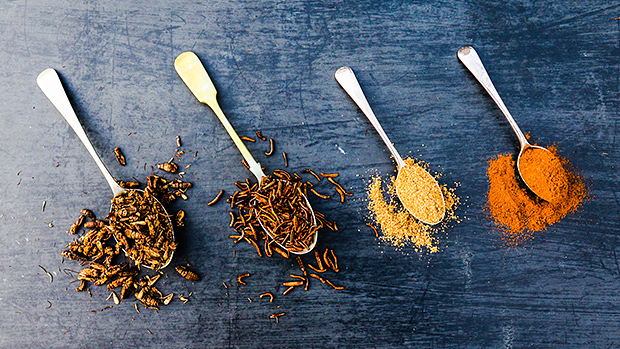 Insects are cold-blooded, so they're really efficient at converting feed into protein. Consider crickets. They need 12 times less feed than cattle, 4 times less than sheep, and only half as much as chickens and pigs. And they (with the exception of cockroaches, termites, and a few others) do it without producing greenhouse gases.

Think of how easy it would be to mass-produce insects for consumption or conversion into protein powders. You don't need to clear land, you don't need a lot of feed, and many can live off of organic waste. In other words, if you poop, you're halfway there to becoming an insect farmer who sells his mini-livestock to insect processing plants! Keep them dogies movin', cowboy, or should I say, bugboy?

Just think, you could have a crowd of cockroaches, a muster of meal worms, a litter of louse, a drove of dung beetles, or a pack of pillbugs. All of these are edible insects that are eaten somewhere around the world, as are ants, bees, dragonflies, grasshoppers, grubs, midge flies, walking sticks, water bugs, and waxworms. Some, like bees, allegedly taste like "mushroomy bacon," while some of the larger versions of cockroach are said to taste like greasy chicken.

It doesn't matter, though, a theoretical insect protein powder would look and taste totally benign, probably flavored the same way current protein powders are. Protein companies would even wage advertising wars, claiming that their grub protein powder has a better PER (protein efficiency ratio) than waxworm protein powder.

Sure it sounds repugnant, but all food like and dislikes are cultural; you eat what you grew up eating. Things like Jell-O (from boiled down animal parts), hot dogs (do I even need to detail their ingredients?) and even dairy products, things we take for granted in the Western World, are disgusting to various cultures.

But we'll get there. Consider that Safeco Field, home of the Seattle Mariners, now sells toasted grasshoppers inside the park, right next to the brats, dogs, burgers, and Cracker Jacks, and they sold out of them this past opening day.

Besides, some of those spiked protein powders from China? They're probably loaded with bug protein already. You just don't know it. 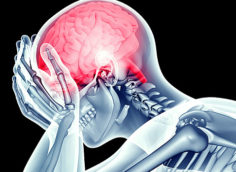