You can't throw the proverbial rock without hitting yet another obnoxious ad of some sort for alkaline water, with claims to cure all that ails ya', from genital warts to fear of flying.

It's said to restore pH balance by "reducing acidity levels in the blood" and "reducing water cluster size, which allows water to penetrate cells more easily," along with the fan-favorite, "eliminates mucus build-up on colon walls, thus improving the body's ability to absorb important nutrients."

The claims go on and on, each a bit more outrageous than the last.

As the name implies, alkaline water is water that's had its alkalinity increased above that of typical water. But beyond the goofy pseudo-science claims, is it just a scam like so many others? Surprisingly, the answer is no. Before you think the Brink-man has lost his mind, let me explain.

Is Your Blood Chemistry PHucked Up?

Most sellers and proponents of alkaline water claim their water increases the PH of the blood (make the blood "less acidic" is the usual claim), but as anyone who's taken Human Biology 101 knows, blood PH is very tightly regulated. Even a small change in blood PH up or down is bad mojo and likely to land you in the ER.

At that point, the skeptic will understandably ignore any further claims of benefit and assume it's a scam. That, however, may be a case of throwing the baby out with the bathwater. (Hopefully the following doesn't end up in some alkaline-water marketing page somewhere.)

The body maintains blood and tissue PH by using the buffering agents it obtains from the diet, as well as what's stored in various tissues such as bone and muscles.

Modern Western diets, however, are high in acidic foods such as animal proteins and cereal grains and often lack adequate buffering agents like fruits and vegetables, which tends to increase the acidic load on the body and create low level, diet-induced, metabolic acidosis. This in turn contributes to the decline in muscle and bone mass found in aging adults.

This can directly impact performance, and studies going back decades have found that the use of a buffering agent like sodium bicarbonate (baking soda) improves short, high intensity exercise that relies primarily on the ATP/PCR system, such as the number of reps athletes could perform during resistance training.

Too bad it and other buffering agents have been all but ignored by too many in the cross training (e.g. CrossFit) and physique athlete communities, but their use, although effective, doesn't replace fruits and vegetables - you know, a "balanced diet."

The take-home message is that old folks and athletes should get their protein from a variety of sources, as well as increase their consumption of fruits and vegetables while reducing their intake of cereal grain-based foods. 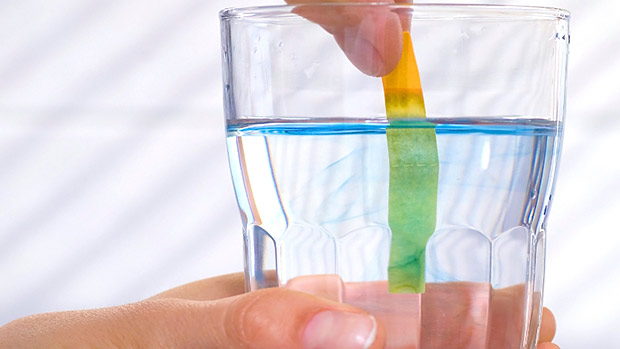 What Do the Studies Say?

While there haven't been many studies on alkaline water, one involving 100 people found that alkaline water led to a statistically significant difference in whole blood viscosity compared to regular water post-workout in an exercise-induced dehydration state.

Simply put, viscosity is considered a measurement of how efficiently blood flows through the vessels, and the study suggests that alkaline water may lead to more rapid hydration post workout. Another small, preliminary study with alkaline water found three to six months of use might benefit those with diabetes, elevated blood pressure, and high cholesterol. As they say, more research is needed.

While most people have heard of metabolic acidosis, one can experience metabolic alkalosis, so ingesting highly purified high-PH sources such as alkaline water, baking soda, etc., vs. getting them via balanced nutrition, can potentially be problematic.

In Western societies, chronic sub-clinical metabolic acidosis is by far the more common issue, but you could conceivably find yourself in metabolic alkalosis, which includes symptoms such as nausea, muscle twitching, confusion, and tingling in the extremities or face.

Again, those who eat a balanced diet and use some bicarb a few days a week or drink a few bottles of alkaline water are likely good to go, but there's always gonna be that idiot who drinks three gallons a day of alkaline water in addition to giving themselves a sodium bicarbonate enema.

So It Doesn't Completely Suck. Now What?

The reality is, alkaline water may indeed have potential benefits, but a focus on eating more foods that supply the needed buffering agents (fruits and vegetables), or using super-cheap bicarbonates, are healthier and less expensive methods of achieving it.

However, if people want to down a bottle of overpriced alkaline water once in a while, I won't make fun of them. Okay, maybe a little...