Here's what they had to say.

The biggest mistake is following "off the shelf" and one-size-fits-all nutrition protocols as opposed to finding what works for you.

Look, it's certainly true we share the vast amount of our metabolic tendencies with every other human. But our biochemistry is a lot like our physical appearance. If I see you walking towards me on the street you are unmistakably a human. But when I see you up close, I can see you're an individual with a unique face, personality, way of speaking, and behaving.

Likewise you have a unique metabolic expression, psychological sensitivities, and personal preferences that will impact how you respond to diet and exercise. In order to honor both the similarities and the differences, you should use a concept I call "structured flexibility." Choose any diet, nutrition protocol or eating philosophy you want to start, then measure your individual responses to that regime.

Does it keep hunger and cravings at bay? Is it stabilizing your energy so you can perform well during workouts and easily recover after them? Is it stripping off the fat or putting on the muscle according to your goals? If not, then you're going to need to adjust your approach. Instead of being a dieter, you should be behaving more like a metabolic detective finding the unique diet and exercise inputs that deliver the results.

Bruce Lee sums it up best: "Absorb what is useful, discard what is not, and add what is uniquely your own." – Jade Teta

I'd rather see them become vegan to save on their grocery bill for their entire day's nutrition, but make the exception for the Ferrari of workout nutrition – Plazma™. I'm willing to bet they would make more favorable gains under the iron and in regards to body composition with this approach. Mark Dugdale 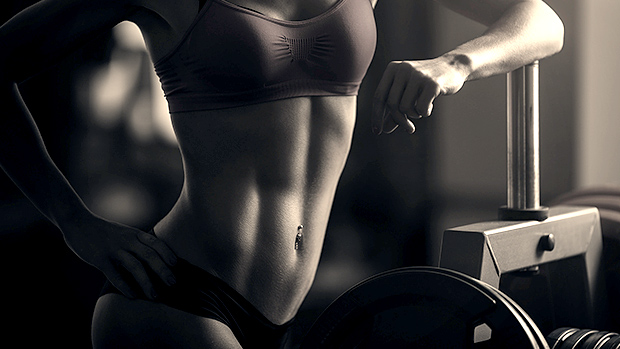 Lifters typically make the same two mistakes when it comes to nutrition, and both are related. But let's zoom out first and look at the big picture.

First, we have to look at what most fat-loss diets have in common. Diets make you stop (or greatly reduce) eating what we'll call "obvious crap" – the junk food, the treats, etc. You know, the stuff that everyone knows isn't doing them any good, and the stuff they only seem to stop stuffing down their gullets when they're "on a diet."

The result of ditching the junk? Overall food quality increases along with a natural reduction in calories. In this sense, all diets work whether they're paleo, vegan, low-carb, low-fat, etc. A meat n' veggies paleo eater gets rid of the junk and so does the smug raw-food vegan. A non-celiac who drops the donuts and Lucky Charms gets results too, whether gluten is really an issue or not.

Second, all diets make you pay attention. Whether you're controlling your macronutrients or meeting a certain calorie count, you have to snap out of it and be aware. You go from a mindless eater to a mindful one. You're forced to read a label or two, which always works wonders, regardless of the diet's methodology.

This is why the simple advice of "keep a food log" usually leads to better nutrition and fat loss, even if no guidelines are given to the dieter – he or she is now aware and thinking about nutrition.

The long-term solution? Well, not many people want to hear it, but here goes: Stop stuffing garbage into your body and pay attention. Forever. Whether you're "on a diet" or not.

Yes, you'll suffer from very real withdrawal symptoms at first and it will suck like a Dyson, but then those feelings will fade, healthy food will start to taste awesome, your mind and body will self-regulate naturally, and you'll never have to really diet again.

Oh, and if you do decide to have a birthday treat, that one "bad" meal won't avalanche into six months of dietary debauchery and FUPA-gains. Auto-regulation and the elimination of food addictions has put you back in control.

This isn't a sexy topic or one that most athletes, powerlifters, or bodybuilders pay attention to because the focus for so long has been about macronutrients. But it really doesn't matter how dialed in your macros are if your body can't use them efficiently.

Everything from a nutritional standpoint starts in the gut. The gut contains somewhere around 100 trillion organisms, a number so huge you can't wrap your mind around it. This is why an "if it fits your macros" approach has shortcomings. Just because you can fit refined foods into your diet doesn't mean it's as good as one that creates a healthy environment for said food to be processed optimally.

Starving bad bacteria, feeding good bacteria, and establishing healthy gut flora is imperative. A very easy way to ensure you're taking steps to create such an environment is to reduce refined, sugary, and overly processed foods, and include some fermented foods like sauerkraut, yogurt, and kefir. Foods like steamed spinach and ginger will also help reduce inflammation in the digestive tract.

When you add all those things up, you're now working with a healthy digestive system that will promote fantastic nutrient assimilation and a stronger immune system. – Paul Carter

Branding yourself as this type of dieter or that type of dieter, even after your progress has stalled. I'm guilty of doing this more times than I'd like to admit.

Why do we do this? Because labels are powerful. They make us feel like we fit in, and that feeling helps us commit, which is good... at first. But these labels can also make us barricade ourselves from different ideas and possibilities, which is bad. Staunch labels hinder critical thinking.

So, if you say "I'm paleo" or if your bio contains the acronym of your special diet, then what you're really saying is, "I define myself by what goes in my mouth, and I prefer to connect with people who eat how I eat." Again, it's all about fitting in and feeling like part of a club.

But why not be a person who's smart enough to try different things and assess the results? You don't need a label to do that. Be open to the possibility that more than one dietary strategy will work. And your commitment to it doesn't have to become your identity.

Examine different diets. Even the ones you're skeptical about. Test them with honest intentions. Make room in your nutritional toolbox so that you can pull from it for the rest of your life. Be about the results, not the labels. – Dani Shugart

While intermittent fasting has some benefits, it can easily lead to muscle loss, fat gain, and even disordered eating. Here’s what gurus won’t tell you.
Dietary Myth Busting, Feeding the Ideal Body, Intermittent Fasting, Nutrition & Supplements
Dani Shugart January 21
Two years ago my wife and I tried cyclic ketogenic dieting. We knew that many of the concepts behind these diets were valid but there was a practical, behavioral problem for us: we could no longer function as a stable, productive human beings on such low carb intakes.
Feeding the Ideal Body, Nutrition & Supplements
Lonnie Lowery, PhD January 30