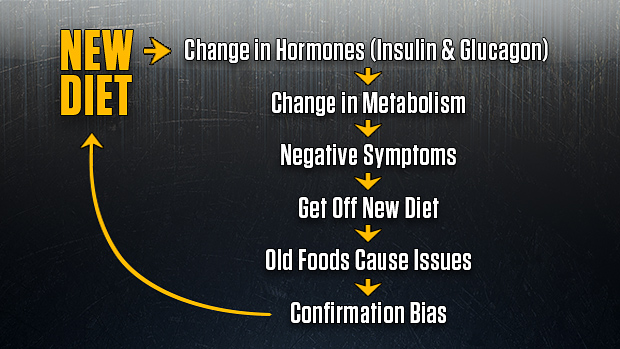 "Carbs Don't Agree With Me Now"

What Do Health Nuts and Yo-Yo Dieters Have in Common?

Was It the Diet or You?

Do Any of the Above Scenarios Sound Like You?

Congratulations. You've succeeded where most people have failed. You've bucked the obesity trend and have lost a small mountain of fat. You feel better, you look better, and your health has greatly improved. Good for you.
Feeding the Ideal Body, Nutrition & Supplements
Chris Shugart July 21
Let's see if this situation sounds vaguely familiar. You're passionate about taking care of your body. You work out, you eat right, and you take supplements to fine tune the way your body looks, feels, and functions. If you piled up all the hours you've spent studying all this stuff, you'd think some University would just flat out give you a PhD.
Feeding the Ideal Body, Nutrition & Supplements
TC Luoma & Cy Willson December 6
Dawg Food for T-Men
Feeding the Ideal Body, Nutrition & Supplements
Steve Berardi April 20 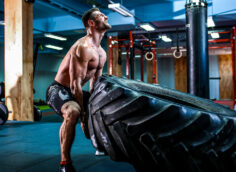