GLP and GIP are gut hormones. And they can make or break your ability to get shredded. Funny thing is, most people have never heard of them, and even the experts didn’t fully understand their impact until recently.

The Unexpected Revelations of Gastric Bypass

Gastric bypass surgery is becoming the treatment of choice for the morbidly obese. It’s also been viewed as “proof” that the calorie model of metabolism is correct: calories in, calories out.

When the surgery was first developed, the idea was to reduce the volume of food that could be eaten. The observed weight loss was thought to be due entirely to the fact that patients ate and/or absorbed less. This decreased calorie intake was thought to be the sole reason for the weight loss.

If you physically reduce the size of the stomach, then people can’t eat as much and will lose weight. That was the theory, and calorie reduction is definitely playing a role. But is this the whole story? 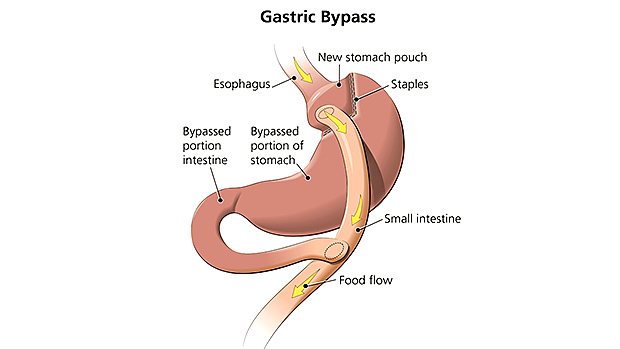 A new understanding is emerging. There is an unintended, and only recently understood, consequence of these gastric bypass surgeries: reduced hunger and (to a lesser extent) fewer cravings. How can this be? The operation doesn’t take place in the brain, which is the area controlling these sensations.

Even more interesting, a high percentage of those coming out of surgery were diabetic or insulin resistant and had complete resolution of their condition. Imagine, before going into surgery you were plagued with constant hunger, relentless cravings, and diabetes. After recovering, you find your hunger and cravings are gone and the diabetes is completely cured.

The digestive system isn’t simply a place to digest and absorb food; it also secretes hormones.

In order to assimilate food and regulate the metabolism, the body needs a way to communicate to the brain, pancreas, and other organs and tissues regarding the type of food coming in. Is it a big bowl of Fruity Pebbles requiring large amounts of insulin? Is it a huge steak that’s going to need to sit in the stomach awhile to be digested?

Lining our digestive tracts are “sensing cells” that sample the food being digested. These cells provide information to the body about the amount and composition of our food, and send signals via hormones/peptides to the brain, pancreas, fat cells, etc.

These “gut hormones” are now thought to be the major mechanism by which these surgeries may be working.

Glucose-dependent insulinotropic peptide (GIP) and glucagon-like peptide (GLP) may be the two most important hormones. These hormones are known as incretins.

They both act to shut down hunger in the brain and stimulate the release of insulin when they sense high amounts of glucose. They’re the reason the amount of glucose injected directly into a vein doesn’t create near as great an insulin response compared to that same amount of glucose swallowed.

In gastric bypass, GIP concentrations are reduced while GLP levels are elevated. This is because the sections of the intestine mostly containing GIP are removed from contact with food while the GLP containing segments mostly remain.

GIP and GLP have some very different effects on metabolism. They both suppress appetite and they both release insulin (but only when glucose is around). The obese and diabetic have less GLP activity, and the GIP impact in the pancreas is suppressed. 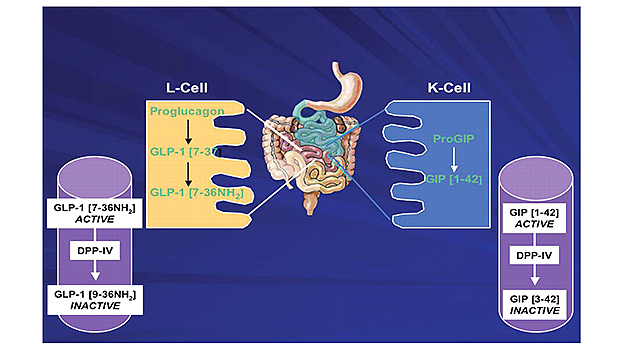 GLP has several actions that make it highly beneficial for diabetics and the obese compared to GIP. GLP reduces glucagon, a hormone that’s out of control in diabetes and causes glucose to constantly be released from the liver. GLP also helps the body make new, more functional pancreatic cells, restoring the proper insulin mechanism.

GLP decreases muscle breakdown. It slows the stomach from releasing its food content allowing other hunger hormones (like ghrelin) to remain suppressed for much longer.

All of this leads to more GLP, less GIP, lower glucagon (which normalizes blood sugar), restored insulin sensitivity and reactivity, suppressed appetite, decreased cravings, and increased fat burning. These changes positively impact the amount of calories that will be consumed.

Note: We’re uncertain how long this effect lasts since some patients can regain weight over several years, but rarely return to the same degree of obesity.

So What Does This Mean?

What this tells us is that weight loss isn’t a simple matter of calorie math, but rather a complex interaction of hormonal biochemistry.

Most people don’t need to go through expensive and risky surgery to have the same effects and benefits. GLP and GIP levels can be manipulated with food. Fiber (especially viscous fiber), protein, bitter foods, probiotics, and other factors are also able to manipulate these digestive sensing cells, delivering hunger reducing effects, helping manage cravings, and restoring insulin sensitivity.

How to Use This New Science for Fat Loss