The ketogenic diet is one of the hottest diet trends at the moment. Not fat-adapted yet? Not putting sticks of butter in your coffee? Welp, you can’t sit with us! (A sarcastic reference to Mean Girls, in case you missed it.)

I don’t know what’s more disturbing – putting sticks of butter in coffee or the fact that I memorized a line from Mean Girls.

Jokes aside, the keto diet isn’t anything new. In fact, it’s been around for almost a century and it’s commonly used in the treatment of epilepsy (1). Classified as a very-low-carbohydrate, ultra-high-fat diet, it involves the manipulation of macronutrients to induce a metabolic state called ketosis, a consequence of the lack of carbs.

The generic macronutrient makeup of the keto diet is about 60-80% of total energy intake (calories) derived from fat, about 20% from protein, and about 10% from carbohydrate (usually less than 50 grams per day) (2).

Recently, keto fans have peddled it as a superior method for improving body composition, purporting that the unique metabolic state – ketosis – outperforms any other diet. Let’s see what science says about that. 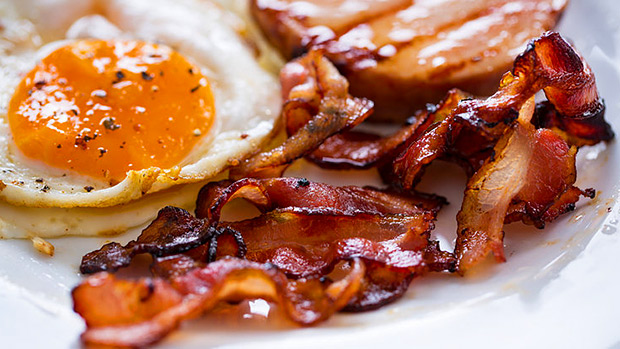 Why It’s Not Superior for Fat Loss

During the 6-week trial, participants were physically inactive, all food and beverages were provided, and caloric intake was strictly controlled.

Following the 6-week trial, the researchers found no significant difference in terms of total weight loss between both groups. Although not considered statistically significant, the NLC group actually lost more weight (and fat mass) than the KLC group. Fat-free mass didn’t significantly change in both groups.

Moreover, there were no differences in resting energy expenditure or respiratory quotient between groups. The authors concluded, “In the current study, the KLC diet did not offer any significant metabolic advantage over the NLC diet, but, because blood ketones were directly related to LDL-cholesterol concentrations and because inflammatory risk was elevated with adherence to KLC diet, severe restrictions in dietary carbohydrate are not warranted.”

Moreover, a more recent meta-analysis (a study of studies) by Aragon et al, scrutinized the ketogenic diet’s influence on body composition and found that as long as protein and calorie intake was matched between ketogenic and non-ketogenic diets, there was no disparity between them for fat loss (2).

Aragon and colleagues said, “To date, no controlled, inpatient isocaloric diet comparison where protein is matched between groups has reported a clinically meaningful fat loss or thermic advantage to the lower-carbohydrate or ketogenic diet.”

Why It’s Not Optimal for Hypertrophy

So the ketogenic diet failed to outperform any other diet at promoting fat loss, but what about for building muscle?

To build muscle, a few criteria must be met. First, subjects must be in a caloric surplus – ingesting more calories than they’re expending. Next, the subjects should be consuming adequate protein to build and repair skeletal muscle tissue. This usually amounts to 0.7g to 1g of protein per pound of bodyweight (1.6 – 2.2g/kg) (3).

Lastly, and most importantly, the subjects must be resistance training. A keto dieter should easily be able to meet the aforementioned criteria, right?

Not so fast! During a recent 8-week study by Vargas et al, 24 resistance training subjects were randomly assigned to a ketogenic diet group (KD), a non-ketogenic diet group (NKD), and a control group (4). A hyper-caloric state of 39 calories per kilogram of bodyweight was targeted in all subjects. Protein intake was matched at 2g/kg in both the keto diet and the non-keto diet group.

After eight weeks of a supervised resistance training program and diet intervention, lean body mass increased significantly in the NKD group and decreased in the KD group, albeit not statistically significant.

Although a caloric surplus was target in all groups, the KD group failed to reach it. Why? Well, we can only assume by the decrease in fat mass observed in the KD group that the satiating effects of the keto diet proved to be all too powerful, as referenced by several studies (5).

In another study by Greene et al, researchers followed intermediate and elite weightlifters and powerlifters on an ad libitum (unrestricted) conventional diet or ad libitum ketogenic diet over the course of three months (6). Like the results of the previous study, those following a ketogenic diet lost total body mass as well as lean body mass.

Sure, once you reach ketosis and become fat adapted you’ll start using fat as fuel; however, it won’t circumvent the laws of thermodynamics – calories in/calories out.

And since calories are central for both weight loss and weight gain, you’re better off choosing a dietary approach that’s sustainable. Those looking to gain lean body mass are probably better off sticking to a non-ketogenic diet.