Every few years there's a resurgence in meal reduction diets. Their premise? The optimal way to gain muscle is to greatly reduce meal frequency, while cutting out certain types of food altogether.

Example: The ketogenic diet hangs its hat on cutting carbs down to 25 grams or less per day so that you can start walking on dietary eggshells. Don't sneeze, stay up too late, or start your day with too much protein or it'll be game-over for your ketosis.

Intermittent Fasting (IF) is another dieting technique that reduces meal frequency. Typically, IF gives you an eating window of eight hours or less a day to make it easier to avoid overeating. Helpful if you want to lose fat? Sure, if you're not overeating during that eating window. But is it ideal for building muscle? No way.

If you're going to build muscle, you need to eat frequently. And yes, that includes carbs. However, that doesn't mean you need to eat 6-8 meals a day. Three complete meals and a couple of protein shakes over the course of a 24-hour period will be plenty. You'll pack on muscle mass without putting on a bunch of excess body fat to go with it. 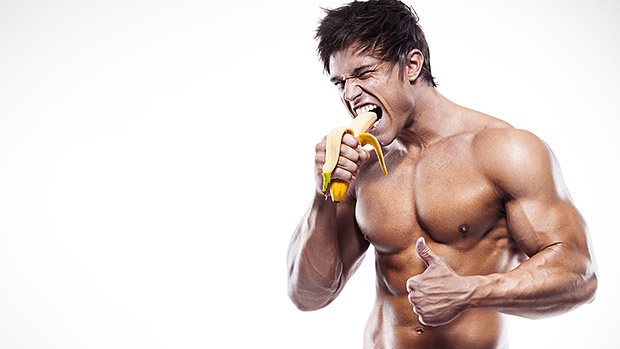 What somehow gets lost in all the fitness marketing hoopla is that if you want to build muscle, you need to get into a simple habit. It's called eating.

The general rule of thumb: You need an extra 3,500 calories per WEEK on top of your maintenance calories (2). That's 500 extra calories PER DAY for optimal muscle gains.

To find your goal calorie intake every day, you can plug your bodyweight into this formula:

For a 170-pound man, that's 3,060 calories per day. You can tweak that intake up or down based on your results.

So now that you know your goal caloric intake each day, how do you get there? Keep easy calories handy. These include nuts, dates, jerky, hard-boiled eggs, and cereal, foods that are tasty and easy to munch on. You can also consider adding a glass or two of juice or milk to the mix. Drinking calories is much easier than eating them.

Think of your muscles like a brick wall. Each brick that makes up your muscle wall is protein. The process of muscle protein synthesis is essentially adding new bricks to the wall. Of course, this means that by consuming the maximal amount of protein to build the wall, it's going to get really big, really fast.

But won't excessive protein intake get stored as body fat?

At the end of the study, all of the subjects gained nearly an identical amount of bodyweight. The only caveat is that the participants that consumed the most protein actually had slightly less body fat than the lower protein groups (1).

Bottom line: Consuming 1 gram of protein per pound of bodyweight is right in line with optimal muscle protein synthesis. In between your meals, enjoy your protein shake, guilt-free. 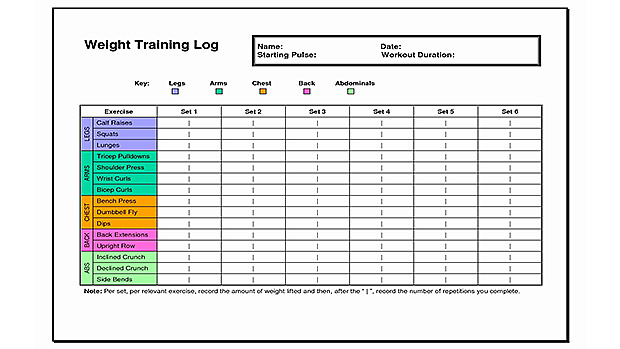 One of the most underused muscle-building habits is keeping track of progress. If you want to build the most muscle in the shortest amount of time possible, you need to measure your success.

In the kitchen this means, yes, tracking your calories. I understand that it's inexact, a pain in the butt, and requires effort. Then again, so does anything worth having. If you can't get yourself to track your calories if you're struggling to build muscle, then maybe getting jacked isn't the right goal for you.

In the gym, track your workouts. Tracking strength numbers in big lifts like squats, deadlifts, and the bench press are important, but so is tracking all your lifts. Don't just chase one-rep maxes. Track your lifts in the traditional 6-12 hypertrophy rep range too. It's a great way to monitor your progress.

When you're building muscle, your one-rep max might not improve, but if you're adding weight to the bar on 6-12 rep sets, you can ensure you're getting the overload needed to build muscle.

Also, track your progress by taking photos every month or so. The scale and tape measure won't always cooperate. Photos provide another way to track results. Besides, you're more concerned with how you look, not how much you weigh on the scale, right?

Plus, progress pictures are a great opportunity to notice "lagging" muscle groups and formulate a plan to bring those muscle groups out more. Pinpointing weak areas of your physique and then emphasizing them in your training through supersets, drop sets, or finisher sets, is going to result in muscle growth. 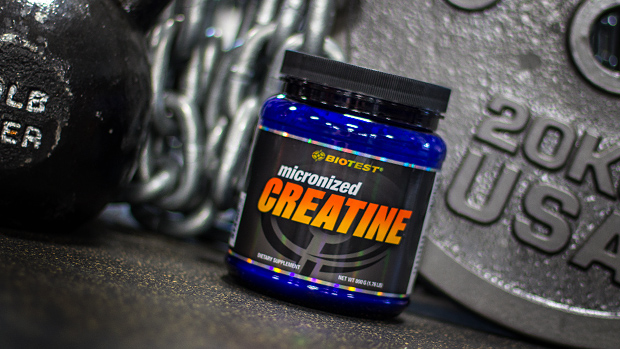 A few staples will help accelerate your progress. Here's are the two main ones you need:

In a study published in the Journal of Strength and Conditioning Research, researchers concluded that creatine supplementation can increase both strength and hypertrophy gains when taken a few days a week (3).

Another study, published in the Clinical Journal of Sports Medicine, concluded that creatine monohydrate supplementation increases the body's most potent form of testosterone – dihydrotestosterone (DHT), which leads to more strength and muscle-building gains, plus an anabolic fat burning advantage. In fact, two weeks after the study, DHT levels in the subjects remained 40% higher than baseline (4).

Fish oil has an excellent reputation for improving heart and brain health, but it's underrated as a supplement for building muscle.

In a study that measured the effects of 4 grams of fish oil on a group of 25-45 year old males for 8 weeks, researchers concluded that fish oil enhanced the body's anabolic response to amino acids (10).

Also, the EPA and DHA content in fish oil has been shown to support insulin function and increase glucose and fatty acid uptake into muscle cells. This process may help improve body composition by filling muscle cells (rather than fat cells) with more fuel during your workouts.

Now, I'm not going to make you sit at the table until you finish all of your spinach, but if you want to build muscle, you should do it yourself.

Building muscle requires that you eat more than you typically would, which is why you want to make sure you keep your digestive tract as healthy as possible.

Green vegetables are an excellent source of insoluble fiber – the kind that essentially makes you take bigger dumps, a.k.a. clean out your digestive system (6). Also, a 2016 study discovered that leafy greens feed the good bacteria in your gut (7). And by feeding healthy bacteria, you'll reduce inflammation in your gut and prevent stomach illnesses that could put you on the sidelines.

Plus, when your digestive tract is healthy your body has a better opportunity to absorb more micronutrients from all of that food you've been eating to build muscle. Without a clean digestive tract, the "nutritional content" won't be nearly as effective to help with hypertrophy.

Leafy greens that you need to get more of include spinach, Brussels sprouts, broccoli and anything else you pass at the market that has a dark green color to it.

7 – Get More and Better Sleep

Sleep is like hitting the reset button every night. It's when your body is focused on recovery, stress levels are low, hormones are rebalancing, and you're recuperating for the upcoming day.

However, the guys who slept for eight hours woke up with testosterone levels hovering between 500-700 ng/dl (8). The more sleep you get, the higher your anabolic hormones will be. So quit spending hours at night Googling "how to increase testosterone" and go to sleep.

But wait, there's more. Sleep deprivation can reduce insulin sensitivity, which can lead to fat gain, diabetes, and adverse heart conditions. One study found that lack of sleep impairs your body's ability to respond to insulin, one of the hormones that regulate your metabolism. In the study, seven healthy men and women spent eight days and nights in a sleep lab. On the first four days, they slept "normally." But on the final four days, their sleep was restricted to 4.5 hours.

After the four nights of sleep deprivation, blood tests revealed that the participants' overall insulin sensitivity was 16% lower than after the nights of normal sleep. Moreover, their fat cells' sensitivity to insulin dropped by 30% to levels typically seen in people who are obese or who have diabetes (9).

The senior author of the study said, "This is the equivalent of metabolically aging someone 10 to 20 years just from four nights of partial sleep restriction. Fat cells need sleep, and when they don't get enough sleep, they become metabolically groggy."

Plan what your week is going to look like. Set a goal time to get to bed every night that will allow for at least 8-hours of sleep. You'll increase growth hormone, keep your metabolism firing on all cylinders, and best of all, build muscle. 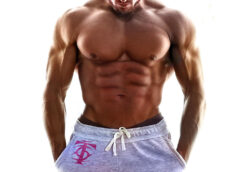 You're probably not losing muscle when dieting, but it can happen. Here's why, plus some easy ways to lose fat, not muscle, while leaning up.
Fat Loss Training, Nutrition & Supplements
Christian Thibaudeau April 23

Curcumin is widely known for its anti-inflammatory and pain relieving effects, but it may also be anabolic.
Building Muscle, Curcumin, Nutrition & Supplements
Brad Dieter, PhD September 19