The promise behind multivitamins is perfectly logical. Sure, take a pill to ensure that you get what you need to live and function well. That way, you presumably don’t have to worry that you didn’t choke down your organic kale on any given day. Too bad the promise is empty. Multivitamins in supplement form, taken as a way to fulfill pre-determined nutritional requirements, don’t work. Not a lick.

The Research Proves It

Fortman and his colleagues reviewed three trials of multivitamins and 24 trials of single or paired vitamins involving 400,000 participants. There was no clear evidence that the pills reduced all-cause mortality, cardiovascular disease, or cancer.

Likewise, Lamas and his associates assessed the effects of a 28-component multivitamin in 1708 men and women who had previously experienced myocardial infarction. After 4.6 years, they didn’t see any difference in mortality rates.

Grodstein and his co-workers didn’t have any better luck. They wanted to see if a multivitamin helped prevent cognitive decline in 5,947 men over the age of 65. After 12 years of poring over the records of the placebo group and the multivitamin group, they determined the answer was no.

Society, apparently, has turned a deaf ear to all this evidence, probably thinking that all it would take to cure that deaf ear is a multivitamin with a little extra magnesium, because sales of these pills continues to increase. Granted, there’s plenty of research that clearly points to the efficacy of certain individual vitamins or minerals in having a specific health or performance-enhancing effect, but the research regarding multivitamin or multivitamin/mineral formulations is unequivocal: They aren’t worth it.

It’s largely agreed that there are 24 vitamins and minerals essential to human life. Various organizations have come up with an alphabet soup of acronyms (RDA, DRI, etc.) that tell us just how much of these nutrients we all need to function and live. The trouble is, they’re all based on a bell curve and while they may hold true for a 150-pound municipal worker named Phil who lives in Akron, Ohio, they might not hold true for sweaty athletes, bigger (or smaller) people, or you.

Most vitamin C and most B vitamins, for example, are made in China, the vitamin C from mixing sulfuric acid with high-fructose corn syrup and the B vitamins from coal tar derivatives. Sure, there are “natural” ways to manufacture vitamins, but chances are if you’re taking a multi, you’re ingesting some stuff that’s a little ugly.

While there’s no proof, yet, that these Frankenstein vitamins are less effective or not chemically equivalent to the natural stuff presumably manufactured by filtering organic mangos through the gossamer panties of angels, it just doesn’t smell right, literally or figuratively.

3. So many possible interactions.

Vitamins A, D, E, and K are fat-soluble and as such are best taken with food. Iron shouldn’t be ingested with coffee or tea because tannins interfere with absorption. Likewise, iron interferes with the absorption of zinc and copper. Vitamins E and A can counteract K.

And then there’s the problem of phytates, which are compounds found in whole grains, legumes, nuts, and seeds. They’re problematical in that they interfere with the absorption of trace minerals. In regions of the world where phytate consumption is high but consumption of meat and seafood is low, you see epidemic mineral deficiencies that manifest themselves as developmental delays, mental deficiencies, dwarfism, and hypogonadism.

What that means is that if you’re one of the millions who takes your multi with their phytate-laden morning oatmeal, you’re pooping out some exceptionally high-quality fertilizer every day. It also means that taking a pill to handle most of your nutritional needs is pure folly since there are just too many possible interactions and pitfalls.

4. Cherry picking and not seeing the big picture.

Science has established that there are pretty much 24 essential vitamins and minerals and it’s easy to see how some simplistic, two-dimensional thinking would lead to the assumption that you just have to isolate these substances, stick them all in pills, and feed them to the world.

However, we’ve seen that it usually doesn’t work. People don’t get healthy or stay healthy from ingesting multis. Maybe, just maybe, these nutrients aren’t supposed to be isolated and taken by themselves. Maybe they need to be taken in whole food form to be truly effective. Maybe the nutrient needs to work in conjunction with some (or maybe even all) of the micronutrients and phytochemicals intrinsic to the whole food source for it to work.

Where Should I Get My Vitamins and Minerals From?

Eating some isolated multivitamins in pill form might not do much to ensure health, but getting those same vitamins in the form of a blueberry, a banana, or a kumquat might go a long way in feeding your body what it needs.

As evidence, 500 researchers from more than 300 institutions in 50 countries compared notes from over 100,000 data sources and wrote something called the Global Burden of Disease Study. The purpose was to determine what specifically was causing the most deaths on the planet and the authors of the study came to a jaw-dropping conclusion.

They reported that the biggest killer of humans was diet, which is/was responsible for killing almost 5 million people a year, but that’s not the jaw-dropping part. The jaw-dropping part was this: The specific aspect of diet that was killing people was fruit, or rather, lack of it. If Americans, for example, ate just one more serving of fruit a day, it would presumably save 30,000 lives every year.

And no, the scientists didn’t recommend government-issue multivitamins as an alternative. They recommended natural, colorful, flesh, juicy, off-the-vine or even in a can, fruit. So sure, it’s a given that fruits are nutritional powerhouses, but perhaps surprisingly, when it comes to nutrient density, fruits get their nutritional butts kicked by vegetables. 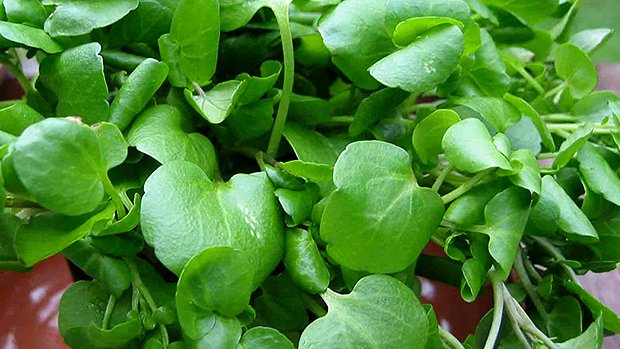 The 17 Most Nutritious Fruits and Veggies

Scientists come out with classifications about the nutritional value of foods all the time, but the current darling is the PFV, or Powerhouse Fruit and Vegetable scale. Like most such scales, its purpose was to determine which foods provide the most nutrients.

Little-known watercress, the stuff that pasty, foppish Englishmen put on their finger sandwiches, gets top billing as the most nutrient dense food. Equally surprising is that of the 41 foods on the list, only seven of them are fruits, with all seven of those fruits ranking on the bottom half of the list. The top nutrient dogs are all vegetables. Here are the top 17:

If you’re the average Dorito-munching American, you probably couldn’t identify any of those vegetables with the possible exception of spinach, romaine lettuce, and red peppers. As this list is, it ignores a lot of nutrients that are pretty damn important to human health, like vitamins A, B1, B2, B3, B5, B6, B7, B9, B12, C, D, E, and K. Neither does it consider the role of the myriad phytochemicals that play perhaps as great a role in human nutrition as the more commonly known nutrients.

You see where this is going, right? Eating right is hugely difficult and while it would be nice to take a pill or capsule that would address all our nutritional and health concerns, it isn’t currently possible. What we need is a general prescription for health, one that combines eating nutrient-dense foods, taking specific vitamins or compounds with known, proven health benefits, and even using an over-the-counter drug. 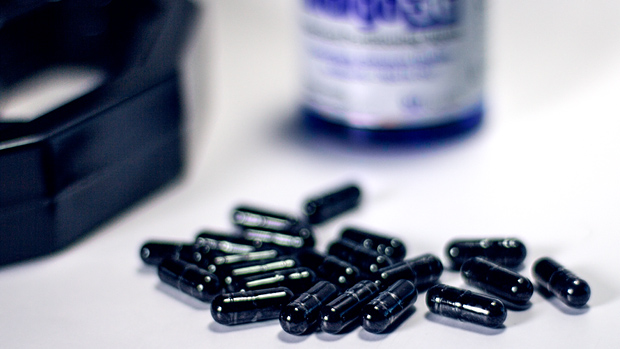 A Prescription for Health

Ditch the multivitamins. Here are 19 things that actually work.