Q: What's the final word on tuna and mercury? Tuna is a bodybuilding staple, but I'm starting to worry that I eat too much.

A: Short answer: Don't worry about it.

I say that as someone who's as worried as anybody on earth about the toxic effects of mercury, not to mention the lackluster efforts of governments to control it. There's no doubt that it's in an awful lot of fish. Where it gets tricky is when we try to define the point at which it poses a real danger to our health.

That depends on a lot of factors. A pregnant woman and her developing fetus are far more vulnerable than the average bodybuilder. Many of the warnings about high-mercury fish were in fact targeted at that population (pregnant women, not bodybuilders).

Then there's the question of how you define a "safe" level. Many people think the government's standards are too lax. To them, it's as if we said "speeding" only applies to driving over 120 mph. If that's the standard, then all of us drive safely.

But let's look at it from the other direction. If you stop eating fish, there's a price you pay. Most experts think the cost of giving up fish, in terms of global health, far outweighs the possible problems caused by mercury in your system.

Two things you can do: One, consume a lot of selenium, which seems to have a chelating effect on mercury. Two, you can get your tuna from the same place I get mine: Vital Choice in Alaska. I don't have any ownership in this company, by the way. I just think they have the purest and best fish anywhere.

On balance, I think the benefits of cold-water fish like tuna and salmon, which are such amazing sources of protein and omega-3s, far exceed the possible danger. If you're pregnant, I might modify that advice, but not by much.

Q: I have a problem. I want to build as much muscle as possible, and that means eating big and training hard. But I also want to live a long time, and it seems that calorie restriction may help with this. Does calorie restriction work? Are muscleheads like me going to die young?

I don't know of any studies on how long professional bodybuilders live, but for what it's worth, consider a couple of examples.

You may remember Chris Dickerson, the 1982 Mr. Olympia. 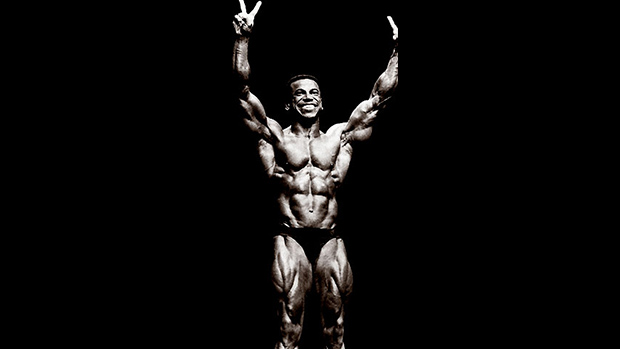 When I lived in New York in the mid-1990s, I trained at a gym where Chris worked as a trainer. He sure didn't look like he did on stage in 1982, but he looked fit, healthy, and robust.

And my friend, former Mr. America Tom Terwilliger, is the picture of glowing good health. He's a successful motivational speaker and coach, but he's just a fraction of the guy who was on the cover of Muscular Development. 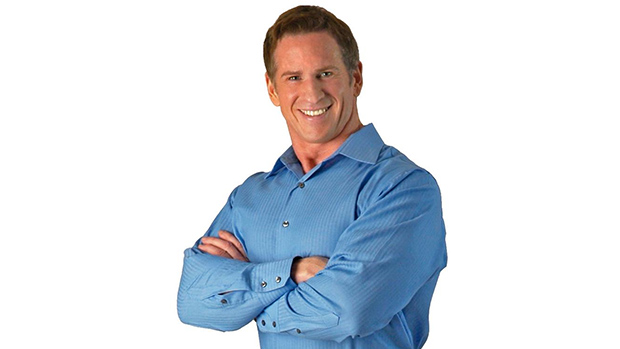 While I can't speak for those guys, I assume neither follows the same "supplement" program he used back in the '80s, or trains quite as hard. Ditto with Lee Labrada. But these guys are in great shape and have healthy, active lifestyles. It's hard to see any reason why they would die early. Quite the contrary.

That said, the research does show that calorie restriction is a pretty potent life-extender. Cutting back about 25 to 33 percent seems to do it. That's not the strategy to follow if you're trying to bulk up, but you don't need to look like a vegan bean sprout to get the benefits.

Personally, my guess would be that as long as your calories are coming from really good sources, you're not abusing your body (you know what I'm talking about), and you're getting adequate rest, sun, sleep, and balance in your life, you'll be fine.

And remember, goals change as we get older. When you're pushing 60 it may not be as important to look like Dorian Yates. You'll probably settle for low body fat, high energy, nice musculature, and all your sex organs in good working order. Being the biggest on the block may not be as important as being alive and well and still able to go all night.

Q: I've seen claims that chia seeds are better than flaxseeds or even fish oil. What do you think?

A: Wild guess: You heard those claims from someone trying to sell you chia seeds.

Overall, they're not terribly different. In the amounts you're likely to consume – a couple of tablespoons here and there – it shouldn't make a huge difference, except in terms of convenience. You have to grind flaxseeds because they have a hard coat; chia seeds don't.

To be fair, there have been some studies of chia – a member of the mint family whose real name is Slavia Hispanica L. – that show it lowers blood pressure and inflammation and improves blood-sugar control in diabetics. But there's been a lot of research on the benefits of flaxseeds as well. One thing that flaxseeds have over chia seeds is the presence of lignans, which have been found to have multiple health benefits, including anti-cancer activity.

There's been a ton of press about a particular brand of chia seeds called Salba, which the manufacturers claim is far superior to "regular" chia. In fact, they used Salba in the research study I mentioned above.

But Wayne Coates, Ph.D., a research professor at the University of Arizona and the author of a great book on the subject (Chia: Rediscovering a Forgotten Crop of the Aztecs) thinks the marketing of Salba is a crock; he says it's "just white chia." His website compares white and black chia, and you can see at a glance that there isn't a difference. So there's no reason to pay a premium price for Salba.

As far as the comparison to fish oil, that's totally ridiculous. Chia and flax are sources of alpha-linolenic acid, a plant-based omega-3, so it's fair to compare them. Fish and fish oil contain EPA and DHA, two completely different omega-3s that in my opinion are more important. There's no comparison!

The body will make EPA and DHA from alpha-linolenic acid, but not terribly well. If alpha-linolenic acid is your only source of omega-3s, you'd better be sure you're getting at least a tablespoon or more of flaxseed oil a day, or a couple tablespoons of flaxseeds or chia seeds. The best flaxseeds are Barlean's Forti-Flax, which are organic and have a nutty taste. You can sprinkle them on anything.

On the other hand, with chia seeds you can always stick them on some stupid little clay figurine and give it as a Christmas gift to someone who hasn't discovered video games.

Q: Is it true that the amino acid theanine can help me relax?

A: I wrote about L-theanine in my book, The Most Effective Natural Cures on Earth, where I touted its ability to reduce anxiety. Which it does.

It's a non-protein amino acid found in green tea, which may be one of the reasons you don't usually get the jitters with tea, even if it's caffeinated. I think it's the bomb, and I always keep a supply on hand when I'm dealing with editors (except, of course, the editors of Testosterone Muscle).

Theanine blocks the binding of L-glutamic acid, an excitatory neurotransmitter, to glutamate receptors in the brain. If you think of glutamic acid molecules as lamps, and the receptors as electrical outlets on your wall, then theanine basically shuts down some of the wall outlets. Fewer lamps get lit, there's less bright light, and the brain gets less "excited." Make sense?

A 1999 study measured brain activity of volunteers after they were given 50 to 200 milligrams of L-theanine. The supplement helped generate alpha brain waves, which are relaxing. Theanine also increases GABA, a calming neurotransmitter.

The Joke Is on Diet Coke

Q: Will diet sodas make me fat, like the studies say? How could something with no calories have that effect?

A: We don't know for sure if they will "make" you fat, but they're linked to being overweight in several troubling ways.

Two years ago, a study at the University of Texas Health Science Center found that there was a 41 percent increase in the risk for being overweight for every single can of diet soda a person consumed. "What we saw was that the more diet sodas a person drinks, the more weight they're likely to gain," said Sharon Fowler, an epidemiologist who presented the research to the American Diabetes Association.

We don't really know why this happens, but we have some theories. One is psychological; many people unconsciously consume more food, thinking it's okay because they're drinking Diet Coke. I call this the Disneyland Theory – just go to Disneyland and watch the people waddling around with a bag of fries in one hand and a diet soda in the other.

A second theory is that the "stimulus" of sweetness may produce an insulin response in the body through classical conditioning – think Pavlov's dogs – even though there are no actual calories in the sweet-tasting liquid.

The most promising line of research suggests that noncaloric beverages that taste as if they should have calories somehow disrupt the brain's built-in circuits for calorie monitoring and appetite control.

No one really knows yet. It could all turn out to be coincidence – fat people just drink more diet sodas. But I doubt it. And in any case, there are so many other reasons to avoid the chemicals and artificial sweeteners in diet soda that giving them up is a good thing no matter what their effect on weight turns out to be.

Q: Lately, I'm hearing from a lot of places that vitamins and other supplements just create expensive urine. Is that true? Am I really just pissing it all down the toilet?

A: Next time some idiot tells you that, suggest that he explain the concept to the cocaine addict who just spent a week's salary on nose candy, or a Mr. Olympia contestant whose medicine chest is overflowing with Deca and D-bol.

What's one overlooked food that all lifters and fitness fanatics should be eating? We ask 12 of our experts. Their answers will surprise you.
Diet Strategy, Feeding the Ideal Body, Nutrition & Supplements, Omega-3 Fatty Acids, Protein, Vitamin D
T Nation January 13