Breaking Down the Zone

Q: What do you think about the Zone Diet?

A: In the middle of the "fat is bad, carbs are good" era of the diet and fitness industry, Dr. Barry Sears emerged as a member of mainstream counterculture, pushing the idea that excess carbohydrates were behind the problem America was having with obesity.

While the contention that excessive starchy carbohydrates increase storage of body fat while at the same time have a negative impact on cardiovascular function wasn't novel by any means, Dr. Sears and the Zone Diet brought a new spin to the lower carb clan with his emphasis on eicosanoid modulation through diet.

Oddly, the Zone has never been looked at much by the bodybuilding and performance community, despite all its original trials being done on top level athletes. While the Zone Diet, like all diets, has its shortcomings, it also has a fair amount of useful information that everyone could benefit from hearing.

The Zone, like any diet, has its rules. One of the criticisms of the Zone is that it's extremely strict. But I'd argue that if you're eating with a specific meal plan to guide you, the Zone is no more strict than any other diet. Here are the rules:

These rules don't sound too bad, right? The 40/300/30 calorie breakdown is a common recommendation to athletes, but some may consider designing each meal to have this macronutrient distribution a little overkill.

Most people would also agree that 1g/lb of body weight is a good starting point for protein consumption. The addition of extra fats for a hard training athlete is debatable, as one could argue for increasing the other macronutrients as well. But this would take away from the "magic of the Zone."

Dr. Sears is also in good company with his condemnation of high glycemic carbs, as Atkins, Poliquin, and DiPasquale would probably agree with him. For me, making ketchup off-limits is going a little too far as it would be hard to live without even a little ketchup on my eggs.

By now you might be thinking, "So far, so good. Why don't more people like the Zone?" In regard to the most common complaint that it's too hard to follow, Dr. Sears proposes "the eyeball method" in which you fill one-third of your plate with protein, two-thirds of your plate with non-starch veggies, and sprinkle the whole thing with monounsaturated fats. That doesn't sound too hard, does it?

In the Zone with Sears and Duchaine

In the May 1996 edition of Muscle Media 2000, Dan Duchaine bucked up on his biochemistry and took on Dr. Sears and his claims. Let's take a look at this epic battle of the minds:

Sears says: The source of protein isn't that important.

Roussell says: Duchaine is right here. Dr. Sears considers gelatin a protein source throughout the recipes found in the Zone book. Sticking to high quality protein sources is recommended. Duchaine mentions milk proteins and I'd stress the inclusion of a quality casein and/or milk protein blend.

Sears says: Foods with a glycemic index above 50 are a no-no.

Duchaine says: Foods having a GI over 70 are to be avoided.

Roussell says: It depends on the time of day. Throughout the day, foods with a GI of 50 or less (e.g. green leafy carbs) should be consumed. But following a workout, high GI carbs are the way to go.

Sears says: Alpha linolenic acid and arachidonic acid are to be avoided.

Several supplement companies are coming out with AA products without really thinking about the consequences (that probably doesn't surprise anyone). In fact, on the labels they recommend that people refrain from consuming omega-3 fats while using the products. Yeah, that sounds like a good idea!

AA is extremely pro-inflammatory but it's a necessary part of the diet. Because omega-6 fatty acids are so ubiquitous in the environment, no one is at the risk of not consuming enough AA, even on the Zone diet. Plus there are better, potentially safer ways to increase Testosterone production than supplemental AA.

Sears says: Avoid rice, potatoes, and a long list of other foods.

Duchaine says: It's not necessary to avoid these foods; the evidence of a longer lifespan just isn't there.

Duchaine says: Two-thousand calories a day is too low for a bodybuilder, unless he wants to lose weight.

Roussell says: One of the points of the Zone is reduction of body fat (the other main one is hormonal balance/control).

Duchaine says: Over-consumption of any macronutrient will make you fat.

So, the Zone Diet has its flaws, but you should definitely not disregard the complete message. For example, Skip LaCour writes in his book, Bodybuilding Nutrition, about seeing a bodybuilder at a local competition in absolutely incredible shape (it would have to be good to impress Skip).

They got to talking afterward and Skip found out that this bodybuilder used the Zone Diet while preparing for the contest. Skip went out and read Enter the Zone. He didn't adopt the complete Zone approach, but he did make changes to his nutritional plan (namely adding more fats) and saw very good changes in his physique.

On a side note, Skip increased his fat intake by adding canola oil to his salads. To this day, I don't know why he chose canola oil over olive oil. It's just gross.

The Whole Truth About Trans Fats

Q: Mike, what's the deal with trans fats? How bad are they? Some people say that red meat has trans fats. How can that be?

A: Trans fats have been getting a lot of attention lately. At first I thought it was a black and white issue – trans fats are bad and you should remove them completely from your diet. This is probably an opinion shared by most people, but it goes a little deeper than that. Let's break down some myths and look at the research on trans fats.

The average American consumes up to 4% of his calories from trans fat. You might reply, "So what, Mike? I don't eat that crap filled with hydrogenated oils. I don't consume any trans fat!"

That's where you're wrong. Of that 4%, 1% are not from hydrogenated oil, but animal products. So as a T-Man or T-Vixen, it's reasonable to conclude that you actually consume more than 1% of your calories from trans fats.

Elaidic acid is the main trans fat found in hydrogenated soybean oil and thought to be the trans fat that increases the risk of cardiovascular disease (although there's still some debate in the scientific community).

If trans fats don't occur naturally, then how do they get into animal products? The rumen (one of the four parts of a cow's stomach) of ruminants (e.g. cows or animals with four chambers in their stomachs) contains bacteria. These bacteria actually hydrogenate polyunsaturated fats and convert them to trans fats and saturated fats. Interestingly enough, free-range, grass fed cattle have higher levels of trans fats because they eat a diet higher in alpha linolenic acid – an omega-3 fat (think flaxseeds) – and other polyunsaturated fats that get converted into trans fats.

Fortunately, epidemiological data show that these "natural" trans fats don't increase your risk of heart disease, but they may instead confer some cardio-protection. There's definitely more research that needs to be done in this area. 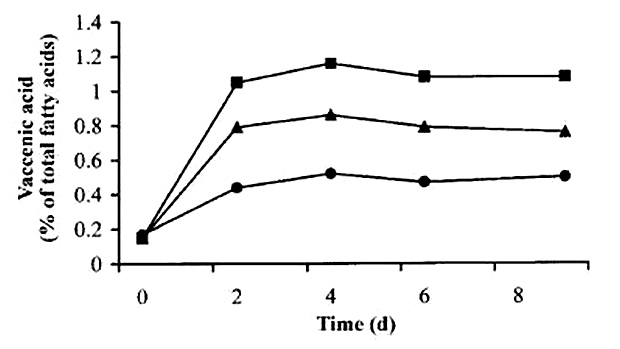 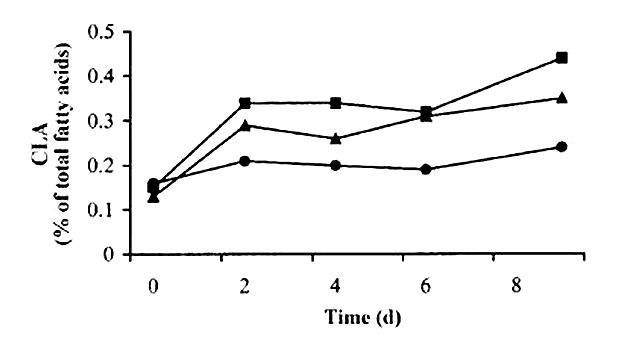 With cities like Chicago and New York talking about banning trans fats, and KFC recently announcing it's going trans fat free, the trans fat issue is definitely in the spotlight. But there are some interesting things that aren't really being talked about in the media.

First off, let's look at why trans fats are a target. The main target in most people's heart attack prevention plan is the reduction of LDL cholesterol (the "bad" cholesterol). Trans fats raise LDL cholesterol [2]. The reasoning from there is simple: reduce trans fat and you'll reduce heart disease.

Companies have been making efforts to reduce trans fat and as a result there's been a new generation of soybean oils entering the market. This new generation of oils is good for frying and baking, but not as good for your health because they've reduced the levels of omega-3 fats from 8% to 1%. The thing is, in the Netherlands they don't seem to have a problem developing stable oils higher in omega-3 fats.

Probably one of the biggest companies in the trans fat spotlight is McDonalds. Since 2002, McDonald's has been promising to reduce and/or remove trans fats from their food. A year later they said they were having trouble making the transition and needed to push back their timeframe. The people who run McDonald's in the USA must not talk to the people that run McDonald's in the Netherlands because they haven't had the same problems.

Believe it or not, only one of these is about your crappy diet. Check out all the tips here.
Diet Strategy, Fat Loss Training, Feeding the Ideal Body, Nutrition & Supplements
Mike Robertson July 20 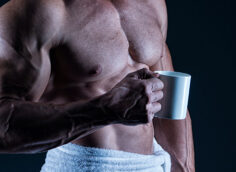 The more coffee you drink, up to a point, protects your liver against your hooch drinkin', pill poppin', steroid-injectin' ways.
TC Luoma July 25 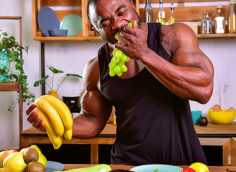 A huge study finds that you won't get any benefits from eating more than 5 servings every day... but they're missing something.
TC Luoma April 28

We don't know what's better, the fact Biotest was finally recognized by the outside world for its quality, or that Tim Patterson agreed to a rare interview! We call it a coin toss.
Nutrition & Supplements, Performance Proteins, Protein
TC Luoma July 18