The ketogenic diet (keto) has many potential benefits ranging from preventing epileptic seizures to potentially “starving” cancer cells. Unfortunately, when it comes to transforming your body, it’s not the magic cure it’s made out to be.

Can it help you lose fat? Sure, by satiating your hunger, helping you eat less, and creating a caloric deficit – just like any other diet. But when it comes to building muscle? It fails miserably.

A Primer On the Keto Craze

Ketosis occurs by depleting your body of stored glycogen and incoming glucose from carbs. As a result, your body breaks down fat, creating molecules called ketones to use as fuel.

Can you lose fat while following the ketogenic diet? Of course. But can you build actual muscle on it? Well, it’s possible, but not easy, likely, or ideal. I could walk from my house (in Georgia) all the way to San Diego, but it would be much faster if I took a flight. Hypertrophy while on keto is kind of like that.

When it comes to building muscle, carbs and a balanced diet are far superior because they give you adequate (and preferred) fuel for anaerobic performance. And above all else, they make it easier to consume enough calories to trigger muscle growth.

Let’s take a look at the science while keeping our eye on the goal: more lean muscle mass.

A 2018 study, published in the Journal of the International Society of Sports Nutrition, tested how the ketogenic diet affected the body mass index (BMI) of 24 healthy males over the course of eight weeks.

The results? The keto group saw a significant reduction in fat mass, while the other two groups didn’t see a reduction in fat mass, but did see an increase in muscle gain. The researchers concluded that the keto diet might be an effective way to decrease fat mass without decreasing lean body mass. However, it’s probably not useful to increase muscle mass (1).

There’s some evidence ketogenic diets can work for endurance and ultra-endurance athletes. But it’s been established that glucose is the optimal fuel for high velocity muscle contractions and anaerobic sports like weight lifting and sprinting.

A 2019 study in the Journal of Sports Medicine and Physical Fitness took 16 men and women through a randomized, counterbalanced crossover study analyzing exercise testing under ketogenic diets versus higher-carb diets.

The diets were matched for total caloric intake with carb intake being the difference in the subjects. After analyzing dietary compliance as well as urine pH and ketone levels, testers administrated the brutal Wingate anaerobic cycling test.

This means your ability to perform the types of exercise that are best for building muscle is impaired with low-carb diets.

If your primary concern is building muscle, you need adequate protein to do so. Unfortunately, keto isn’t only a low-carb diet, it’s also a low-protein diet. Too much protein can prevent you from getting and staying in ketosis.

Obviously, yes, you can increase protein intake with your diet. But reaching adequate protein levels often dictates you’ll eat more protein than recommended in the ketogenic diet, pulling you out of ketosis. Therefore, you’re not really following a ketogenic diet – you’re following a low carb, moderate protein diet – a glorified Atkins diet basically, like your mom tried once. 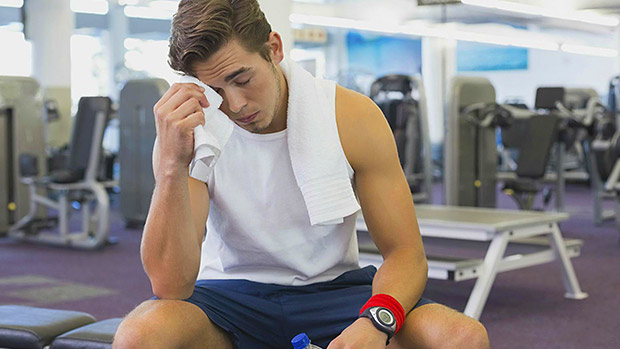 For building muscle, testosterone is important. Fat intake is essential for healthy T levels since cholesterol, found primarily in animal products, serves as a precursor for testosterone production, among other things.

Going deeper, you need to understand the role of glucose. Glucose from carbohydrates plays an important role in GnRH (gonadotropin releasing hormone) levels. Its secretion leads to other vital hormonal functions in the body. GnRH leads to the release of follicle-stimulating hormone (FSH) and luteinizing hormone (LH) – both of which are precursors to testosterone production.

So without enough carbs, these processes won’t run like they should and you’ll miss out on testosterone and forfeit muscle growth.

So what do studies show about testosterone when you jump on the ketogenic bandwagon? One, published in the European Journal of Applied Physiology, tested the differences between a low-carb diet (30 percent carbs) and a high carb diet (60 percent carbs) on T levels. The low-carb diet actually had a much higher percentage of carbs than what keto will allow, so it wasn’t a true ketogenic diet.

The men were tested after four days on this protocol. The researchers found that the men on the higher carb diet had a greater release of testosterone-producing hormones.

Also, those on the low-carb diet had greater levels of cortisol – your body’s stress hormone (4). How much higher would it have been if the men were on a true ketogenic diet with a much lower percentage of their intake coming from carbs?

Chronically high cortisol is a pure testosterone-killer. If your cortisol levels are elevated too high for too long, your testosterone will drop like a sack of soggy potatoes. And when your T levels drop, your body isn’t in the optimal environment for building muscle.

Not only that, but when cortisol levels are elevated for too long, your body begins to store fat. So in this way, not only does the ketogenic diet prevent you from putting on as much muscle mass as you could, but it may also cause you to store more fat than you would on a standard moderate-high carb diet.

The most important part of building muscle is what you do after you train. When you work out, you break down muscle tissue and deplete glycogen stores in the muscle. In order for your muscles to grow, you need to fill those muscles back up with glucose.

That’s where carbs come in. Carbs enhance the speed of muscle recovery and actually keep you from becoming catabolic. Catabolism is a fancy term for muscle loss. And the journal, Nutrition Today, shows that following up a workout with carbs is the surest way to prevent muscle loss from happening (5).

Your muscles need sufficient glycogen stores for energy so you can hit the weights as hard as possible. Without them, you’ll fall short of what you’re truly capable of achieving in the gym. You’ll lift less weight, which means you’ll also build less muscle.

Now, someone who’s privy to the ketogenic diet will say, “Well, the point of keto is that your body uses ketone bodies for energy rather than carbs. Isn’t it the same thing? You’re still getting energy.”

Though it’s true your body will use a “secondary source” to supply energy to your body, it’s just that – a secondary source. Ketosis is more like your body’s defense mechanism. Your body prefers to use carbs for energy, especially when it comes to building muscle.

But That’s Not the Worst Part

During periods when you don’t have enough glucose, your body then makes glucose in the liver… out of your amino acids.

This process of the liver making glucose from amino acids is called gluconeogenesis. Think about that. Ketosis basically steals the building blocks of muscle to use for something other than, well, building muscle.

If you think that sounds like a good deal, then maybe the ketones have made you a little loopy already.

But wait, even after sucking precious muscle-building amino acids out of your liver, it gets even worse. Sometimes the source of amino acids that your body uses from energy comes straight from muscle tissue. That’s right. If your body needs glucose, and you’re depriving it, your body will mutiny and pillage muscle tissue just to give itself energy. You’ll experience full-blown muscle breakdown (6).

That’s the cost of eating keto… hours of blood, sweat, and tears in the gym. Doesn’t sound worth it to me. 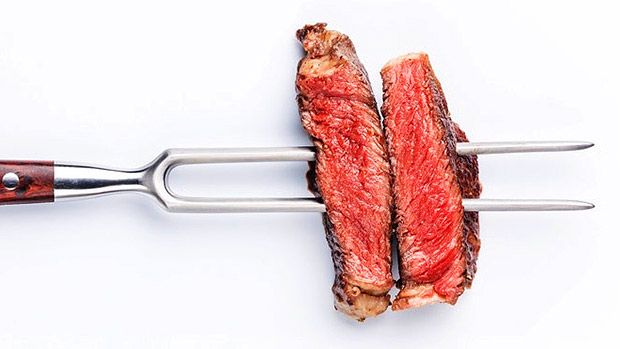 The ketogenic diet has its place. There’s promising research regarding life-extending benefits and, in some cases, it works wonders for fat loss. But let’s pump the brakes on hailing it as a one-size-fits-all diet.

Any diet strategy that makes it difficult to gain lean muscle isn’t ideal for lifters. This same logic applies to intermittent fasting or any other overly-restrictive diet. They may have their place when it comes to improving certain health outcomes or losing fat, but they’re not ideal for building muscle.

Don’t fall for the keto “muscle” rumors. Those who claim to have built muscle on keto are probably just people who’ve lost enough fat to display the muscle they’d already built with carbs and protein.

Despite how earnest the “experts” are, no amount of impassioned discussion can change the scientific data. Stay away from keto if you want to build muscle.